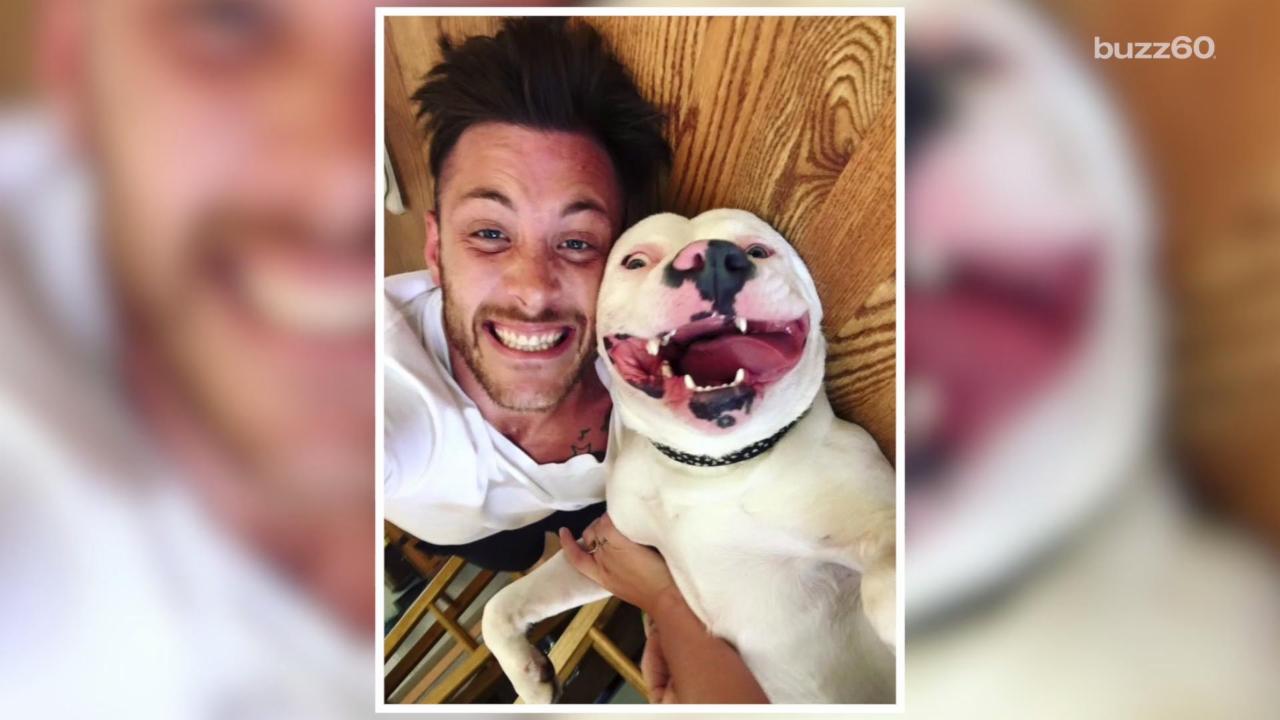 A Michigan family is facing bad news, after a photo of their grinning dog went viral.

Local police are saying the dog can't stay with his new adopted family after receiving calls from police claiming it is a pit bull. The breed is banned from the family's Metro Detroit township.

The owner, musician Dan Tillery, simply wanted to adopt a dog, when he found Diggy. The companionship was clearly mutual, as evidenced by the photo of Diggy's million-dollar smile.

A few days after Tillery took Diggy home from the Detroit Dog Rescue, the police came knocking on his door.

Some people who saw the photo believed Diggy looked like a pit bull and immediately notified the police.

The Rescue classified Diggy as an American Bulldog, not a pit bull. Still, the resemblance was too shocking to viewers, who were alarmed thinking the township would be at risk.

Police will have to investigate further to determine whether the shelter's classification was correct or if he falls into the pit bull breed.

His owner Dan Tillery captioned this image To all dog lovers and Suppoters of Diggy. Because Diggy still remains at his home with us, I was issued a citation today. Diggy is safe and happy. We are cooperating with the Waterford Police. All we can do now is remain hopeful that this can be resolved soon. Diggy Thanks you all for your support. 💪🏻🐶""T


Still, the township's ordinance that bans pit bulls gives officers the freedom to confiscate a dog if they believe it just looks like a pit bull.

More from AOL.com:
The Ghirardelli family mansion might be their most decadent product yet
The state of Maine will reimburse your vacation if you promise to do 1 thing
Clinton holds razor-thin lead in run-up to California primary