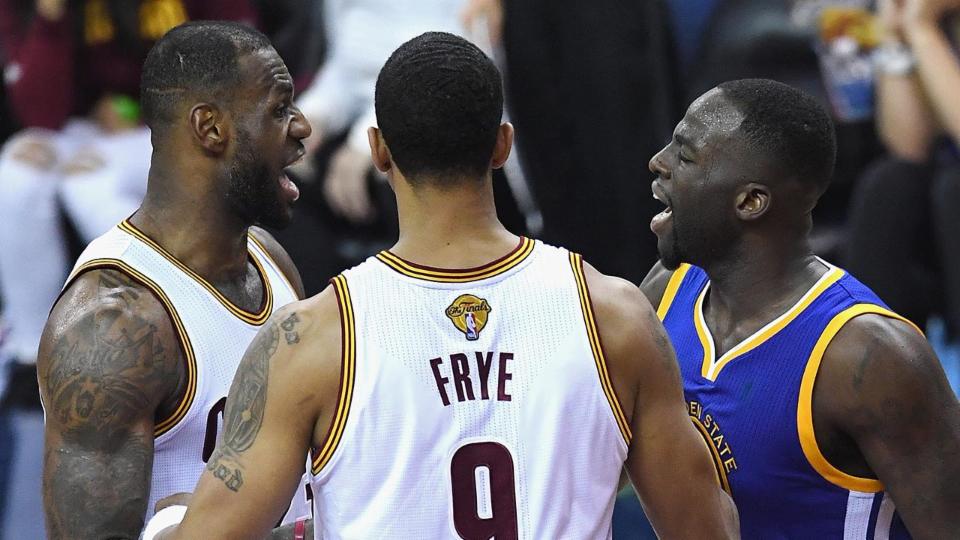 (The Sports Xchange) - Golden State Warriors forward Draymond Green is suspended for Monday night's Game Five of the NBA Finals against the Cleveland Cavaliers after he was assessed a flagrant foul 1 for his actions against LeBron James in Game Four.

Upon league office review, the penalty was announced Sunday by Kiki VanDeWeghe, the NBA's executive vice president of basketball operations.

"The cumulative points system is designed to deter flagrant fouls in our game," VanDeWeghe said in a statement.

"While Draymond Green's actions in Game Four do not merit a suspension as a standalone act, the number of flagrant points he has earned triggers a suspension for Game Five."

In accordance with NBA rules, Green will serve a one-game suspension without pay for accruing his fourth flagrant foul point of the 2016 postseason.

The incident occurred when Green made unnecessary contact with a retaliatory swipe of his hand to the groin of James with 2:48 remaining in the fourth quarter of the Warriors' 108-97 win in Game Four in Cleveland on Friday night.

Green fell down and James tried stepping over his head as Green stood up. Green then swung his arm and made contact with James' groin area as he stood up and the two players had to be separated. A double foul was called.

The league also said James has been assessed a technical foul upon league office review for his role in the altercation, which included a physical taunt.

In addition, the league announced that Cavaliers head coach Tyronn Lue has been fined $25,000 for public criticism of officiating.

Lue made his comments during the postgame press conference following Game Four as the defending champion Warriors rebounded from a 30-point loss by beating the Cavs and taking a commanding 3-1 lead in the series.

Lue was upset with the officiating after James took only four free throws in Friday night's critical loss.