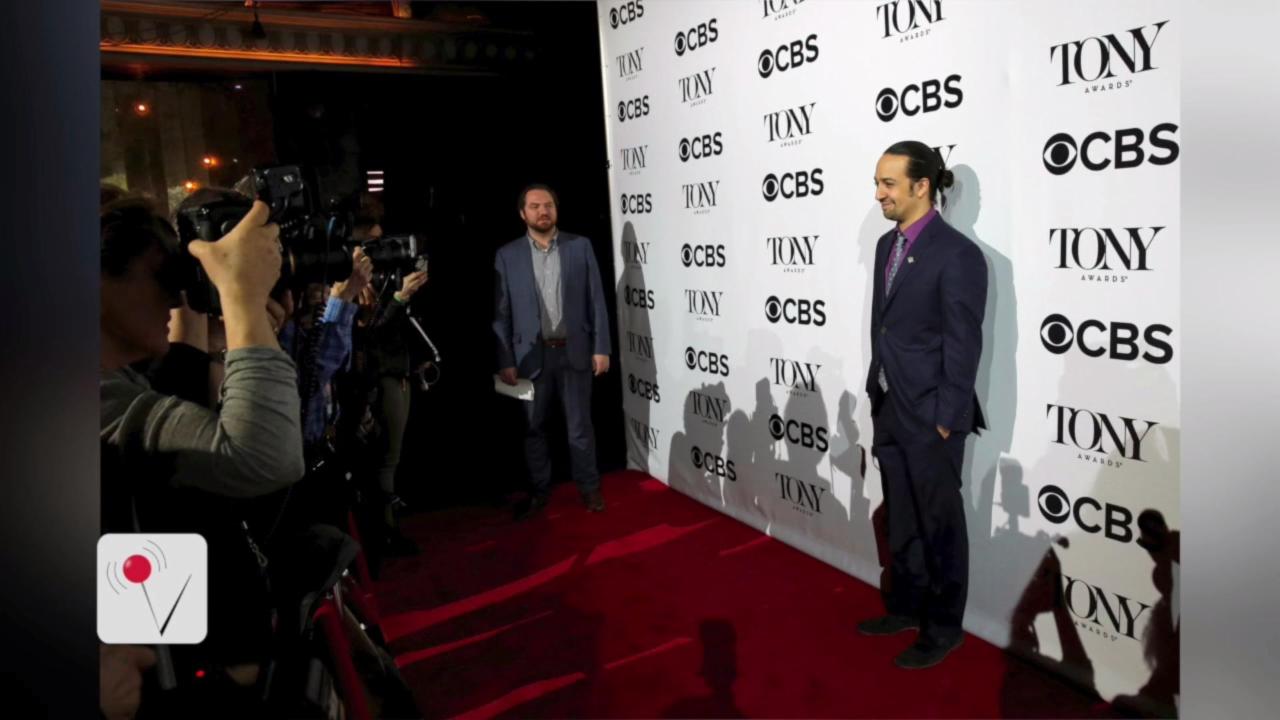 James Corden opened the 2016 Tony Awards with poignant words, addressing the Orlando mass shooting that happened just hours before the curtain rose on Broadway's biggest night. With his back to the theater audience, Corden addressed television viewers with a somber message.

SEE ALSO: How to help the survivors and victims of the Orlando mass shooting

"To those affected by this atrocity, all we can say is that you are not on your own right now," Corden said. "Your tragedy is our tragedy. Theater is a place where every race, creed, sexuality and gender is equal, is embraced and is loved. Hate will never win. Together we will make sure of that. Tonight's show stands as a symbol and celebration of that principle. This is the Tony Awards."

James Corden opens Tony Awards with moving words about Orlando shooting
The tragedy in Orlando is just beyond sad. My deepest regrets to all those suffering. There are no words that suffice. I'm...stunned.
Horrified by the mass shooting in Orlando. When will we do something to prevent these killing sprees?
Heartbroken about the shooting in Orlando. My prayers and thoughts are with you all in America. I pray for this world to change!
Tweeting about this kind of tragedy feels so insignificant. But let's all pray for Orlando FL today. And the world. I'm in disbelief.
Unspeakable. So much suffering today. My heart goes out to the families of the victims in Orlando. #Pride
All.
Another embarrassing day to be a human. My thoughts and prayers are with #orlando, the #LGBT community and sane people everywhere.
Knowing there are people in this world who are celebrating the massacre in #Orlando sickens me. The God I love LOVES EVERYONE!!!!
❤️Sad day.... My heart and love goes out to all the families effected by this senseless shooting and killing of innocent loved ones #Orlando
I don't really wanna finger-point and fight about this. I just want to be sad. #Orlando
Madness. Hideous and cruel madness. To the survivors, and families of those slain, I'm so sorry. #StopGunViolence
Waking up to this horrifying and heartbreaking news. I don't know what to say anymore. #PrayForHumanity #Orlando ❤️💛💚💙💜
To our gay, lesbian, bisexual, & trans friends-- the world is mourning. #LOVENOTHATE
Can't even fathom what the people in Orlando are going through right now. My prayers are with the victims' families & all those affected...
How many people have to be killed before we act as a nation to #EndGunViolence? #Orlando @Everytown @MomsDemand https://t.co/UBeBearjF2
My thoughts and prayers are w my brothers and sisters who were at Orlando's Pulse Nightclub. RIP to those who lost their lives.
I am speechless, sick, and so sad reading the news from Orlando. Sending strength to my gay brothers and sisters. 50 people!!!! FIFTY
I'm heartbroken by this tragedy. Praying for Orlando and the suffering created by this senseless violence.
Sickening news. All my love to Orlando.
I am heartbroken..My thoughts and prayers are with those affected by last night's tragedy in Orlando. 💔
Seeing the news this morning & my heart truly hurts. My thoughts and prayers are with all the victims families.. https://t.co/phACO5YV4N
How how how how can one have so much hate ????? My heart...... is so broken. Praying for the families of the Orlando victims. I am so sorry.
Just now catching up on the tragedy in Orlando... Sickening. Praying.
I'm heartbroken over this hate crime 💔 Thoughts and prayers go out to the people of Orlando 🙏
Love is the only answer. #prayfororlando
My heart goes out to the victims and their families. Our community has suffered a tremendous loss. We must stand together more than ever.
Heartbroken. Scared. Angry. So much senseless death in Orlando & across this country. Sending love & prayers to all suffering. Horrific
I'm heartbroken for the victims, for Orlando, for the LGBT community, for our country. When does it end?
I'm horrified & deeply saddened by the senseless, tragic shooting in #Orlando. My heart breaks for the victims, their families & loved ones.
Horrified watching the news. Where has the love in our world gone. Honestly I don't know what to say. So sad. So wrong #PrayingForOrlando
NO WORDS GOOD ENOUGH😫‼️WHEN UR HURT, WOUNDED, MURDERED WE ALL CRY‼️WE ALL MOURN ‼️WE R ALL LESS WITHOUT U MY EXTENDED FAMILY😥😭‼️#URNOTALONE
Saddened by the news this morning. Such a shame. My thoughts and prayers go out to those affected in Orlando.
I'm truly at a loss for words. To everyone in Orlando affected by this massacre, my thoughts, love, & prayers are with u ❤️💛💚💙💜
Hearing about this senseless & horrific tragedy in #Orlando. Heartbroken for my LGBTQ brothers & sisters. Time for change. #GunControlNow
Pray for the #Orlando community. Pray for the #LGBT community. Pray for the American community. https://t.co/lpRojXLl1R
My heart goes out to the victims and families of the horrific tragedy in Orlando. What has this world come to? Shocking!
Up Next

More from Mashable:
Carpool Karaoke with 'Hamilton' creator is the sing-along Broadway dreams are made of
'Hamilton' ditching muskets for Tony's performance in light of Orlando shooting
Forget Chewbacca Mom's 400k: 5 famous pets that made more money