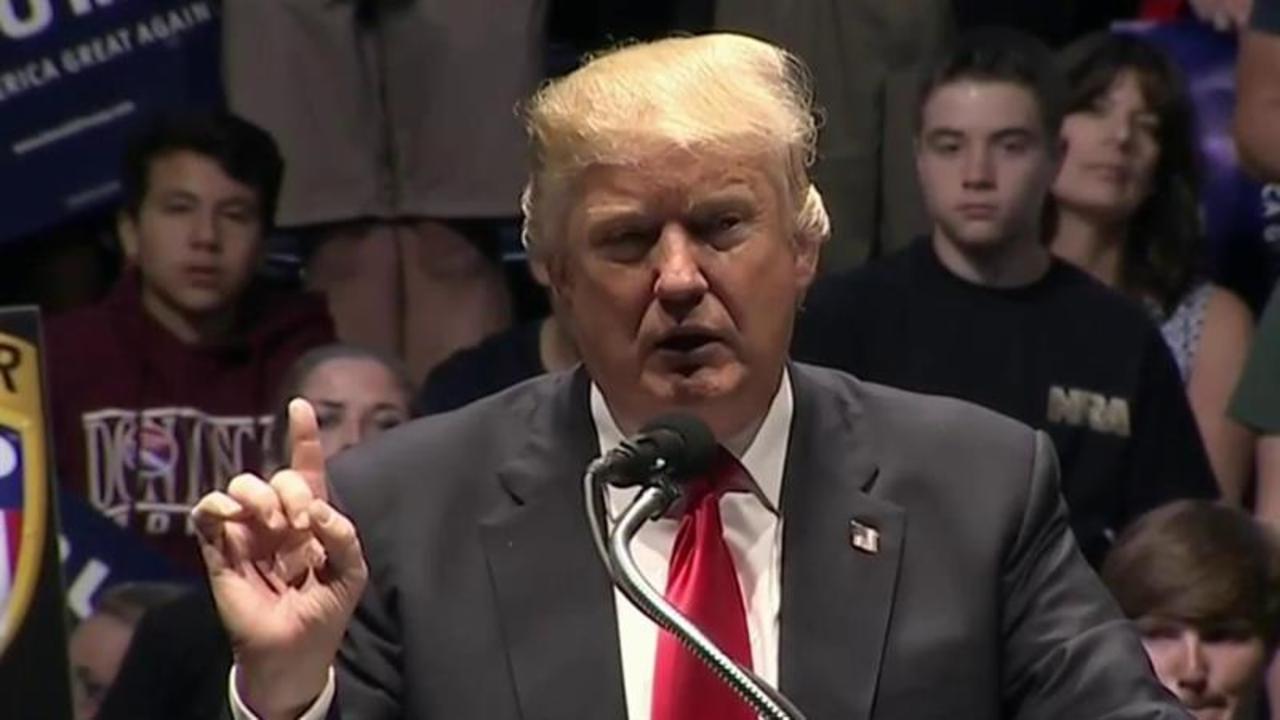 Don King, and so many other African Americans who know me well and endorsed me, would not have done so if they thought I was a racist!

After Trump's initial tweet, King said in an interview with the New York Daily Newsat Muhammad Ali's funeral that he was not officially backing the GOP's presumptive nominee.

That's not to say King isn't a fan of Trump. "I like Mr. Trump," said King told the Daily News. "He's an idol of America."

Even after King's comments, Trump still claimed King, who helped publicize Ali among other famous boxers, endorsed him. OnSaturday morning, the candidate tweeted, "Don King, and so many other African Americans who know me well and endorsed me, would not have done so if they thought I was a racist!"

Trump's defensive remark stems from recent backlash over his recent comments on the judge presiding over the lawsuit against Trump University. Trump has said Judge Gonzalo Curiel may be unable to conduct a fair trial due to his "Mexican heritage," particularly because Trump has called for a wall to be built along the United States' border with Mexico. GOP members have called Trump's comments racist, including House Speaker Paul Ryan, who disavowed Trump's comments, adding, "Claiming a person can't do their job because of their race is sort of like the textbook definition of a racist comment."

King defended Trump amid the recent racist accusations and said, "That's shaded the way the media wants to shade it."

Donald Trump still insists Don King endorsed him, despite King's denial
I REALLY want Donald Trump to win the election.
Everything i predicted is Happening. I told you guys Bernie Sanders didn't have the clout. i told you all he wasn't going to be the nominee
hillary has been GROOMED for the presidency. she's another one of the establishments robots here to carry out an agenda
trump is an asshole but he's not been groomed and programmed on some mkultra tip to DO & SAY what the establishment wants him to.
the "establishment" and it's plans/agenda's start and end with white supremacy. culturally, economically, literally and figuratively.
Trump just wants the U.S to be lavish.... for all of us. I can fuck with that.
Hillary talks to black people as if we're children or pets. i can't stand herrrrrrr.
So am I ! .... lol. Racism/Racialism is sewn into the fabric of our nation. It's just who the fuck we are. https://t.co/8Uru0AL6Qb
And trying to be all PC and pretending as if we aren't racial/racist is not good for culture. Censorship is boring https://t.co/8Uru0AL6Qb
Censorship is trash. Television and Movies are even boring now because of it. No one can say anything anymore. https://t.co/8Uru0AL6Qb
Just by being an American and subscribing to the "American Dream" we all are INHERENTLY racial/racist
Because of Corporatism/Capitalism! Corporatism says "Speak English Well, Dress Like this, Believe in "This," and you https://t.co/tOjPdg7Pc6
Will be SUCCESSFUL. It says you must adapt these white socio-normative behaviors and you will be rewarded. https://t.co/tOjPdg7Pc6
So in some way or another we're all trying to prove something to the "Man" or ourselves in the face of the "Man" https://t.co/tOjPdg7Pc6
He's not a symbol of hatred. The Liberal Media have programmed us to feel a way about words. When they're just that. https://t.co/BwMjxiaLdV
Words. Its only language. It's not clandestinely bombing Libya, or passing the 1994 crime bill. https://t.co/BwMjxiaLdV
The most politically correct politicians are don't the DIRTIEST shit behind closed doors. OK? https://t.co/BwMjxiaLdV
Right.. like ????? https://t.co/KCLDcgmLXY
Right, and i have a right to get upset. just as the person should have the right to say whatever the fuck they want https://t.co/8QpvvzYlAV
WHAT DOES THIS EVEN MEAN?? this is liberal academia bullshit. people must get over the fact that .... https://t.co/S1QyTamwgd
Every1 is entitled to their own fucking opinions. If someone thinks i'm a nigger they are ENTITLED to their thoughts https://t.co/S1QyTamwgd
like what? are you going to jump in someones brain and tell them they haven't a right to their own minds?? come on. https://t.co/S1QyTamwgd
No girl.... no, ... thats not how life works. this is the adult world. everyone has the right their own opinion. https://t.co/7xAfLuoZiT
@AZEALIABANKS when ppl say freedom of speech they mean "freedom of liberal speech" and people will drag u for the hills for not being PC
Up Next

More from NBC News:
Donald Trump Does Not Have a Campaign
Donald Trump Receives His First Un-Endorsement
John Kasich: 'Hard to Say' If I Will Ever Endorse Donald Trump