Nick Jonas' net worth as 'Last Year Was Complicated' debuts 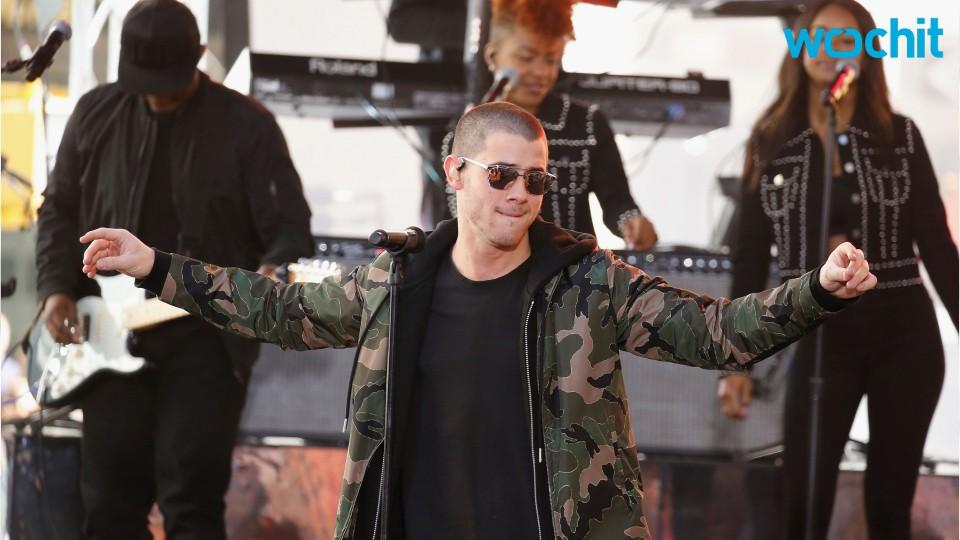 Nick Jonas might best be known as one-third of former boy band the Jonas Brothers, but the 23-year-old has spent the past few years establishing himself as a solo artist. On June 10, Nick Jonas' "Last Year Was Complicated" debuts, following the smash success of "Nick Jonas."

The singer's musical career began at an early age, and he's done a fair bit of acting and charity work. From his financial success to raising awareness for diabetes, here's what you need to know about Nick Jonas.

Related: Why Millennials Like Nick Jonas Are Better With Their Money Than You

Some artists have a difficult time transitioning from a group to a solo career — but not Nick Jonas. Despite the Jonas Brothers disbanding, Nick Jonas' net worth has been propped up by a successful album release in 2014 and numerous hit singles, like the more recent "Close."

According to Celebrity Net Worth, Nick Jonas' net worth is $18 million. He appeared in Forbes' 2016 "30 under 30" list, which revealed the top 600 young stars, leaders and entrepreneurs. His success is partly owed to his stint with the Jonas Brothers. Beyond the sheer popularity of the group, their musical success earned them $35.5 million between 2009 and 2010, reported Forbes.

Nick Jonas is no newcomer to the entertainment industry either. Born in Dallas, he made his Broadway debut at the age of 7. In 2015, Nick Jonas appeared on "Scream Queens," starring queen of horror Jamie Lee Curtis and "American Horror Story" alum Emma Roberts. This year, Nick Jonas has several productions underway, including "Les Misérables," "A Christmas Carol" and "Beauty and the Beast."

The singer's new album "Last Year Was Complicated" is set to drop June 10. Nick Jonas' "Close" was the first single off the album. It was released March 25 and opened at No. 27 on the Billboard Hot 100, making it the singer's third-highest charting solo single. On the Billboard + Twitter Trending 140, which tracks the trendiness of new hits, the song debuted at No. 1.

The "Last Year Was Complicated" album will follow the release of his second studio solo album, titled "Nick Jonas," which was released Nov. 10, 2014. The album debuted at No. 6 on the Billboard charts and sold 37,000 copies in the United States its first week. That album included the hits "Jealous" and "Chains."

While a member of the Jonas Brothers, Nick started the band Nick Jonas and the Administration. The band released the album "Who I Am" in 2010 to moderate success. In 2005, the singer had a limited release album titled "Nicholas Jonas."

Nick and his two brothers, Joe and Kevin, formed the boy band the Jonas Brothers and released their first album, "It's About Time," in 2006. Unfortunately, the album wasn't a huge success, selling only 67,000 copies in the U.S., reported Billboard. Their second album, titled "Jonas Brothers," was a hit, selling 1.9 million in the U.S.

The Jonas Brothers released two followup albums: "A Little Bit Longer" and "Lines, Vines and Trying Times," which sold 1.6 million and 669,000 copies, respectively. Despite their success, the group had a falling out. Before the release of a new album and world tour, the Jonas Brothers split in 2013.

During his stint with the Jonas Brothers, Nick and his brothers headlined their own tours, including the Burnin' Up Tour of 2008, which grossed $41 million, and a world tour that grossed $95 million, according to Forbes.

During Nick Jonas' stint with Nick Jonas and the Administration, the group went on a tour that grossed over $1 million, reported Billboard. Ahead of the release of "Nick Jonas," the young singer hosted a Nick Jonas Live tour in September 2014.

Although Nick Jonas has made a name for himself as a recording artist and actor, he's also known for his philanthropy.

Diagnosed with diabetes at a young age, Nick Jonas spends his time raising money and awareness for diabetes through his organization Change for the Children Foundation. His other organization, Beyond Type 1, provides education about type 1 and type 2 diabetes. He is also a supporter of Diabetes Care at the Children's National Medical Center in Washington, D.C.

This article originally appeared on GOBankingRates.com: Nick Jonas' Net Worth as 'Last Year Was Complicated' Debuts

More from GOBankingRates.com:
25 Easy Ways to Double Your Paycheck in One Month
15 Money Myths That Can Destroy Your Retirement
6 Biggest Vacation Expenses and How to Get Them for Less

Now, check out the net worths of the 'Friends' cast members:

Nick Jonas' net worth as 'Last Year Was Complicated' debuts