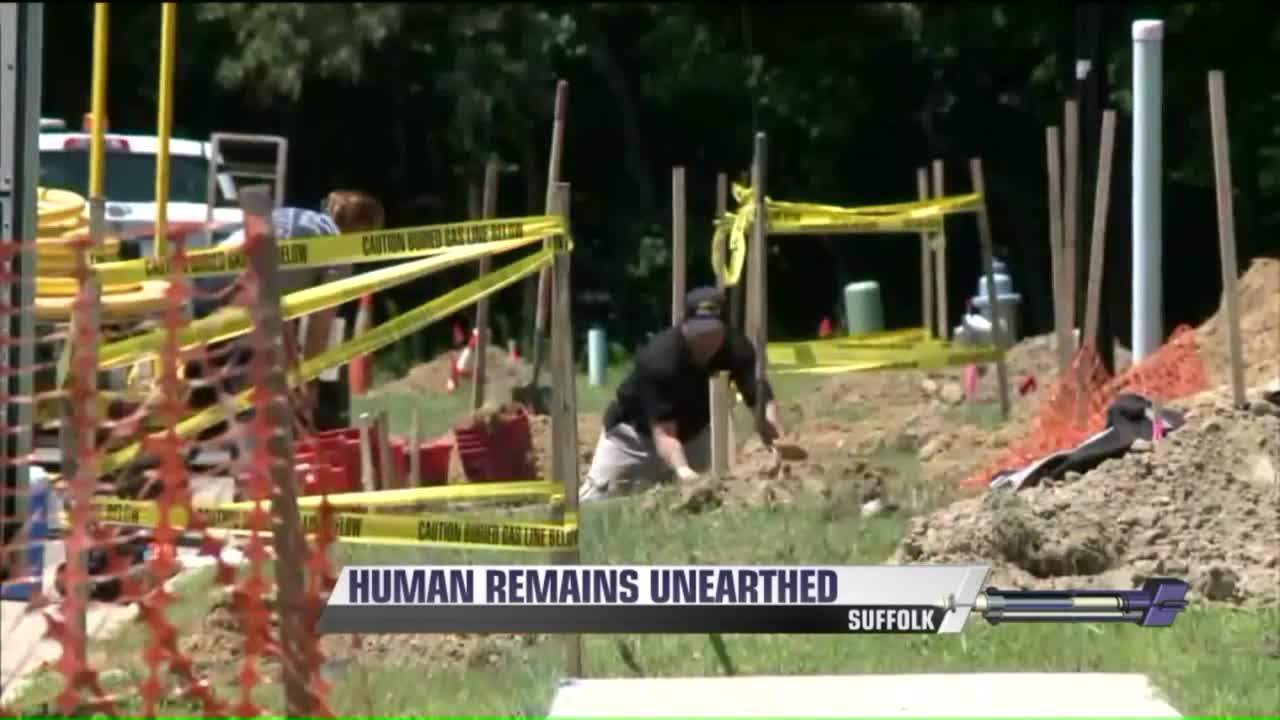 SUFFOLK, Va. - Police are investigating after human remains were found at a construction site for a new development.

A crew was digging in the 3700 block of Willow Glenn Circle Wednesday when they found bones. Police were called to the area shortly after 1 p.m. to investigate.

The bones were taken to the medical examiner's office where they were positively identified as human remains.

Police do not know the age of the remains or whether or not the area could have been an old burial ground.

RELATED: More from the scene

Human remains found at Suffolk construction site
Up Next

More from AOL.com:
Lilly Singh gets real about being one of few viral South Asian YouTubers
This NASA image of frosted sand dunes on Mars is incredibly satisfying to look at
How a new synthetic dog could help save lives of many shelter animals