Grilled bacon is a thing -- and it's the best thing 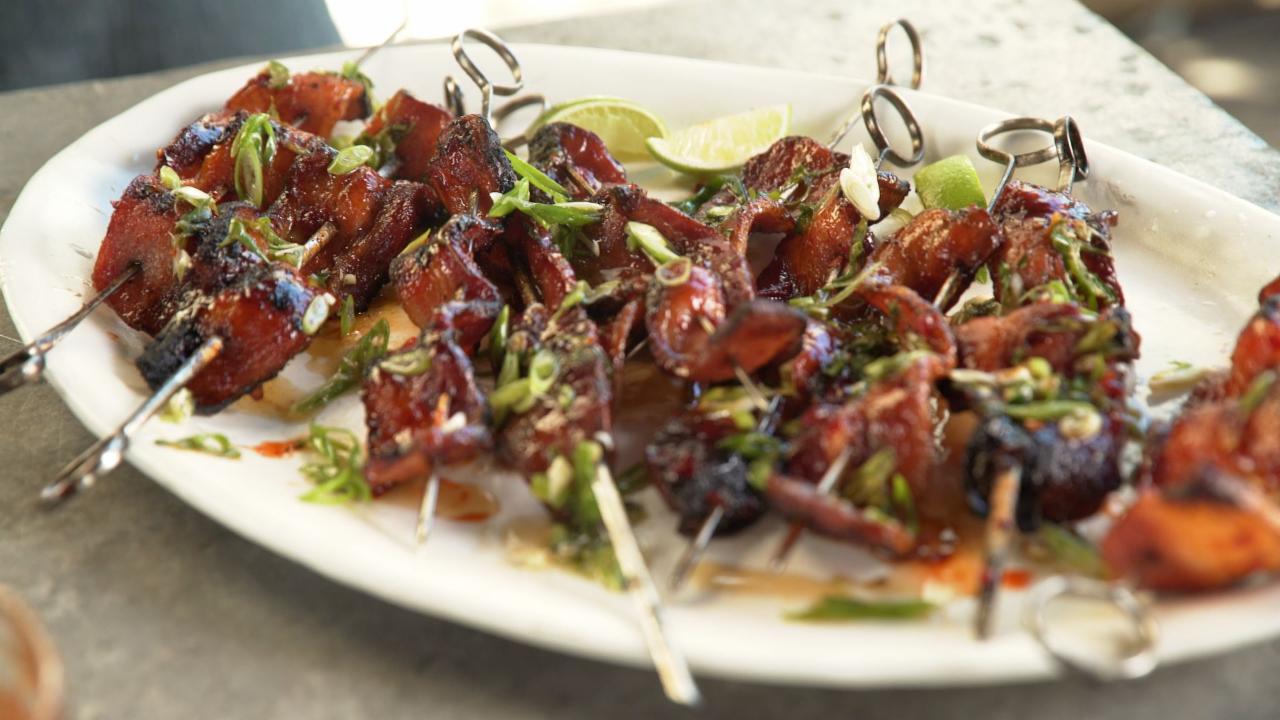 When the sun is out and the only reasonable activity you can think of is standing next to a fiery grill with a beer in one hand, skip the steaks and go right for the bacon. Yes, you should *absolutely* be grilling your bacon—and painting a sweet and spicy glaze on it at the very end.

Stock up on thick-cut bacon. If you're having it cut to order, ask your butcher for ¼"-thick strips. Thread that thick-cut bacon onto a skewer like a ribbon, making sure the skewer pierces through the meaty part, not the fat (which will drip and melt and become beautiful).

Consider your grill. If it's on high heat and you can see flames, do not lay your bacon skewers over those flames. You want to put them on the grill in a zone slightly away from the coals. You'll thank us later when you're not fending off a bacon inferno. Which is what happens when all the bacon fat drips at high heat and combusts. You want to keep your eyebrows intact, is all we're saying. 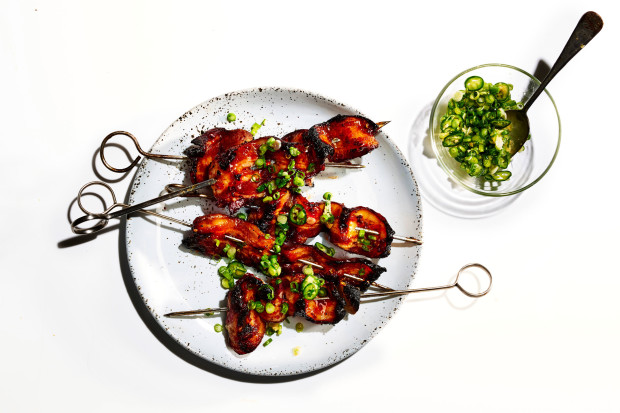 Some people relax to the sounds of waves crashing on a beach—we listen to sizzling bacon. Sizzling is always good. It means you're slowly rendering the fat (no flare-ups) to achieve that dreamy crispy bacon texture. If you try to rush it, your bacon risk burning. Nobody wants that.

You are the Picasso of bacon and these fine strips of pork are your canvas. Make a sweet-spicy glaze of honey, sambal oelek (Indonesian hot sauce), sriracha, and red wine vinegar, then brush the mixture onto your crispy-on-the-outside, chewy-on-the-inside bacon. Top it all off with a ginger-scallion relish (ginger, scallions, serrano chiles, lime, sesame oil, brown sugar) just before serving—and watch it all disappear.

Get the Recipe: Sweet and Spicy Bacon Kebabs with Scallion-Ginger Relish

More from Bon Appetit:
The Most Popular Recipes from 2015
35 Make-Ahead Breakfasts so You Can Sleep in and Eat Well All Week
Our 50 Favorite Weeknight Dinners
24 Recipes Everyone Should Know How to Cook

Plus, click through below for 6 ways to add more bacon to your life:

5 PHOTOS
Things you should be adding bacon to
See Gallery

Grilled bacon is a thing -- and it's the best thing

Add bacon to your guacamole. Extra twist: spoon that guacamole into a boiled egg!

Wrap bacon around your stuffed jalapenos.

Get some pork with your pork by wrapping your hot dogs in bacon.