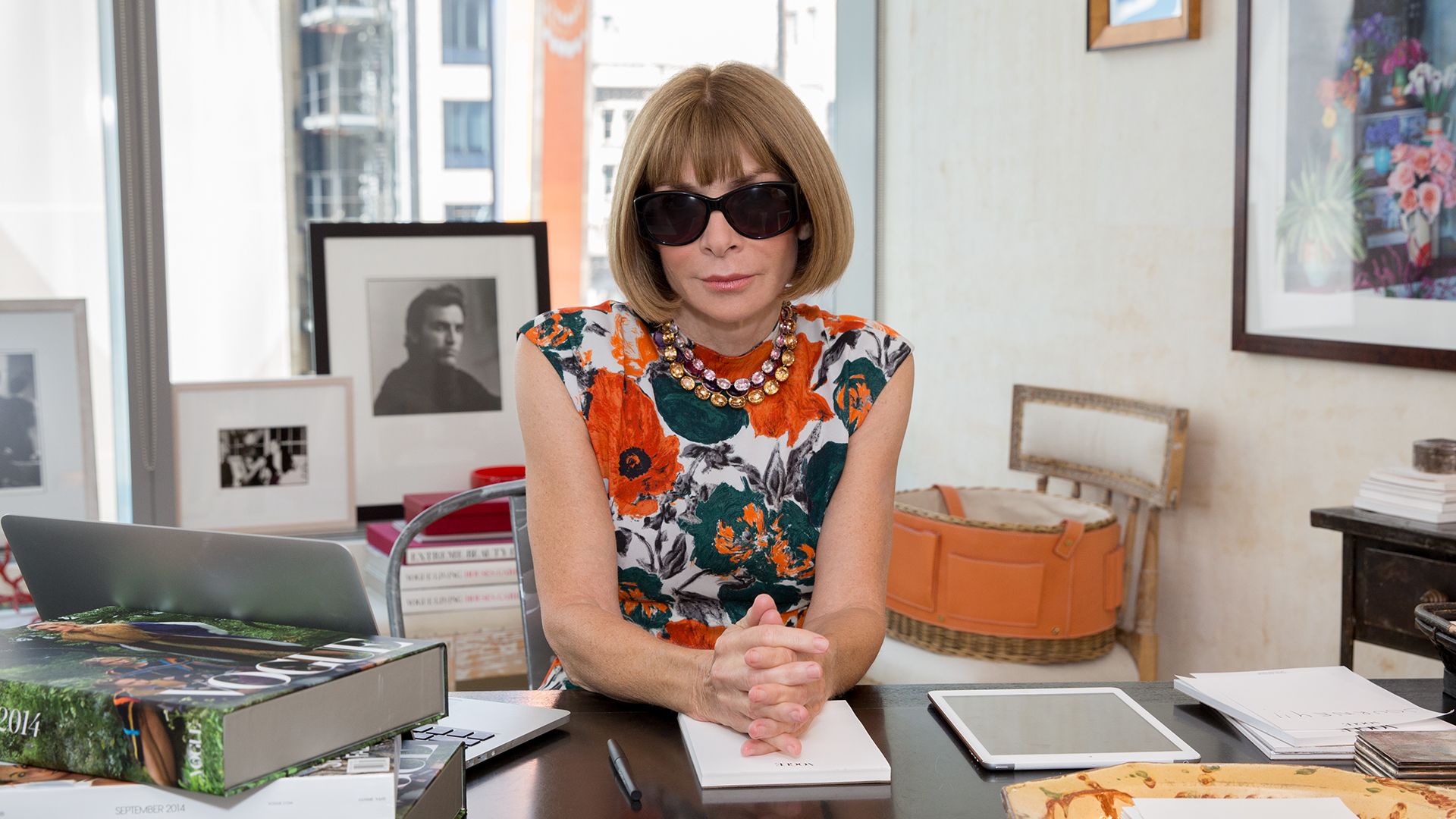 Even the queen of chic has bad hair days.

Anna Wintour, the editor-in-chief of Vogue magazine, experienced some extreme weather upon arriving to an office building in New York City on Thursday. As the fashionista went to walk into the establishment, a gust of wind blew her trademark bob and bangs all out of place.

WATCH: Anna Wintour Reveals Why She Ended Up in Tears at Kanye West's Fashion Show

Wintour was also without her sunglasses, another big part of her iconic look, and was displaying a major fashion faux pas. The 66-year-old style maven was wearing a pair of nude sandal heels but the straps of the shoes were flopping around. Gasp!

At this year's Met Gala, which Wintour heads up, the Vogue editor's hairstyle seemed to be somewhat of a trend. Everyone from Kylie Jenner to Taylor Swift to Ciara were rocking blunt bobs on the red carpet.

MORE: Anna Wintour on Film -- 9 Ways to Go Behind the Scenes of the Vogue Editor-in-Chief's World

Here's a look at some of the stand-out styles at the gala: