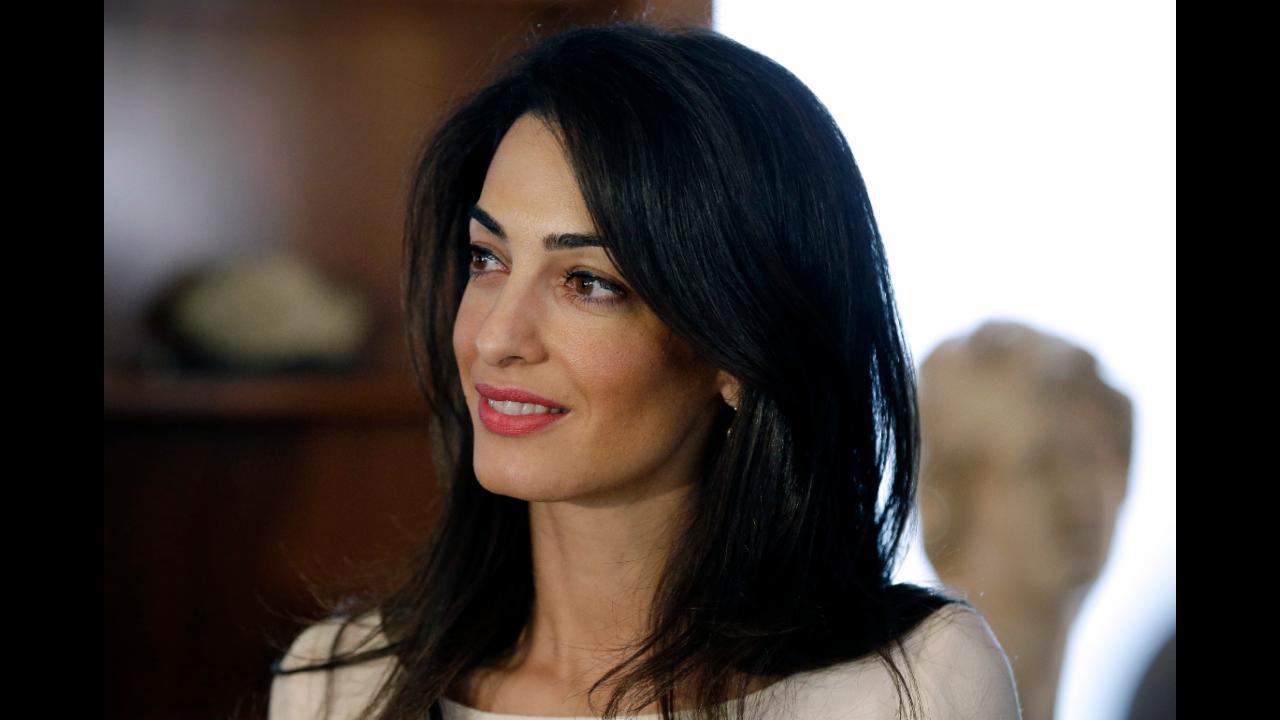 Amal Clooney will represent thousands of other victims of the Yazidi genocide, reports Women in the World. Lest we forget, Amal Clooney, human rights lawyer extraordinaire, is doing her job.

The barrister, who specializes in human rights and international law, told the news site in a statement that it's beyond time to bring justice to these victims:

"The European Parliament, the Parliamentary Assembly of the Council of Europe, the U.S. government and the U.K. House of Commons have all recognized that there is a genocide being perpetrated by IS against the Yazidis in Iraq. "How can it be that the most serious crimes known to humanity are being carried out before our eyes but are not being prosecuted by the International Criminal Court in The Hague?"

She says she will pursue an international criminal court investigation against ISIS for these crimes. ISIS has continued violence against the Yazidi, community, abducting over 5,000 Yazidis in 2014 — the majority of whom were women. And its August 2014 raids led to the enslavement of more than 200,000 women. Clooney is a representative of Yazda, a non-profit helping the Yazidi communities since these raids two years ago.

And she's already been a direct advocate for ISIS survivor and Nobel Peace Prize nominee Murad. In an interview with Women in the World, Murad said that George and Amal invited her to their home, where Amal listened to her story with compassion.

She was photographed outside the airport in LA in a chic red jacket and black boots.

Amal was seen out in New York City wearing an oversized sweater jacket and leather leggings.

Clooney wore a bright yellow wool coat over a black embroidered minidress for a night out with her husband George Clooney in New York City.

Amal sported a sleeveless indigo dress with intricate side cutouts at the 100 LIVES initiative on March 10 in New York City.

Amal rocked a pair of super cool high-waisted, printed flared trousers with a black feathered top while out for the evening in New York City.

Amal stepped out in New York City with her husband George in neon yellow sandals, which she paired with a cream-colored flowy jumpsuit.

Amal and her husband George Clooney were seen leaving Babbo in New York City on April 3, where she wore a black minidress and cream-colored sheath cardigan with black pumps.

Clooney was spotted out in New York City wearing a camel-colored pencil skirt, nude pumps and a collared orange blouse with a snake-print collar.

Amal wore another pair of insanely cool wide-leg printed trousers while out and about in New York City.

Clooney wore cropped jeans and a floral babydoll tank while visiting the set of 'Money Monster' in New York City.

Amal wore an angular flower-print dress and lace-up sandals while out to dinner with George Clooney in New York City.

Clooney was spotted on the streets of Manhattan in a white lace dress and camel-colored suede jacket, along with strappy white sandals.

Mrs. Clooney was seen in New York City on May 2 rocking light-wash, wide-leg jeans and a blush-colored sweater.

Amal stunned at the LA premiere of 'Tomorrowland' in an Antonio Berardi pink and black minidress.

Clooney was seen arriving in Tokyo on May 24 in a colorful printed wrap dress and camel-colored espadrilles.

To the premiere of 'Tomorrowland' in Tokyo, Clooney sported a stunning yellow gown by Missoni.

Clooney was spotted in London in a cool olive green maxi dress and camel sandals.

Amal was seen leaving a restaurant in Lake Como on July 22 in tailored polka-dotted shorts and a sleeveless black blouse.

Amal wowed onlookers in Ibiza when she stepped out in a slinky gold number alongside husband George for the launch of Casamigos Tequila.

Clooney wore a red dress and high-heeled sandals when she attended a court hearing in the Maldives.

Clooney beamed in a pink two-piece skirt and jacket combo to meet members of the media in Sri Lanka.

Clooney was seen arriving at the Frontline Club in London, wearing a brightly-colored teal suede trench.

Amal was seen out and about with husband George Clooney on in LA, wearing a sophisticated cream-colored dress and stellar nude sandals, and she carried a small green and blue handbag to infuse a little color into the ensemble.

Amal Clooney and husband George attended the premiere of 'Our Brand Is Crisis' in Hollywood, and Amal sported a blush-colored Roland Mouret dress.

"She did not talk to me as a well-known world figure that people would love to take a photo with, she talked to me as a sister and guardian," Murad said. "She has immense power that made me proud of being a woman."

Put in the simplest terms, do not cross Amal Clooney — she's working.

More from The Cut:
The Judge in the Brock Turner Case Was Involved in Another Controversial Sexual-Assault Case
How Long Until We Get a Lifetime Movie About the Yoga Instructor Who Drove Her Twin Sister Off a Cliff in Hawaii?
‘Heroes’ Who Rescued Stanford Assault Victim Speak Out for the First Time