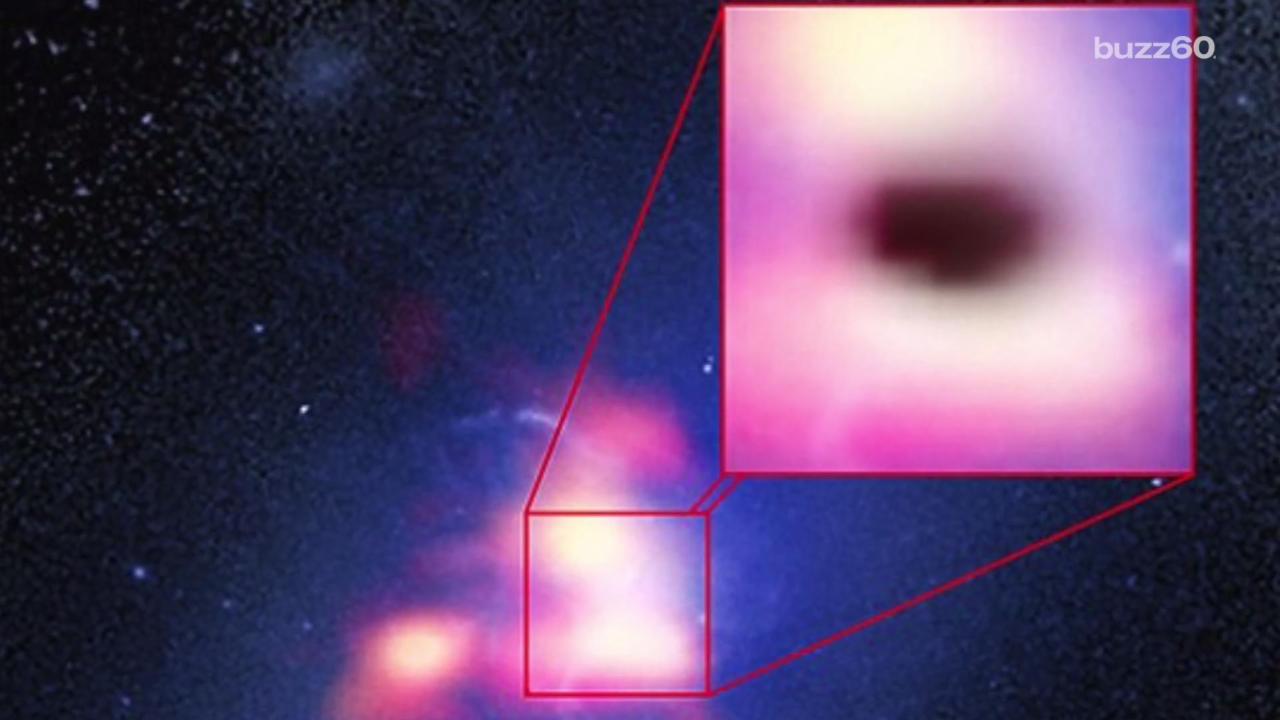 Until now, black holes were seemingly filled with hot gas and a world of mystery.

Researchers looked into it and discovered that's only half true: they are full of mystery, but not hot gas.

Astronomers at Yale found the rings of matter visible in renderings of black holes are actually intergalactic rainstorms.

When looking closer, the astronomers noticed a cosmic weather event that had never been seen before.

It was similar to a rain shower. However, instead of rain, it's a shower of huge clouds of gas pummeling toward a tremendous hole.

Each cold gas cloud is extremely dense, and they contain more material than a million suns.

The revelation may require scientists to completely rethink models of black hole growth.

The findings also serve as a reminder of how small humans are in comparison to the infinite abyss of space. Talk about humbling.

Supermassive black holes feed on intergalactic rainstorms
SPACE - UNDATED: A Computer Simulated Image released by the NASA shows the gas from a star that is ripped apart by tidal forces as it falls into a black hole in Space. Some of the gas also is being ejected at high speeds into space. Using observations from telescopes in space and on the ground, astronomers gathered the most direct evidence yet for this violent process: a supermassive black hole shredding a star that wandered too close. NASA's orbiting Galaxy Evolution Explorer (GALEX) and the Pan-STARRS1 telescope on the summit of Haleakala in Hawaii were used to help to identify the stellar remains. A flare in ultraviolet and optical light revealed gas falling into the black hole as well as helium-rich gas that was expelled from the system. When the star is torn apart, some of the material falls into the black hole, while the rest is ejected at high speeds. The flare and its properties provide a signature of this scenario and give unprecedented details about the stellar victim. To completely rule out the possibility of an active nucleus flaring up in the galaxy instead of a star being torn apart, the team used NASA's Chandra X-ray Observatory to study the hot gas. Chandra showed that the characteristics of the gas didn't match those from an active galactic nucleus. The galaxy where the supermassive black hole ripped apart the passing star in known as PS1-10jh and is located about 2.7 billion light years from Earth. Astronomers estimate the black hole in PS1-10jh has a mass of several million suns, which is comparable to the supermassive black hole in our own Milky Way galaxy. PHOTOGRAPH BY NASA / Barcroft Media /Barcoft Media via Getty Images
This artist's conception illustrates one of the most primitive supermassive black holes known (central black dot) at the core of a young, star-rich galaxy. (Photo by: Universal History Archive/UIG via Getty Images)
The Herschel Space Observatory has shown that galaxies with the most powerful, active, supermassive black holes at their cores produce fewer stars than galaxies with less active black holes. (Photo by: Universal History Archive/UIG via Getty Images)
Up Next

More from AOL.com:
Have scientists discovered clouds on Pluto?
The best career for your zodiac sign
Astronomers say universe expanding faster than predicted