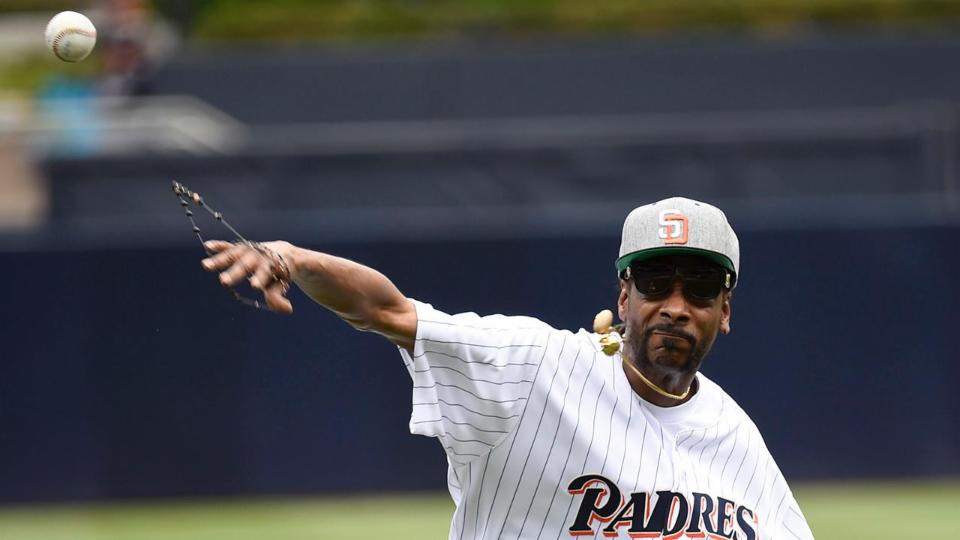 Snoop Dogg either smoked too much weed or not enough when he threw out the first pitch at a Padres game on Wednesday.

The rapper took to the mound dressed in a jersey that read Coach Snoop on the back. What exactly Snoop is a coach of is anybody's guess, because based on this pitch, it certainly isn't baseball.

In keeping with the fine tradition of celebrities throwing out terrible first pitches, Snoop threw wide right, nearly landing the ball in the stands. He laughed it off though, as we're sure everyone in the stadium did as well.

Watch the video of Snoop's pitch below. 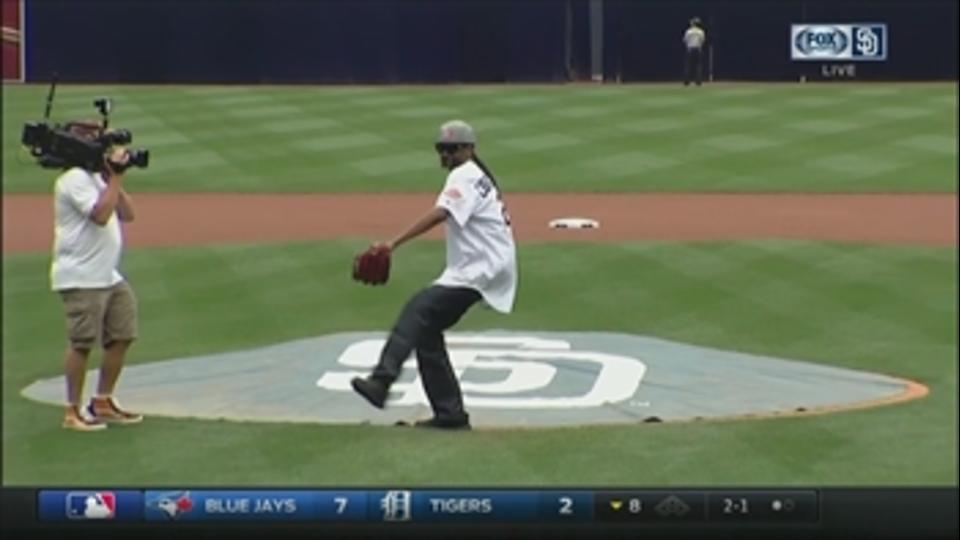 Oddly enough, Snoop was cracking people up in relation to another sport on Thursday, albeit intentionally this time. He appeared on a "Jimmy Kimmel Live" segment to explain the "hizzistory of bizzasketball."

After the Cleveland Cavaliers beat the Golden State Warriors in Game 3 of the NBA Finals Wednesday night, Kimmel posted an easy-to-follow video in which Snoop went way, way back into the archives.

"This is before black men were allowed to play basketball," the hip-hop star explained, while showing grainy footage of awkward looking white players. "There is no jumping, no dunking, no heroics ... it's just basic basketball. But this was in 1954 and that's probably before most black people had TVs, so we weren't trippin.'"

It wasn't nearly as bad as @50cent but @SnoopDogg's first pitch today wasn't too accurate.

It wasn't nearly as bad as @50cent but @SnoopDogg's first pitch today wasn't too accurate.

See Snoop Dogg through the years: