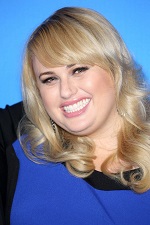 To celebrate wrapping up a villainous turn as Ursula the sea witch in a live run of "The Little Mermaid" at the Hollywood Bowl, Rebel Wilson snagged a new home nearby for $2.95 million. That's almost a quarter million less than the most recent asking price on this 4,400-square-foot home, which was built last year.

Now Wilson has two homes near the Hollywood Bowl. The comedian and actress, known for roles in "Bridesmaids" and "Pitch Perfect," dropped $2.2 million two years ago on a smaller home in the Hollywood Hills. The Daily Telegraph, which broke the news with a photo of Wilson visiting the home in a koala-print T-shirt and pink satin shoes, reports she also recently bought a home near Sydney.

High ceilings, wide plank floors, and abundant windows and French doors make the spacious home even more luxurious. It boasts 5 bedrooms and 5 bathrooms, including a master bath with a dressing table, large stand-up or sit-down shower, and a soaking tub topped by a chandelier.

The listing agent was Isabel DeMayo of RE/MAX Mega Group.