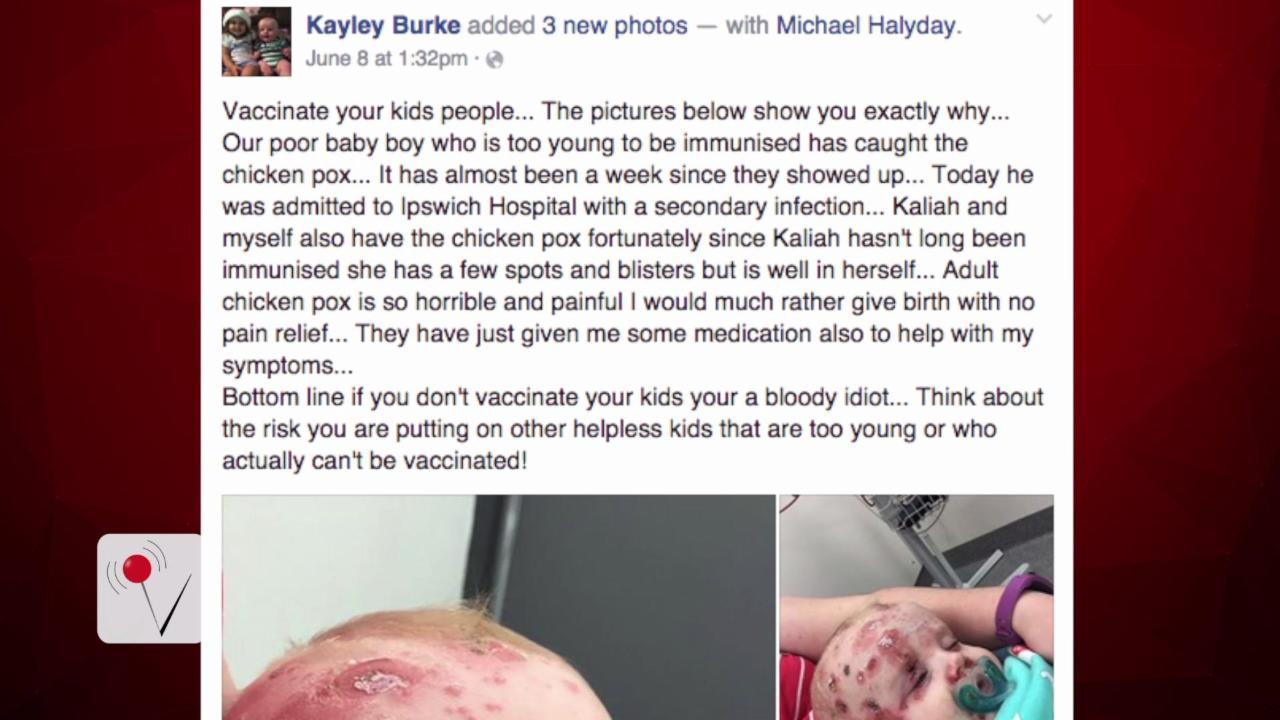 Kayley Burke, a mother from Brisbane, Australia, took to Facebook this week to make an emotional plea aimed at parents around the world: Get your kids vaccinated.

Burke shared photos of her 11-month-old son, Elijah, covered in horrific scabs and sores from chickenpox, which he is too young to get a vaccine for.

"Vaccinate your kids people..." she wrote. "The pictures below show you exactly why."

Burke's photos and heartbreaking message have been shared a whopping 25,000 times since being posted on Facebook Thursday.

Burke said that the severity of thevirus caused a secondary infection in Elijah's body, forcing him to be admitted to a hospital.

"Think about the risk you are putting on other helpless kids that are too young or who actually can't be vaccinated." Kayley Burke

She also said that while her older daughter, Kaliah, who was immunized, has "a few spots and blisters," Burke herself is currently fighting the disease alongside her son.

"Adult chicken pox is so horrible and painful I would much rather give birth with no pain relief..." she wrote.

So, what's the "bottom line" here, according to Burke?

"If you don't vaccinate your kids your a bloody idiot."