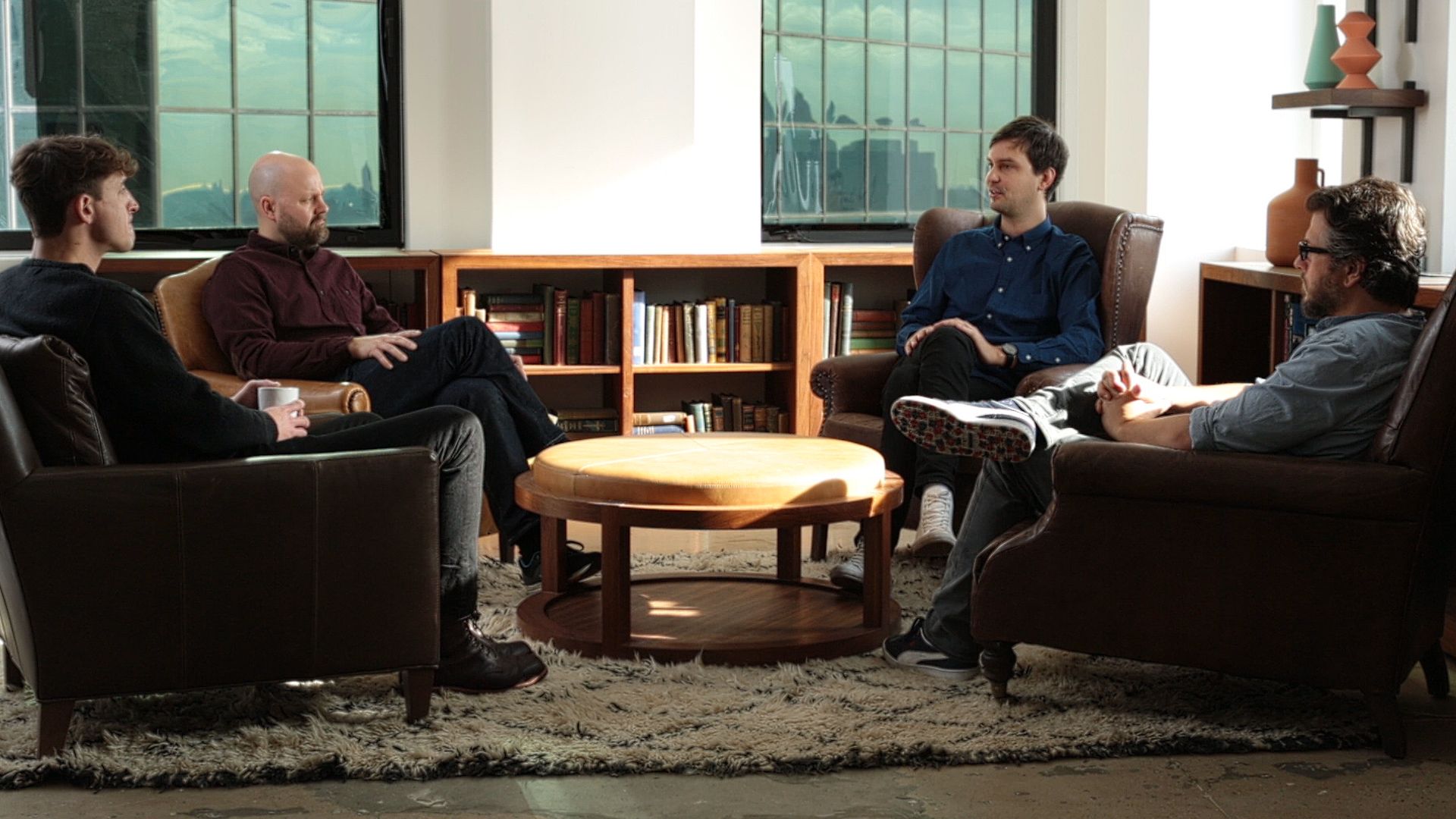 Fox wants to kick the cost of Super Bowl advertising over a new line.

Fox Sports is seeking more than $5 million for a 30-second commercial in its 2017 broadcast of Super Bowl LI, according to people familiar with the situation, a level that would raise the price tag for ad inventory in what is usually the nation's most-watched annual TV event into the stratosphere. Other networks may have secured $5 million for a few commercials in the gridiron classic, but if Fox has its way, each ad in the game will fetch the princely sum – and possibly more.

The effort does not come without risk. In 2014, NBC made a bid to sell Super Bowl commercials at $4.5 million a pop, a 12.5% hike from what Fox had sought in the year prior, and worked until just a few days before its 2015 broadcast of Super Bowl XLIX to sell out its inventory. CBS fared better in 2015 when it sought at least $4.5 million to $4.7 million for a 30-second spot (and more in some cases) for this year's Super Bowl 50, though it kept the till open in case of last-minute interest. Marketers flock to the Super Bowl to get a pitch in front of the outsize audience the event attracts, but in recent years, they have taken more time to join the ad roster, rather than rushing in full-bore.

With advertisers enjoying an abundance of choice of places to run their commercials, even the Super Bowl, it would seem, is under scrutiny.

See photos of 13 celebrities you had no idea were in TV commercials as kids:

Sarah Michelle Gellar featured in a Burger King Commercial in 1981 — long before she became Buffy.

One of Leonardo DiCaprio's first jobs was in this Bubble Yum commercial.

A hyper-active 13-year-old Mila Kunis starred in a Lisa Frank commercial in 1996.

In 1992, Elijah Wood starred in this baffling commercial for Cheese.

Britney Spears was in a Maull’s Barbecue Sauce commercial in 1993.

In 1999, "Twilight" actress Kristen Stewart appeared in an ad for the Porsche 911.

A suspiciously spot-free Leighton Meester ("Gossip Girl") starred in this Clearasil ad from 2003.

Drew Barrymore ate cookies with the Pillsbury Dough Boy in the early 1980s.

"Coraline" and "Twilight" star Dakota Fanning appeared in a Tide washing detergent ad in the 1990s.

In 1996, Lindsay Lohan appeared in this Jello commercial, with the now infamous Bill Cosby.

In early talks, Fox Sports has sought between $5 million and $5.5 million for a 30-second commercial slot, according to one of the people familiar with the pace of negotiations. Another executive suggested the 21st Century Fox-owned unit has in some cases sought $5.6 million or higher. The costs would include the ads appearing in Fox's live stream of the game, according to one of the people with knowledge of the discussions. Fox Sports has also sought to have Super Bowl clients spend a similar amount to run ads across the company's media portfolio, a tactic that is not uncommon in these kinds of talks. That means a single advertiser could end up paying $10 million or more for the chance to appear in the event.

How much higher can the price go? One ad buying executive balked at the notion of a Super Bowl ad costs moving closer to $6 million per berth. "They will not be getting $5.7 million a spot," this executive said, suggesting the current price range may be meeting with resistance in negotiations. While a single price point often makes the rounds in media reports about Super Bowl commercials, the fact is not everyone pays the same figure. The cost fluctuates depending on when the ad airs in the game, how many commercials the advertiser is buying, whether or not a sponsor has a multi-year sponsorship deal in place, and other factors

The cost of advertising in the Super Bowl has always been astronomical compared to other TV properties, but the price has risen significantly in recent years. A decade ago, the cost of a 30-second spot was a mere $2.5 million, according to Kantar Media, a tracker of ad spending – cheap by today's standards. By that measure, the price of a 30-second commercial has risen 76% between 2006 and last year, Kantar said. Advertisers typically spend hundreds of thousands of dollars more on the production of their commercials, which often require special effects, celebrities, expensive licensing rights for music and social-media promotion.

The lure? The chance to get a promotional message about a new product in front of millions of consumers in a single maneuver. Denny's in 2009 and 2010 used the Super Bowl to offer free breakfast giveaways and get people to come in to its restaurants to sample the fare. Chrysler in 2011 ran a massive two-minute commercial that helped tout the notion that U.S. automakers had rebounded from a crippling recession and were ready to get back to business. As a defiant Eminem song played, the automaker boasted that its cars were "Imported from Detroit."

The Super Bowl in recent years has proven to be a game-changer in the world of TV ratings, breaking records in multiple years for the most-watched TV broadcast of all time. The honor was once held by the series finale of "M*A*S*H" on CBS, which lured 105.9 million viewers in 1983. That benchmark has been surpassed in every year this decade by the Super Bowl. After the event set new records in 2014 and 2015 with 114.4 million viewers and 112.2 million viewers, respectively, Super Bowl 50 notched an audience of 111.9 million.

PepsiCo, Busch and Group, owner of Chrysler and Fiat, are among the marketers who become regular sponsors of the Super Bowl. Spokespersons for the brewer and the soda giant did not respond immediately to queries about their possible plans for Super Bowl LI, while a spokeswoman for said the company had "nothing to share" at present.

PepsiCo, Anheuser Busch InBev and FCA Group, owner of Chrysler and Fiat, are among the marketers who become regular sponsors of the Super Bowl. Spokespersons for the brewer and the soda giant did not respond immediately to queries about their possible plans for Super Bowl LI, while a spokeswoman for FCA said the company had "nothing to share" at present.

RELATED: Check out the most iconic Super Bowl halftime shows ever:

Beyonce re-teamed with Destiny's Child for one of the most iconic moments of Super Bowl Halftime history! As soon as Queen Bey started her strut to "Crazy in Love," we knew it was ON. From "Halo," to "Single Ladies," Beyonce showed us who run the world! Plus, the Queen is making another Super Bowl performance this year with Coldplay, much to the delight, to well, everyone.

Michael Jackson's Super Bowl XXVII Halftime performance  back in 1993 was absolutely amazing. Doubles of the King of Pop entered all corners of the stadium before the real King himself emerged to sing hits like "Bille Jean" and "Black or White." As if that was impressive enough, his finale number ""Heal the World" was complete with messages from children across the globe.

Talk about one of the best combinations of performers to hit the Halftime stage! Aerosmith was joined by Britney Spears, N'SYNC, Mary J. Blige and Nelly. "Jaded," Bye, Bye, Bye," "I Don't Wanna Miss a Thing," and "Walk This Way" were all performed and it was epic. If you haven't seen, you really should take a look.

Bruce Springsteen and the E Street Band performed during the halftime show of Super Bowl XLIII at Raymond James Stadium in Tampa, Florida. Bruce brought it back to old school and the 12 minutes were filled with hits like "Tenth Avenue Freeze Out" and "Glory Days."

Prince nailed his Super Bowl XLI performance back in 2007. Of course, Prince doesn't do anything unless it's dramatic, and his Halftime show was no different. Covering songs like Queen's "We Will Rock You," and Bob Dylan's "All Along the Watchtower," you couldn't keep your eyes off Prince. ANd but of course, the Grammy winner ended with his very famous hit, "Purple Rain."

(Photo by KMazur via Getty Images)

Janet Jackson and Justin Timberlake delivered probably THE most iconic Halftime show moment of all time! I mean, we all know what happens about 17 seconds after this pic, but prior to you know, Nipplegate, JT and Janet were tearing it up!

Bruno Mars performed during the Pepsi Super Bowl XLVIII Halftime Show at MetLife Stadium in New Jersey. With hits like "Locked Out of Heaven," and "Give It Away," featuring the Red Hot Chili Peppers, Bruno gave the performance of a lifetime! Also, for this year, there have been rumors we could see him join Coldplay!

(Photo by Elsa via Getty Images)

In yet another iconic performance, Madonna took the stage and performed a variety of her biggest hits like "Vogue" and "Like a Prayer." Also joined by LMFAO, Cee-Lo Green, Nicki Minaj and M.I.A, who of course flipped the bird to the camera, Madonna created an absolute stellar show from start to finish.