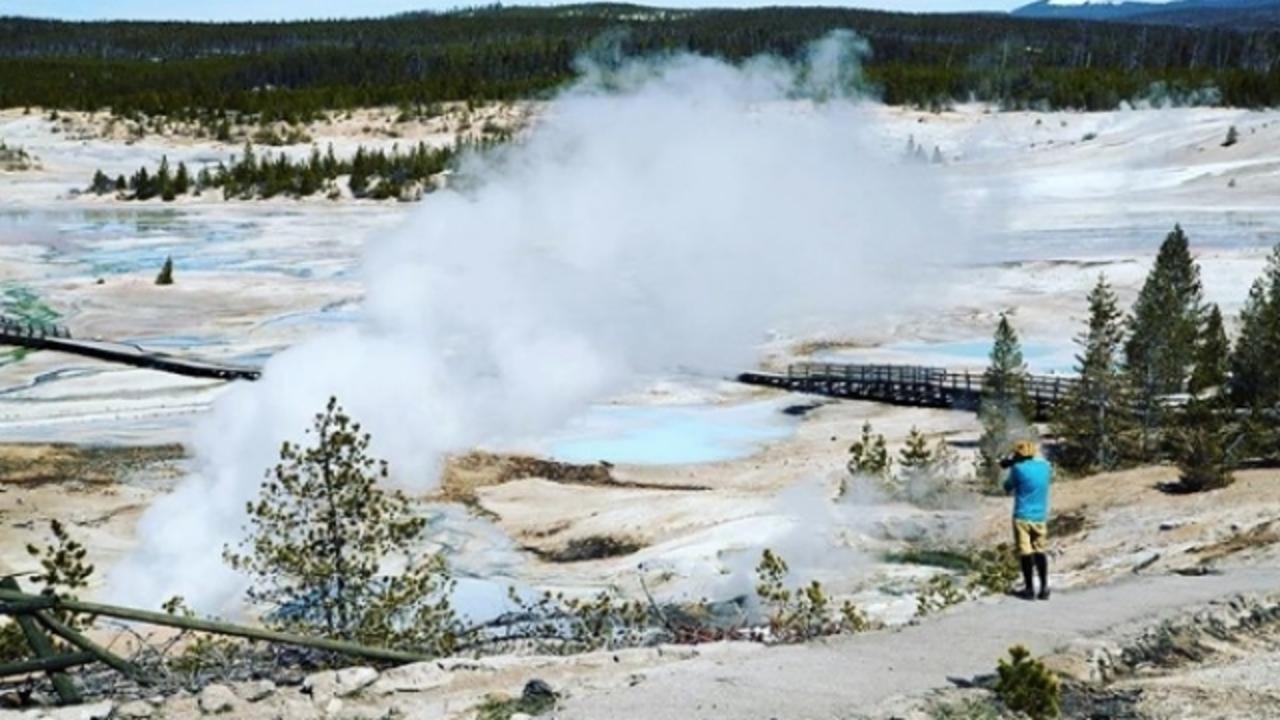 A man seen falling into a hot spring Tuesday at Yellowstone National Park is believed dead by park authorities.

A witness said the man believed to in his early 20s. He walked off the boardwalk in the Norris Geyser Basin area and strode about 225 yards before falling into the thermal spring. He has not yet been identified.

The Norris Geyser Basin has been closed as officials look for the man. They reportedly have to use extreme caution due to the thermal hazards in the area. This particular area can reach up to 200 degrees Fahrenheit.

This is just the latest in a string of incidents involving tourists at Yellowstone this season.
A 13-year-old boy was burned when he slipped into a hot spring earlier this week. His father was also burned helping him get out of the spring.

And last month, tourists made national headlines when they put a bison calf into their vehicle to get help for the animal, which they said appeared to be separated from its mother. The bison was later euthanized because a herd didn't accept it and it kept approaching park visitors and cars.

A group of tourists were also seen walking on a sensitive hot springs area to snap pictures. They were part of group called High on Life SundayFundayz that travels around the world taking photos for social media.

That group ended up posting an apology and pledging to donate $5,000 to Yellowstone.

More from AOL.com:
Summer movies 2016: A list of all of the release dates
Walmart testing out home delivery of online grocery orders
Clif Bars recalled over listeria concerns