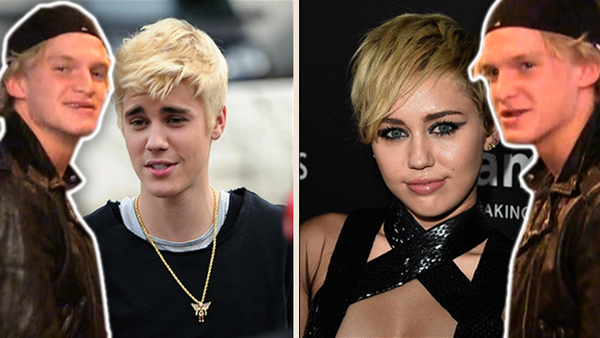 While you're in the midst of your own personal renaissance, like Justin Bieber is, it's always exciting to discover new passions. And now Biebs is something of an aspiring comedian.

Bieber shared a video of himself impersonating his pal Miley Cyrus, deepening his voice to mimic her signature husk. This is not the first evidence of a Bieber-Cyrus continuum, and there is no telling the strength of their combined forces.

Old school Smilers (like Biebs) will recognize the impression as a take on The Miley and Mandy Show — a web series Cyrus made with her friend Mandy Jiroux in more innocent times. Biebs' bro, Khalil Mack, takes on the role of Mandy.

Bieber's spent a lot of time experimenting with video as a tool of self-expression lately — he can't stop and he won't stop vlogging.

Have fun figuring out your face, Bieber!

RELATED: The evolution of Justin Bieber