Here is Brock Turner's statement to the judge 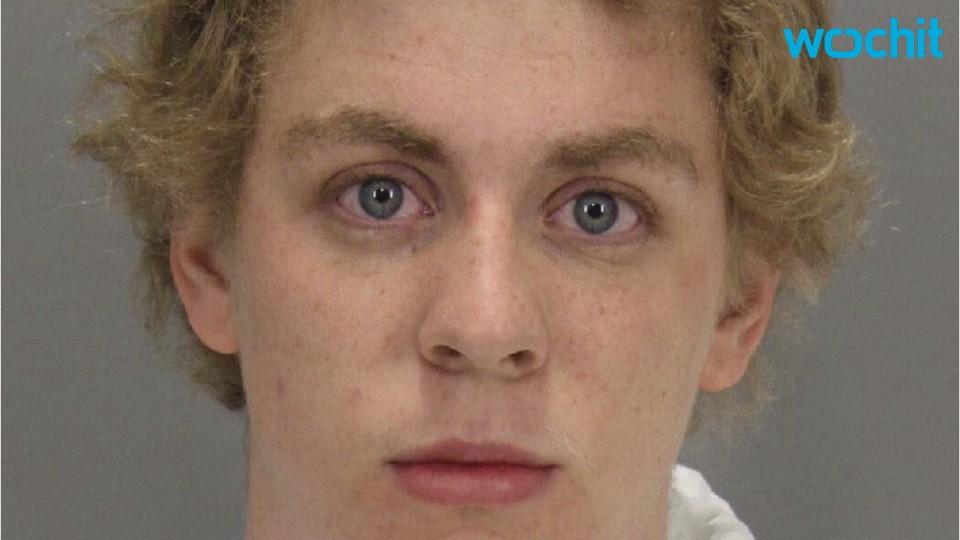 Outrage erupted when Stanford swimmer Brock Turner received a lenient six-month sentence in a county jail after he was convicted of three counts of sexual assault. Judge Aaron Persky said he believed that "a prison sentence would have a severe impact on [Turner], and that Turner "will not be a danger to others" — an opinion that was likely influenced by the several letters in defense of Turner that have since surfaced.

Turner's father characterized his crime as "20 minutes of action," and mentioned the emotional toll the conviction had taken on his son, namely that he had lost his appetite for steak. Meanwhile, his childhood friend wrote that Turner was "the sweetest to everyone," and blamed his conviction (and campus rape in general) on alcohol consumption, writing that "rape on campuses isn't always because people are rapists."

Here is Brock Turner's statement to the judge
Up Next

Now, The Guardian has obtained the statement that Turner himself wrote to Judge Persky. In the excerpt they published, he rarely mentions the sexual assault itself, instead choosing to blame college drinking culture. He writes, "I've been shattered by the party culture and risk taking behavior that I briefly experienced in my four months at school." He also expresses a desire to avoid alcohol altogether, writing,"I want to be a voice of reason in a time where people's attitudes and preconceived notions about partying and drinking have already been established. I want to let young people know, as I did not, that things can go from fun to ruined in just one night."

Judge Persky had said, "I take him at his word that subjectively that's his version of his events. I'm not convinced that his lack of complete acquiescence to the verdict should count against him."

Read reactions on social media to the Brock Turner case:

Here is Brock Turner's statement to the judge
The images the media select matter. This man was found guilty and sentenced to jail, but still #NoMugShot. https://t.co/AjWAmAW8ap
This is how a convicted rapist was portrayed by @washingtonpost. Include his swimming creds, avoid the word "rape" https://t.co/sJj11s0hFE
For contrast, here's @washingtonpost coverage of other rapes. All three headlines use the word, use mugshots. https://t.co/AqBy8wgsNH
Prison would have "severe impact" on rapist Brock Turner. Wonder if non-white crim would get this pretty headshot https://t.co/bEZS16wQdP
My latest. Rapist Brock Turner & Judge Aaron Persky represent so much of what is wrong with our justice system. https://t.co/duPdasZCSU
That Brock Turner was arrested AND convicted of felony rape and we still don't have his mugshot yet? Just his Abercrombie & Fitch photos?
Up Next

Below is a longer excerpt of Turner's statement:

The night of January 17th changed my life and the lives of everyone involved forever. I can never go back to being the person I was before that day. I am no longer a swimmer, a student, a resident of California, or the product of the work that I put in to accomplish the goals that I set out in the first nineteen years of my life. Not only have I altered my life, but I've also changed [redacted] and her family's life. I am the sole proprietor of what happened on the night that these people's lives were changed forever. I would give anything to change what happened that night. I can never forgive myself for imposing trauma and pain on [redacted]. It debilitates me to think that my actions have caused her emotional and physical stress that is completely unwarranted and unfair. The thought of this is in my head every second of every day since this event has occurred. These ideas never leave my mind. During the day, I shake uncontrollably from the amount I torment myself by thinking about what has happened. I wish I had the ability to go back in time and never pick up a drink that night, let alone interact with [redacted]. I can barely hold a conversation with someone without having my mind drift into thinking these thoughts. They torture me. I go to sleep every night having been crippled by these thoughts to the point of exhaustion. I wake up having dreamt of these horrific events that I have caused. I am completely consumed by my poor judgement and ill thought actions. There isn't a second that has gone by where I haven't regretted the course of events I took on January 17th/18th. My shell and core of who I am as a person is forever broken from this. I am a changed person. At this point in my life, I never want to have a drop of alcohol again. I never want to attend a social gathering that involves alcohol or any situation where people make decisions based on the substances they have consumed. I never want to experience being in a position where it will have a negative impact on my life or someone else's ever again. I've lost two jobs solely based on the reporting of my case. I wish I never was good at swimming or had the opportunity to attend Stanford, so maybe the newspapers wouldn't want to write stories about me.

All I can do from these events moving forward is by proving to everyone who I really am as a person. I know that if I were to be placed on probation, I would be able to be a benefit to society for the rest of my life. I want to earn a college degree in any capacity that I am capable to do so. And in accomplishing this task, I can make the people around me and society better through the example I will set. I've been a goal oriented person since my start as a swimmer. I want to take what I can from who I was before this situation happened and use it to the best of my abilities moving forward. I know I can show people who were like me the dangers of assuming what college life can be like without thinking about the consequences one would potentially have to make if one were to make the same decisions that I made. I want to show that people's lives can be destroyed by drinking and making poor decisions while doing so. One needs to recognize the influence that peer pressure and the attitude of having to fit in can have on someone. One decision has the potential to change your entire life. I know I can impact and change people's attitudes towards the culture surrounded by binge drinking and sexual promiscuity that protrudes through what people think is at the core of being a college student. I want to demolish the assumption that drinking and partying are what make up a college lifestyle I made a mistake, I drank too much, and my decisions hurt someone. But I never ever meant to intentionally hurt [redacted]. My poor decision making and excessive drinking hurt someone that night and I wish I could just take it all back.

If I were to be placed on probation, I can positively say, without a single shred of doubt in my mind, that I would never have any problem with law enforcement. Before this happened, I never had any trouble with law enforcement and I plan on maintaining that. I've been shattered by the party culture and risk taking behavior that I briefly experienced in my four months at school. I've lost my chance to swim in the Olympics. I've lost my ability to obtain a Stanford degree. I've lost employment opportunity, my reputation and most of all, my life. These things force me to never want to put myself in a position where I have to sacrifice everything. I would make it my life's mission to show everyone that I can contribute and be a positive influence on society from these events that have transpired. I will never put myself through an event where it will give someone the ability to question whether I really can be a betterment to society. I want no one, male or female, to have to experience the destructive consequences of making decisions while under the influence of alcohol. I want to be a voice of reason in a time where people's attitudes and preconceived notions about partying and drinking have already been established. I want to let young people know, as I did not, that things can go from fun to ruined in just one night.

More from The Cut:
Here’s Why There’s No Public Brock Turner Mug Shot
The Judge in the Brock Turner Case Was Involved in Another Controversial Sexual-Assault Case
CNN Anchor Reads Letter From Stanford Swimmer Victim Live on Air