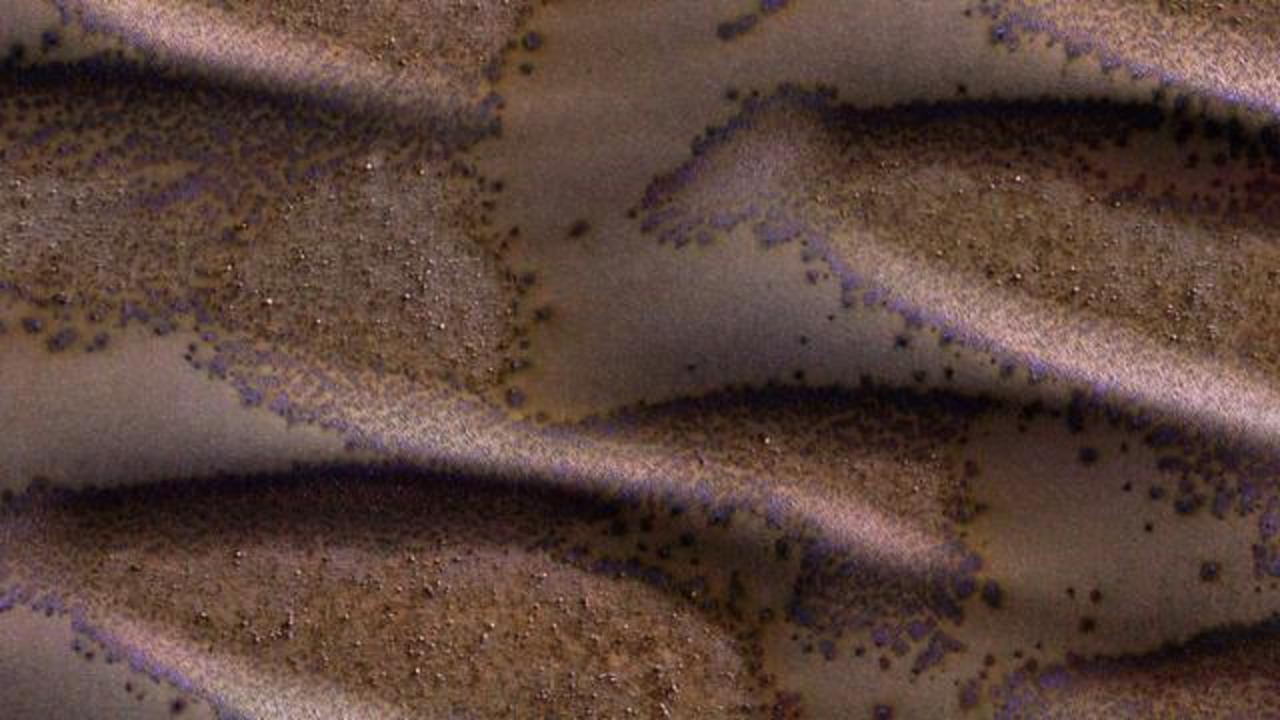 NASA has released a view of Mars which features frosted sand dunes.

The image shows a terrain resembling a wavy sheet of partially rusted metal.

According to a press release by the agency, there are "large boulders lying on flat areas between the dunes."

And because it is late winter there, small amounts of sunlight have started to melt the dunes' "seasonal cover of carbon dioxide."

When some of this pressurized gas gets released, visible spots form, according to the news release.

The image was taken by the Mars Reconnaissance Orbiter's HiRISE camera on March 27, 2016.