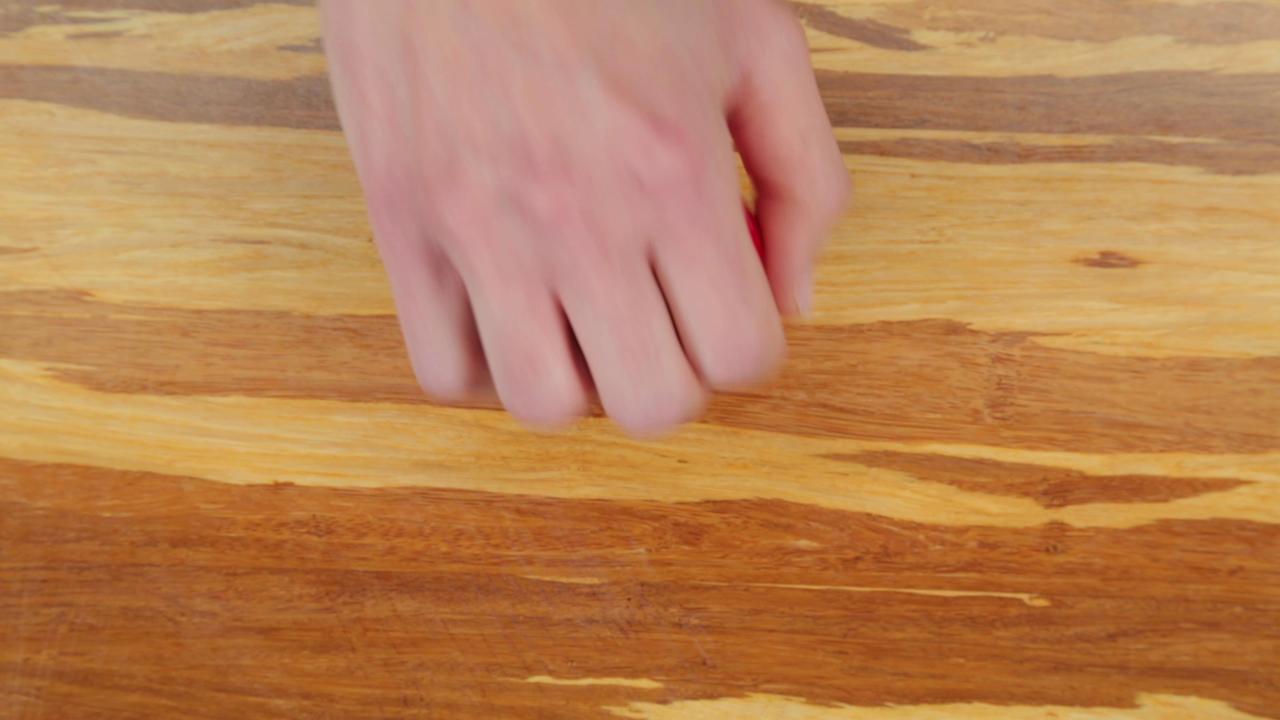 I'm not referring to bread choice, slicing technique, or how you pretty it up for Instagram. Next-level avocado toast starts with one thing and one thing only: good avocados. And getting a good avocado is all about what happens at the grocery store.

Avocados are that rare fruit that ripen off the tree, but you're lucky if you come across a textbook-ripe one right off the bat. Most are either rock-hard or they've been "digitized," industry lingo for pressed and poked to the point of no return.

"We spend a lot of time asking—I won't say admonishing—but asking consumers not to digitize. It's like, 'Don't use your fingertips," says Jan DeLyser, vice president of marketing for the California Avocado Commission.

Even if you're not a squeezer, you can still mess up a perfectly fine avocado by not storing it properly at home. Here's what you need to know to do it right:

AVOCADOS ARE ALWAYS IN SEASON

California has a robust avocado season that runs from March through September, but the majority of avocados we eat are imported year-round from elsewhere (mostly Mexico). The dominant variety, which accounts for 95 percent of what's eaten in the United States and is the type that's probably in your fruit bowl right now, is the Hass avocado.

Growers and retailers like the Hass for its durability and long shelf life. For us eaters, the Hass has another advantage. Unlike other varieties, its skin darkens as it ripens, making it easier to tell when it's ready to eat.

Check out all the different ways you can eat avocados:
(Article continued below)

Toasted ciabatta with pate of avocado and fresh radish

Salad with avocado, mango, corn salad, tomatoes and mozzarella on a white plate

THERE'S A RIGHT—AND WRONG—WAY TO CHOOSE AN AVOCADO

The skin on a Hass generally goes from green to nearly black when ripe. That said, color isn't the best indicator of ripeness.

"There are times of the year when the fruit can be dark but not ripe," DeLyser says.

The best way to tell? Cradle the avocado in the palm of your hand—emphasis on palm, not fingertips—and give it a gentle squeeze. If it feels soft and gives a little, it's ready.

Avoid avocados that feel mushy or have dents and dips in the skin. A bright-green avocado that's nowhere near soft is better than an overripe one any day.

AVOCADOS CAN BE RIPENED AT HOME

A hard, green avocado will ripen in four to five days. Just leave it on the countertop at room temperature. If you can't wait that long, put it in a paper bag with an apple or banana. That'll trap the ethylene gas released by the fruits and speed up ripening, says DeLyser.

Once ripe, eat the avocado in the next day or two, or store it whole and uncut in the refrigerator for up to three days. Cold slows down ripening, so don't buy unripe avocados and put them in the refrigerator. They won't ripen properly, if at all.

SOME DISCOLORATION IS NORMAL

If you see a brown spot or two in the flesh, those are bruises; cut them out and carry on. Thin black threads running through the flesh are called vascular browning or streaking, the result of long-term storage or stem-end damage. "I cut around that, too," DeLyser says.

But brown flesh throughout means that avocado is overripe or has been damaged by temperature. Eating it isn't going to make you sick, but it's not going to taste good.

BROWNING CAN BE AVOIDED WITH THE RIGHT COVERAGE

Once you've cut into an avocado, it'll eventually turn brown when exposed to air. To slow down the browning, cover a cut avocado half with plastic wrap or go triple-level protection: leave the pit in, sprinkle on some lemon or lime juice, and then cover with plastic wrap.

But don't store that cut avocado for much longer than a day. You don't want it to end up, um, toast.

More from Epicurious:
11 Ingredients You Should NEVER Refrigerate
12 Lightning-Fast Chicken Dinners to Make Now
The Epic Hack to Peeling a Dozen Eggs in 104 Seconds

This is the most affordable meal delivery kit