The least-stressed cities in America: 2016 edition 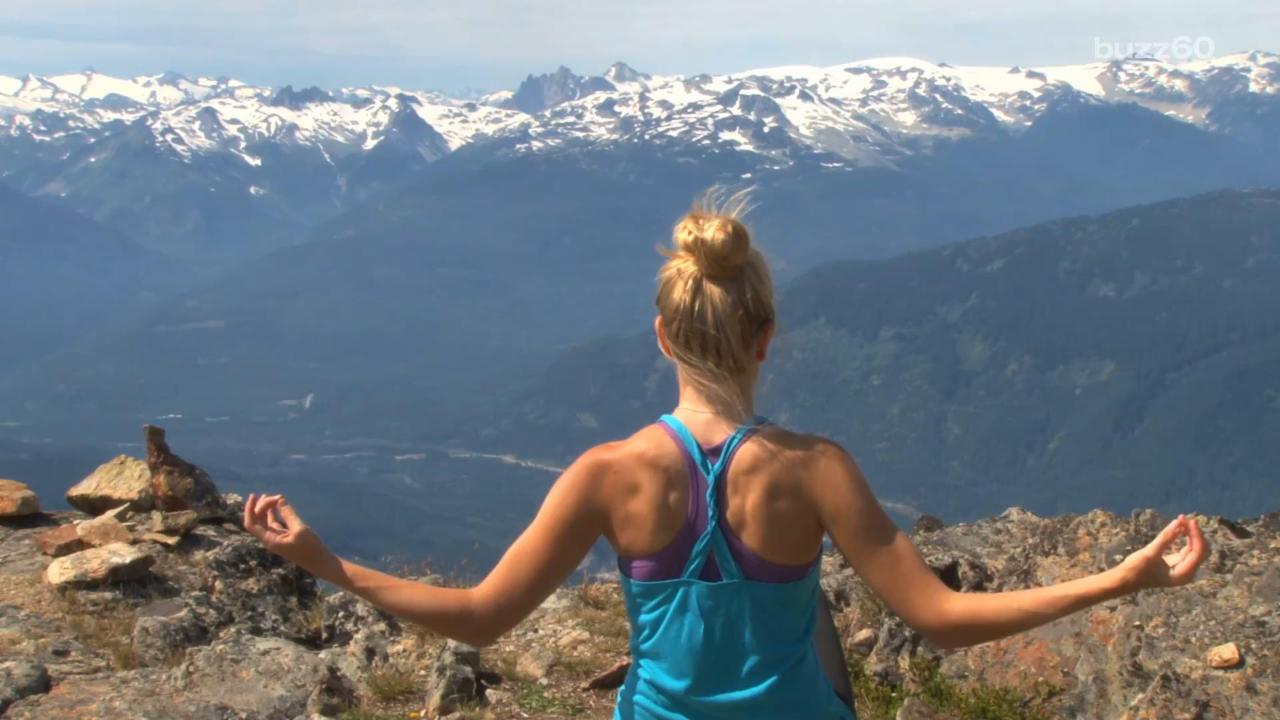 We all know stress is bad for our health, but it can be tough to stop stressing over our busy lives. One way to chill out? Move to another city. SmartAsset crunched the numbers to find the least-stressed cities in America in 2016. We looked at factors that contribute to stress like divorce and bankruptcy and found the cities with the most chilled-out residents.

This is SmartAsset's second annual study of the least-stressed cities. Check out the 2015 rankings here.

To find our list of the least-stressed cities in America we looked at a combination of positive and negative factors. The positive factors we examined were a high rate of physical activity, a high number of entertainment establishments per 1,000 businesses and a high average number of hours of sleep per night.

Boulder, Colorado climbed from #4 in last year's study to #1 in this year's top ten list. While it didn't rank first in any single factor, Boulder's solid overall performance helped it beat out the competition and top our list.

Why are Boulder residents so chilled out? The 34.7-hour work-week and the 15-minute average commute to work can't hurt. The city also boasts a bankruptcy rate of just 0.14%, a divorce rate of just 7.9% and average sleep per night of 7.12 hours.

Iowa City was last year's #1 least-stressed city and was barely edged out by Boulder this year. Of the 500 cities in our study, Iowa City boasts the 15th-shortest work-week and the 13th-lowest bankruptcy rate. In fact, Iowa City's work-week, average commute, unemployment, bankruptcy and divorce rates are all lower than in Boulder.

However, Boulder just beat out Iowa City on physical activity rate, entertainment per 1,000 businesses, housing as a percentage of income and sleep per night. We'll be keeping an eye on how the two cities perform in next year's SmartAsset study.

Duluth has the 12th-shortest work-week of the 500 cities in our study, and tied for the fourth-highest average hours of sleep per night. With their 34.4-hour work-week and over seven hours of sleep, Duluth residents are apparently rested and have plenty of time to exercise and hit up the city's entertainment establishments. Also in Duluth? One of the only freshwater aquariums in the county.

The first Wisconsin city on our list is Madison, a prosperous college town where residents get over seven hours of sleep per night and the unemployment rate is under 6%. Madison is a frequent flier on SmartAsset's top ten lists, including the Best Cities for an Affordable Wedding, the Best Cities for New College Grads and the Least Severely Housing Cost-Burdened Cities.

In addition to being one of the Best Cities for Singles (Who Like Being Single) Eau Claire boasts an average commute time under 15 minutes and an average work-week of 35.4 hours. That gives city residents plenty of time to kick back. Like Madison, Eau Claire is a college town. The University of Wisconsin Eau Claire is one of the city's top employers.

Related Article: The Best College Towns to Live in

Flagstaff, Arizona is another college town that has a lot going for it. Flagstaff residents have the fourth-shortest commutes of any of the 500 cities in our study, at just 13.6 minutes. The economy hums along on a mix of tourism, education, government, scientific, high-tech and manufacturing jobs. Flagstaff also boasts sunny winters.

Columbia, Missouri has the ninth-shortest work-week of any of the 500 cities in our study. Plus, Columbia commutes come in under 15 minutes, meaning residents have plenty of time for other pursuits. Columbia also made our list of the Best Cities for Working Parents. University of Missouri and Columbia College both call the city home.

Ann Arbor is yet another college town on our list. The University of Michigan looms large in Ann Arbor and is the city's biggest employer. Ann Arbor residents enjoy a work-week of just under 35 hours and get just under seven hours of sleep per night. It's also one of the Best Green Cities for Families.

Find out now: How much house can I afford?

Missoula, Montana is home to the University of Montana and is Montana's second-largest city. It had the highest physical activity rate on our top ten list, with 65.3% of residents getting the recommended amount of weekly exercise. No wonder it ranked first in our 2016 study of the Most Fitness-Friendly Cities.

Fargo, North Dakota rounds out our list at number ten. It has the third-lowest unemployment rate of any of the 500 cities in our study, at just 4.2%. It also has the lowest ratio of housing costs to income in our top ten list. North Dakota State University is located in Fargo. Between 2010 and 2014 Fargo's population grew by 9.8%, almost triple the national growth rate of 3.3%.

Data on aggregate time to work and work-week hours came from the 2014 1-Year ACS. Data on physical activity rates came from the Institute for Health Metrics and Evaluation at healthdata.org and data on bankruptcy rates came from USCourts.gov. Finally, the data for the number of entertainment establishments per 1,000 businesses came from the Census Bureau's County Business Patterns survey.

For two of the factors on our list we combined data sources. To calculate the average commute we divided the aggregate time to work by the number of workers in the civilian labor force. To calculate the ratio of housing costs to income we multiplied each city's median monthly housing costs by 12 (for the 12 months in a year) and divided the result by the city's median household income in the last 12 months.

Then, for each city that had a population of 67,500 or more and data in each of the nine factors (divorce rate, bankruptcy rate, unemployment rate, housing costs/income, entertainment establishments/1,000 businesses, physical activity rate, hours worked, sleep hours and commute time) we calculated the city's rank on each factor.

The least-stressed cities in America: 2016 edition

Breathe deeply
Take a few deep breaths in and out. It will naturally help to clear your mind.

Get up and go for a walk
You don't even necessarily need to go outside your office. Just stand up and take a few minutes to mosey around.

Thrown on some instrumental or classical music
It will soothe you while clearing your head.

Read leisurely
Even if it's an online article about the latest celebrity gossip, give your mind a break from the monotony of the work in front of you.

Write it out
Writing even for a few minutes helps you gather your thoughts and express what you're feeling.

Get moving
If you're lucky enough to have a full lunch break, take advantage of it and use it to get your blood pumping.

Stop refreshing that inbox
It may seem impossible to fully unplug, but stopping from obsessively checking your email will make a difference.

Sleep as much as you can
A full night's sleep has so many benefits. Coming to work well-rested is key to staying low-stress.

The post The Least-Stressed Cities in America – 2016 Edition appeared first on SmartAsset Blog.

More from SmartAsset:
How to Make Money On Craigslist
Are You Eligible for a Principal Reduction Modification?
Americans Are Saving Less, Stressing More