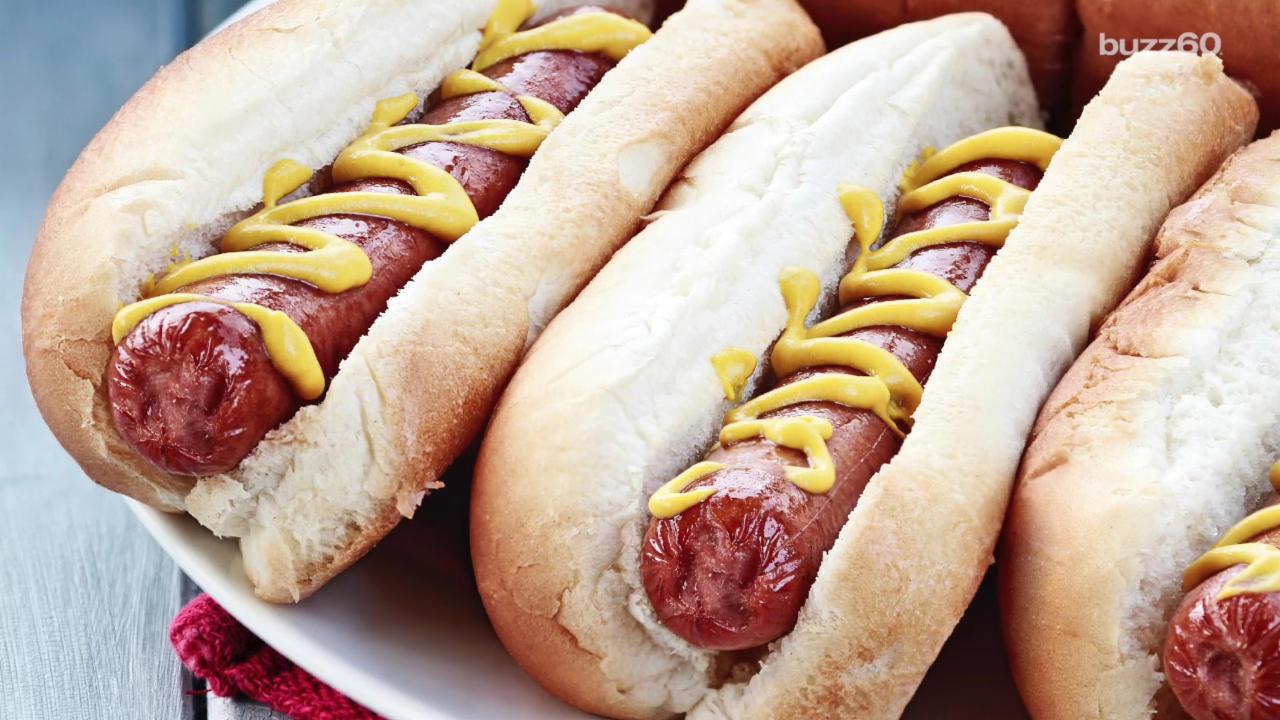 If the limp one dollar hot dogs at IKEA aren't satisfying you enough, then try this A$100 (US$73.26) "haute dog" on for size. It might just be the priciest sausage sizzle going on in Australia.

As you'd hope, this is certainly no half-burnt sausage on cheap white bread. The "haute dog" consists of a brioche bun, with an Australian angus beef sausage, topped with a Pèrigord black truffle-infused mustard that itself is worth a hundred bucks.

Show me the money.

For $100 you're not just buying a sausage sandwich. It comes with a 100 gram pot of the fancy Maille mustard to help improve any regular old hot dog. It's the star attraction of the Maille Mustard Mobile truck, which is travelling around Australia.

"It is a very tasty, very sought after mustard," Joe Barrs, Maille's ambassador told Mashable Australia, while he was selling the hotdog at Melbourne's Good Food and Wine show on Friday. "We had a tub of it air freighted to us about a month ago ... and we've sold out."

If you couldn't afford the $100 "haute dog," there is a $25 version with a Chablis white wine mustard on top, as well as the $10 version with a choice of regular mustard for the more sensibly inclined. Personally we'd be probably just as satisfied with a few of those Bunnings sausages.

A pair of hot dogs, fresh off of the campfire and topped with cheese, onions, chili and cilantro.

The frankfurters in Sonic's new lineup all start with a grilled, all-beef hot dog inside a "soft, warm bakery bun," and are each differentiated by their fixings: the All-American Dog has ketchup, mustard, relish, and chopped raw onions (386 calories); the Chili Cheese Coney is topped with chili and shredded cheddar cheese (420 calories); the New York Dog has spicy mustard, grilled onions, and sauerkraut (352 calories); and the Chicago Dog is topped with a pickle spear, relish, tomatoes, hot peppers, chopped raw onions, celery salt, and mustard, with poppy seeds on the bun (435 calories).

Gourmet Grilled All Beef Hots Dogs with Sides and Chips

Classic hot dogs on seeded buns with ketchup and mustard

Ketchup, mustard, onion and relish on a hot dog with US Flag.

(Photo by Ananbelle Breakey via Getty)

More from Mashable:
Heroic kid wore a hot dog costume during her dance studio's 'princess week'
Two dogs going to the park will make you believe in joy again
This dog is a pomeranian, husky mix and it looks like a magical fox