Prosecutor: No charges against mother in Cincinnati gorilla case 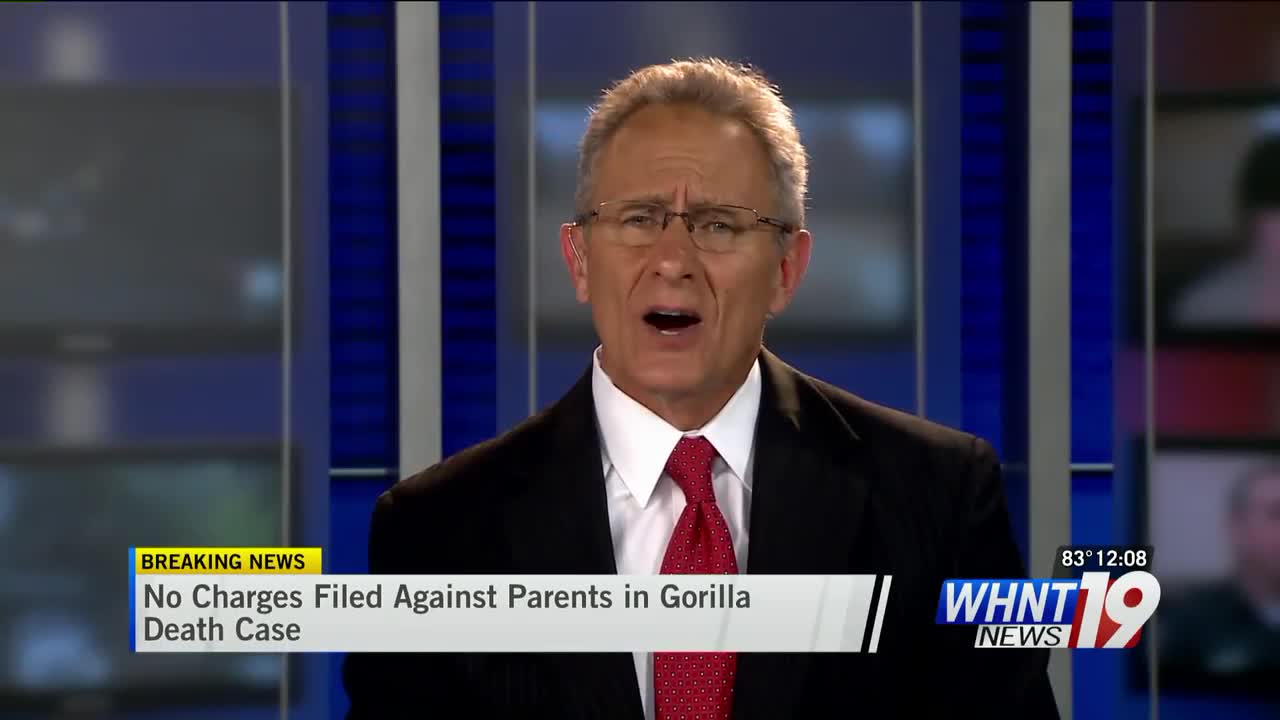 (Reuters) - An Ohio prosecutor announced on Monday he will not bring charges against the mother of the 3-year-old boy who fell into a gorilla enclosure at the Cincinnati Zoo, causing zookeepers to kill the endangered gorilla to save the child.

A 17-year-old endangered western lowland silverback gorilla named Harambe was shot by zoo staff in the minutes after the boy fell on May 28, and the killing triggered intense criticism of the zoo and the boy's mother.

Some critics had called for criminal charges against the mother, who was with the boy at the zoo, for reckless endangerment.

See more from this controversial case:

Prosecutor: No charges against mother in Cincinnati gorilla case
Harambe, a 17-year-old gorilla at the Cincinnati Zoo is pictured in this undated handout photo provided by Cincinnati Zoo. REUTERS/Cincinnati Zoo/Handout via ReutersATTENTION EDITORS - THIS PICTURE WAS PROVIDED BY A THIRD PARTY. REUTERS IS UNABLE TO INDEPENDENTLY VERIFY THE AUTHENTICITY, CONTENT, LOCATION OR DATE OF THIS IMAGE. THIS PICTURE IS DISTRIBUTED EXACTLY AS RECEIVED BY REUTERS, AS A SERVICE TO CLIENTS. FOR EDITORIAL USE ONLY. NO RESALES. NO ARCHIVES.
This #Gorilla thing has me stressed out, I know that there was a child in the cage, but the animal did nothing to the child.
I'm so mad reading about this gorilla story . The gorilla didn't even look like a threat
The parents need to be held accountable RT @Channel4News: gorilla shot dead after a boy fell into its zoo enclosure https://t.co/54KjJju8i3
A magnificent gorilla dies because parents can't watch their kids. There I fixed it https://t.co/k8pUBs2SGV
Put endangered gorilla in zoo. Allow child into gorilla's cage. Shoot gorilla dead. Redefine "conservation". https://t.co/TeWZJSBuE9
I may be ignorant to gorilla psychology but, if the gorilla wanted to harm the boy, wouldn't he have done it? looked like protection to me
Yo kid stumble into a gorilla cage, pretty sure that gorilla can raise the kid better than you
Up Next

"I am very sorry about the loss of this gorilla but nothing about this situation rises to the level of a criminal charge," Hamilton County prosecutor Joseph Deters said in a statement.

"Had she been in the bathroom smoking crack and let her kids run around the zoo that'll be a different story. She was attending to her children by all witness accounts and the 3-year-old just scampered off," he told reporters on Monday.

The family said it was very pleased with the decision.

Prosecutor: No charges against mother in Cincinnati gorilla case
RIP #harambe Im sure I will get tons of backlash (per usual) I mean let's be honest, I wear the wrong sweatpants and the entire world has something to say about it, but once again , another senseless horrendous animal being killed over people not using their brains. If you watch the footage, you see this gorgeous animal holding that child's hand. Do with that ,what you will. As sad as this makes me, a part of me is happy for that amazing creature doesn't have to live in captivity another day. Bring on the hate!!!! 👍🏼
Damn homie.. You was just chillin at your crib. R.I.P https://t.co/shTdDzldwh
Oh the poor gorilla,he did nothing wrong,if you watch the video,so sad..as a mother I would've jumped in too.
It seems that some gorillas make better parents than some people.
If your kid purposefully falls into a gorilla cage, you should just tell your kid goodbye. That's called Darwinism.
If you leave your kid in a car you go to jail, if you let your kid fall into a Gorilla Enclosure u should too! #TeamDl
It saddens me to no end that a gorilla had to be put down because of an irresponsible parent. However you look at it, that's just sad.
If I ever let my toddler fall into a gorilla enclosure please leave the gorilla alone and just shoot me.
Taking their eye off the ball, but no child should ever be able to crawl into a gorilla compound. https://t.co/intjxDvUqk
How was the gorilla enclosure not child proof? You're dealing with an endangered species & yet you've made it possible for kids to fall in?
For the record, the parents are absolutely partially at fault, but it shouldn't have been possible, unsupervised or otherwise.
This is why I hate zoos! This is so messed up. This poor gorilla. https://t.co/sdr3KXMyQa
I just don't see how your kid ends up in a gorilla pit. I come from one of those if the kids being too quiet something wrong families.
that Gorilla tt is a rabbit hole i can't stop reading. both tragedy & comedy
PLEASE morning shows, don't put these idiot parents on your programs. The gorilla is dead. NO ONE wants to hear from them. #Harambe
"17 yr old Harambe the Gorilla was shot dead after boy falls into Ohio zoo enclosure" Where were the parents?! https://t.co/q3hS34xccL
Last week a naked man in Chile jumped in a lion den on purpose now this boy with the gorilla...Beautiful innocent animals killed. Smh 💔 🦁🦁🐵
Up Next