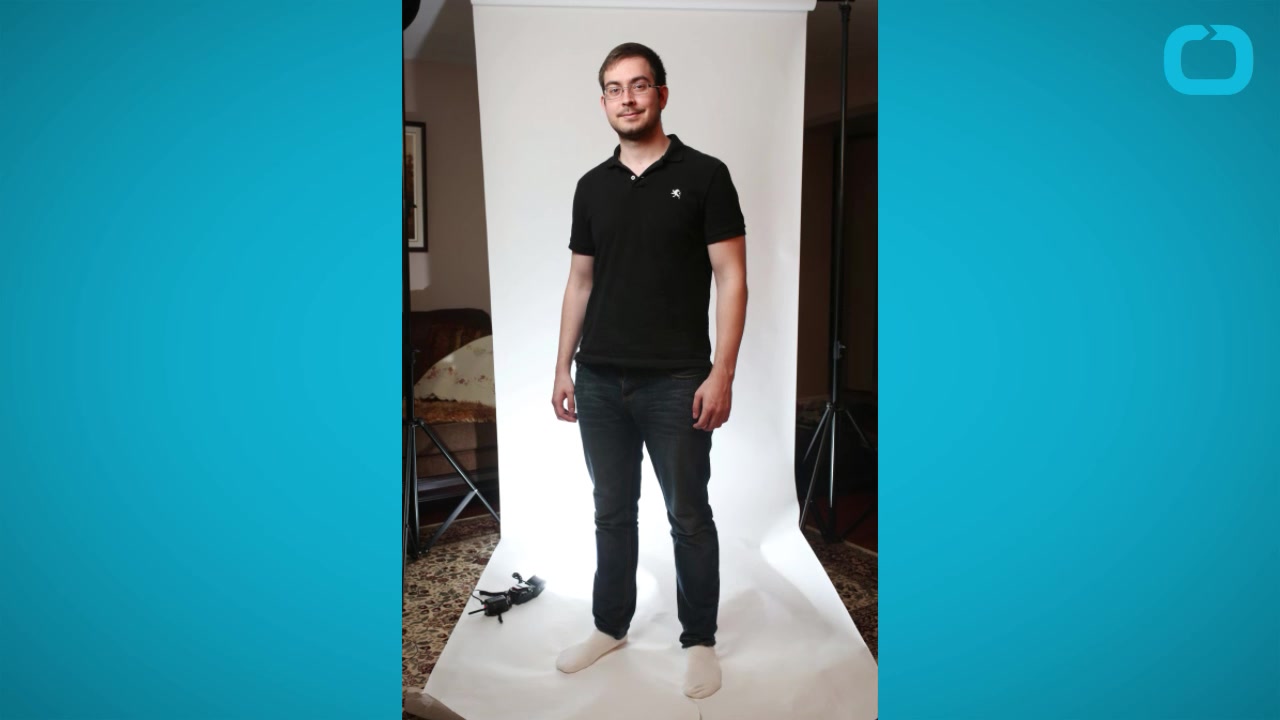 A band of three men apparently jumped and viciously attacked a 59-year-old Muslim man outside a mosque in Jamaica, Queens, last week. A witness saw the group tail the victim, Mohamed Rasheed Khan, after Khan left the mosque and hopped on his bicycle. The men reportedly approached Khan around the corner and punched him over and over in the face and body. They broke the victim's ribs and bones in his face. Khan also suffered a concussion. He is bleeding internally and was unable to speak, says CBS2.

The witness saw the trio, some of whom were laughing, leave the scene. He went around the corner to see why, and found the victim — whom he knew from the mosque — lying in the street. The attackers did not steal anything from Khan, who was wearing traditional Islamic attire, reports WABC.

The NYPD is investigating the case but has not yet identified the suspects or classified this as a hate crime, though it's getting pressure from groups to do so. Last December, in the wake of the San Bernardino attacks, a man was charged in the beating of a Muslim store owner in Astoria. In January, two Bronx teens were arrested for a hate-crime assault after shouting "ISIS" and punching and kicking a man wearing a shalwar kameez, a traditional South Asian dress, while the victim was walking his 9-year-old niece home from school.

Learn more about the backlash Muslims face in the U.S.:

12 PHOTOS
Backlash faced by Muslims in US
See Gallery

Muslim man ambushed and savagely beaten in front of Queens mosque
Egyptian-American community activist Rana Abdelhamid (L) demonstrates a move during a self-defense workshop designed for Muslim women in Washington, DC, March 4, 2016 in this handout photo provided by Rawan Elbaba. Picture taken March 4, 2016. REUTERS/Rawan Elbaba/Handout via Reuters ATTENTION EDITORS - FOR EDITORIAL USE ONLY. NOT FOR SALE FOR MARKETING OR ADVERTISING CAMPAIGNS. THIS PICTURE WAS PROVIDED BY A THIRD PARTY. REUTERS IS UNABLE TO INDEPENDENTLY VERIFY THE AUTHENTICITY, CONTENT, LOCATION OR DATE OF THIS IMAGE. THIS PICTURE IS DISTRIBUTED EXACTLY AS RECEIVED BY REUTERS, AS A SERVICE TO CLIENTS
Young Muslims protest U.S. Republican presidential candidate Donald Trump before being escorted out during a campaign rally in the Kansas Republican Caucus at the Century II Convention and Entertainment Center in Wichita, Kansas March 5, 2016. REUTERS/Dave Kaup TPX IMAGES OF THE DAY
A Muslim man prays while people shout slogans against U.S. Republican presidential candidate Donald Trump outside of his office in Manhattan, New York, December 20, 2015. REUTERS/Eduardo Munoz TPX IMAGES OF THE DAY
Janice Tufte of Seattle, a Muslim, participates in a pro-refugee protest organized by Americans for Refugees and Immigrants in Seattle, Washington November 28, 2015. REUTERS/Jason Redmond
NEW YORK, UNITED STATES - MARCH 09: A poster, reads 'Muslims! They invented coffee, the toothbrush, and algebra... Oh wait, sorry about the algebra. That's a year of class you'll never get back', is being displayed at a subway station under 77th Street, New York, NY, USA on March 09, 2016. Varied posters giving right information about Muslims and inform people against Islamophobia, prepared by Muslim comedians Negin Farsad and Dean Obeidallah, are being displayed at 144 subway stations of subway system in New York City within a project with 20,000 US Dollars cost. (Photo by Selcuk Acar/Anadolu Agency/Getty Images)
BROOKLYN, NEW YORK CITY, NEW YORK, UNITED STATES - 2016/01/18: Bay Ridge residents march along Ft Hamilton Parkway in support of the Muslim community. Hundreds of Brooklyn residents gathered in Bay Ridge at the site of an alleged bias attack for a march entitled 'Muslims Our Neighbors' in support of Bay Ridge's Islamic community. (Photo by Andy Katz/Pacific Press/LightRocket via Getty Images)
MIDTOWN MANHATTAN, NEW YORK, UNITED STATES - 2015/12/20: Several hundred demonstrators rallied outside of Trump Tower at East 56th Street and Fifth Avenue in Manhattan to condemn Republican Presidential candidate Donald Trump's position on immigration rights; after rallying for nearly two hours, demonstrators marched to Herald Square. (Photo by Albin Lohr-Jones/Pacific Press/LightRocket via Getty Images)
A group of Muslims pray before a rally in front of Trump Tower December 20, 2015 in New York. Republican presidential hopeful Donald Trump proposed a call for a ban on Muslims entering the United States. AFP PHOTO/KENA BETANCUR / AFP / KENA BETANCUR (Photo credit should read KENA BETANCUR/AFP/Getty Images)
WASHINGTON, DC - DECEMBER 10, 2015: Fire and hazmat crews arrive on the scene to investigate a suspicious letter delivered to the Council on American-Islamic Relations (CAIR) on December 10, 2015 in Washington, D.C. CAIR is the largest non-profit Muslim civil rights and advocacy organization in the United States, with offices two blocks from the U.S. Capitol building. (Photo by Allison Shelley/Getty Images)
MANHATTAN, NEW YORK CITY, NEW YORK, UNITED STATES - 2015/12/09: Hand-lettered Love Your Muslim Neighbor sign held aloft. City council speaker Melissa Mark-Viverito led an interfaith rally of political leaders and clergy on the steps of city hall to denounce Republican candidate Donald Trump's call to ban Muslim entry into the US. (Photo by Andy Katz/Pacific Press/LightRocket via Getty Images)
SAN BERNARDINO, Dec. 6, 2015-- Local Muslim residents attend a gathering to mourn victims who were killed in the recent deadly shooting incident in Islamic Community Center in Loma Linda, San Bernardino, California, United States, Dec. 6, 2015. (Xinhua/Yang Lei via Getty Images)
WASHINGTON, DC DECEMBER 2: Ibrahim Hashi, a Muslim veteran of the United States military, is pictured in his American University dorm room, where a Marine Corp flag hangs on his living room wall, on Wednesday, December 2, 2015, in Washington, DC. Since leaving the Marines as a corporal in 2011, Hashi has heard more anti-Muslim rhetoric than ever. (Photo by Jahi Chikwendiu/The Washington Post via Getty Images)
Up Next

More from Daily Intelligencer:
Donald Trump’s Anti-P.C. Crusade Creates a Feedback Loop of Resentment Among His Supporters
Ronald Reagan Was Once Donald Trump
Trump University Taught Students How to Increase Their Credit-Card Limits Through Lying