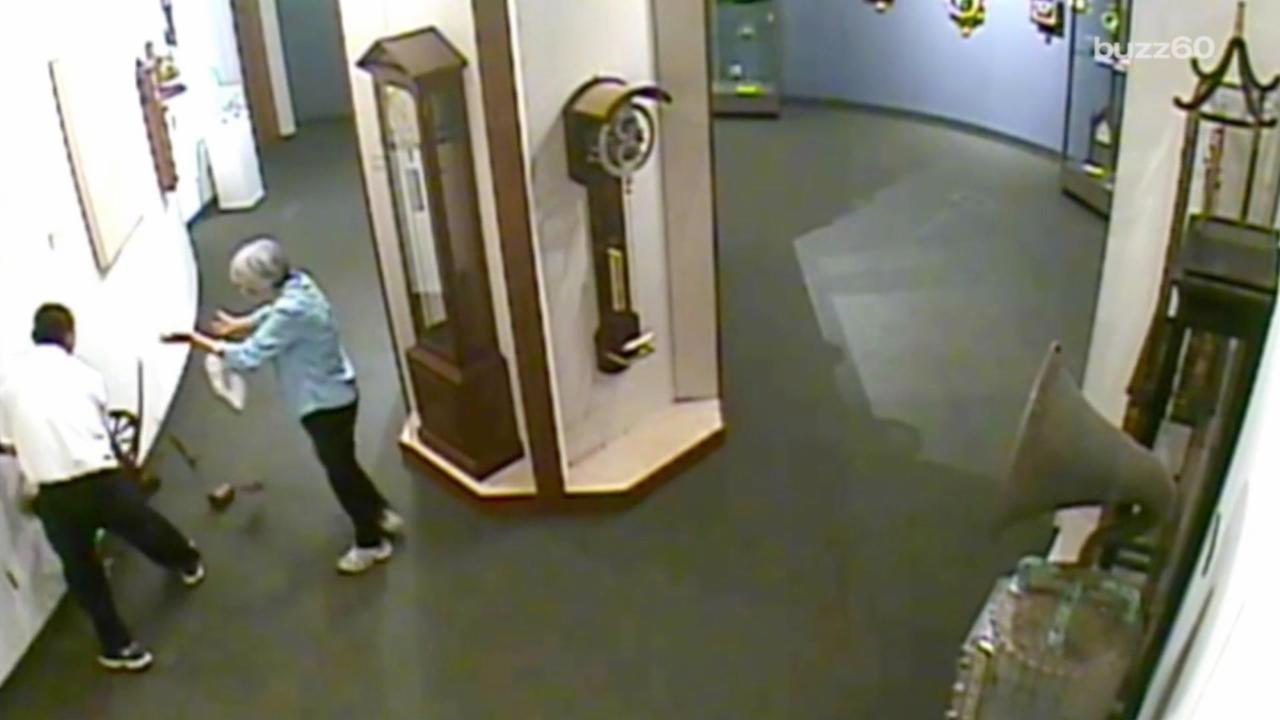 Museums 101: Don't touch anything, because if you do, you'll ruin it.

Think that's an exaggeration? Well, it took one man just 15 seconds to prove it isn't.

He was visiting the National Watch and Clock Museum in Columbia, Pennsylvania, when he took a photo of the clock. After his photo, the man approaches the clock and commits the cardinal museum sin: he touches it.

The man was tugging and yanking at different parts of the clock.

The museum has 1,500 clocks on display, and some of them don't constantly run. Museum staffers who watched surveillance video of the man believe he was trying to get the clock to start.

His poking and prodding proved successful for just a moment, as the clock began to run... just before it fell off the wall and smashed onto the ground.

The man tried to hang it back on the wall, but it was too late.

The museum posted the surveillance video to Instagram and used it as a teaching moment, with the caption, "This is why we beg visitors not to touch museum objects!"

This is why we beg visitors not to touch museum object. #museumfail #museums #visitorfail #clock #timepiece

Despite media reports saying the man ran away, the museum director says he actually went to get help.

It will require an extensive repair process, and staffers will likely have to clock in some overtime to get it back up and running.

RELATED: Check out the top 10 Museums in the USA:

More from AOL.com:
What your antiques are worth now
Rebecca Louise reveals the secret to staying in shape
This tiny house has been featured on three different TV shows because it's just that perfect