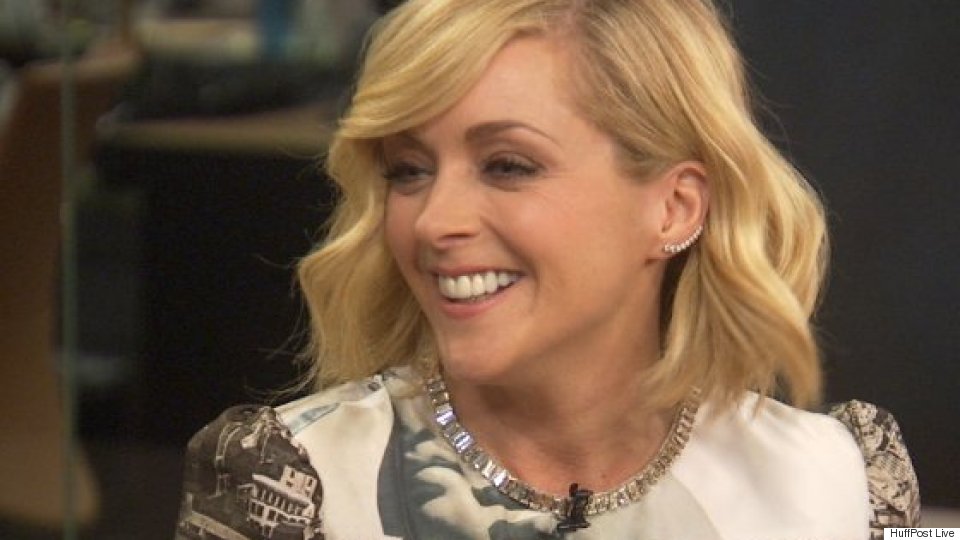 Since Jane Krakowski took on the role of pampered Jacqueline Voorhees on "Unbreakable Kimmy Schmidt," comparisons to her previous narcissistic character, Jenna Maroney on "30 Rock," started to crop up.

While Krakowski admits that both characters are "quite extreme in their character qualities" and come from a "similar writing voice," she approaches the pair very differently.

"I think Jenna was such a sociopathic entity really that she believed everything in herself. Jenna was such an amazing character to play in the sense that she didn't know right from wrong, so there was so much joy in that farcical land that they created for the show," she told AOL in an exclusive interview. "But I feel like Jacqueline is actually trying to learn from others. I actually appreciate that they're trying to make a better human being out of Jacqueline as the seasons go on."

SEE ALSO: Did you catch this '30 Rock' Easter egg in 'Unbreakable Kimmy Schmidt'?

One glaring difference between Jacqueline and Jenna is that Jacqueline doesn't sing. While Jenna was known to break out in unsolicited song on "30 Rock," most musical numbers have been given to "Unbreakable" co-star Titus Burgess.

"Unfortunately, they have decided that Jacqueline cannot sing and is tonally deaf. Maybe that might change as seasons go on and on, but that was one of the fine line differences they wanted to make between Jenna and Jacqueline. And my sweet Titus is getting all the great musical moments," Krakowski said.

See Jane Krakowski through the years:

For some fans, it may feel like a waste for the 47-year-old actress, who has a Tony Award to her name. Some of Jenna Maroney's finest moments were in her theatrical performances in fictional productions "Mystic Pizza" and "Rural Juror."

It's no surprise that it's easy for the cast of such a long-running show to get nostalgic. Reflecting on her time on "30 Rock," Krakowski said her greatest joys on the show were when they were picked up for season after season.

"Every season, we weren't sure if we were coming back to make more and because it was such a great chemistry between all the characters, and we loved doing it so much," she said. "I remember every year when we got the pick-up was one of those great moments of 'Thank goodness we get to make another season.' I don't think there was a day where all of us didnt appreciate that we got another season to make the show beacuse we all loved our each individual characters so much."

Even though she got to display her vocal chops more on "30 Rock," Krakowski has been able to keep her vocal chords warm while working on "Unbreakable Kimmy Schmidt," too, albeit not on the show. Thanks to Netflix's more flexible shooting schedule, the actress has made her big return to stage after 13 years -- and she's also nominated for a Tony Award for her performance in Broadway's "She Loves Me."

"When you're on network, that's your main job, and I hadn't been back on Broadway for many years because I was luckily healthily employed on network television for many, many years," she said. "But there is a great joy for me to go back and forth between the two. Theater is such a physical entity, whereas television is much more close up, so its fun for me to fully physically embody the characters in a Broadway show."

For someone who brings so much joy to audiences both at home and live in theater, it seems natural that the actress is kicking off summer on Good Humor's "Welcome to Joyhood Tour." Krakowski, who has always been keen on the strawberry shortcake bar, actually surprised passersby in NYC's Union Square last week and gave out free ice cream and goodies as an "Honorary Good Humor Woman."

"My fondest memories as a child are hearing the Good Humor Man come around and ring the bell and being so excited, so I was thrilled when they asked me to kick this off," she said.

Of course, her son is totally stoked about mom's big-time connection to the ice cream company.

"Since spring has happened, we have this tradition of stopping by the ice cream truck every Friday after school on the walk home from school in the park. I think it's my joy I'm trying to pass on as a tradition to him."

More on AOL.com
Here's how much money reality TV stars actually make on shows — it's not what you think
'The Amanda Show' is returning to TV, so get ready for everyone to start screaming 'Amanda, please!'
Bruce Springsteen dances with a male fan dressed like Courteney Cox