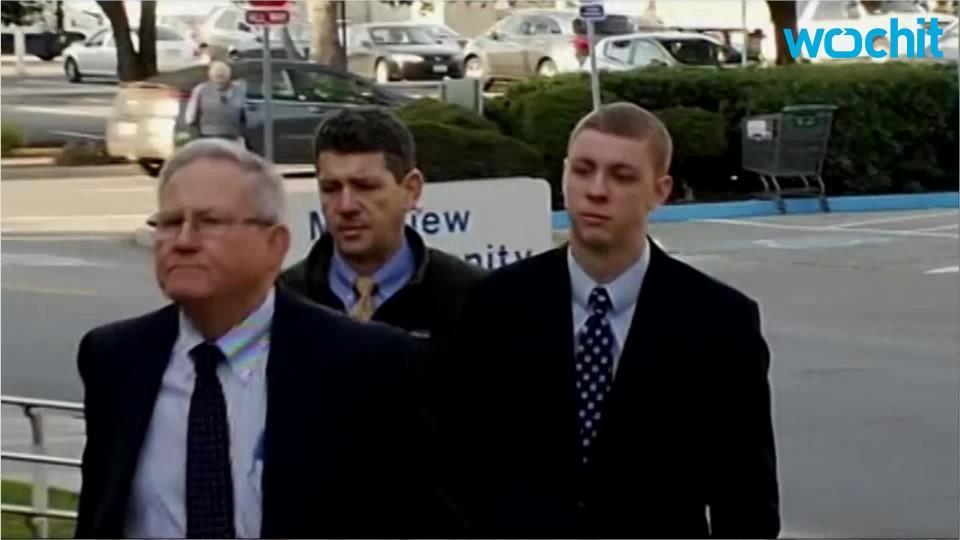 On Friday, former Stanford swimmer Brock Turner was sentenced to six months in county jail and probation for publicly raping an unconscious woman in January of last year. A jury found Turner guilty of three sexual assault charges (including assault with intent to commit rape of an intoxicated person; sexually penetrating an intoxicated person with a foreign object; and sexually penetrating an unconscious person with a foreign object), but although he faced up to 14 years in state prison, judge Aaron Persky ruled Turner should receive a relatively light sentence because, "a prison sentence would have a severe impact on him."

On the same day Brock Turner was sentenced, his 23-year-old victim shared her testimony in full. "To sit under oath and inform all of us, that yes I wanted it, yes I permitted it, and that you are the true victim attacked by Swedes for reasons unknown to you is appalling, is demented, is selfish, is damaging," she said to Brock in the courtroom. "It is enough to be suffering. It is another thing to have someone ruthlessly working to diminish the gravity of validity of this suffering."

Now a letter written by Brock Turner's father, Dan Turner, has come to light, and although it was written before Brock's sentencing for the purpose of requesting the judge give his son probation in lieu of prison time, if anything its contents prove the victim's point.

In the letter, Dan Turner refuses to acknowledge that his son has raped anyone — instead he calls the brutal scene behind the dumpster "the events of Jan. 17th and 18th" and "20 minutes of action" that "deeply altered" Brock Turner's life. (Nowhere does Dan Turner mention the possible effects those 20 minutes had on life life of Brock's victim.) He spends five full sentences discussing the fact that Brock, who used to enjoy "a big ribeye steak" and his "favorite pretzels and chips," has lost his appetite since he was convicted of sexual assault.

The letter also mentions Brock's athletic achievements, as well as his swimming scholarship — a point his victim also emphasized in quoting a news report on her own rape:

She was found breathing, unresponsive with her underwear six inches away from her bare stomach curled in fetal position. By the way, he's really good at swimming. Throw in my mile time if that's what we're doing. I'm good at cooking, put that in there, I think the end is where you list your extracurriculars to cancel out all the sickening things that've happened.

And instead of blaming Brock for removing his victim's clothes and underwear and digitally raping her, Dan Turner lists "the culture of alcohol consumption and partying" prevalent on Stanford's campus as a contributing factor. He just wasn't ready, Dan Turner wrote, to be so far from his family and friends.

"Campus drinking culture," Brock's victim said. "That's what we're speaking out against? Not awareness about campus sexual assault, or rape, or learning to recognize consent. Campus drinking culture. You realize having a drinking problem is different than drinking and then forcefully trying to have sex with someone? Show men how to respect women, not how to drink less."

More from The Cut:
Stanford Swimmer Who Raped Unconscious Woman Gets Short Sentence Because Jail Would Have a ‘Severe Impact on Him’
Women Take Short Break From Consuming Fancy Cheeses to Prevent Date Rape
A Teen Who Raped and Killed His Girlfriend Chillingly Recorded It All on His Phone