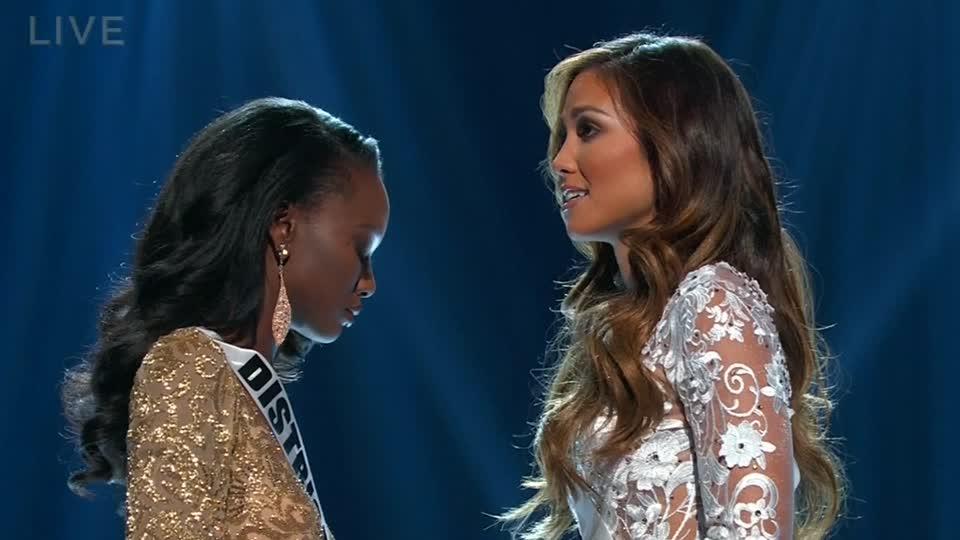 June 5 (Reuters) - A 26-year-old Army officer from the District of Columbia was crowned winner of the Miss USA pageant on Sunday.

Deshauna Barber, an IT analyst for the Department of Commerce, triumphed over 51 other contestants, including first runner-up Chelsea Hardin, representing Hawaii, to claim victory in the annual contest which was held at the T-Mobile Arena in Las Vegas.

As one of the contestants, Barber was asked a question about women soldiers and replied "We are just as tough as men."

For her question as one of five finalists, Hardin was asked whether she would support Hillary Clinton or Donald Trump, former owner of the pageant, if the U.S. election were held tomorrow.

The question brought jeers from the audience and criticism on social media. In her reply, Hardin declined to name either candidate, instead addressing qualities a president should possess.

The other finalists were from Georgia, Alabama and California.

Barber will go on to compete as the U.S. representative at the annual Miss Universe pageant later this year.