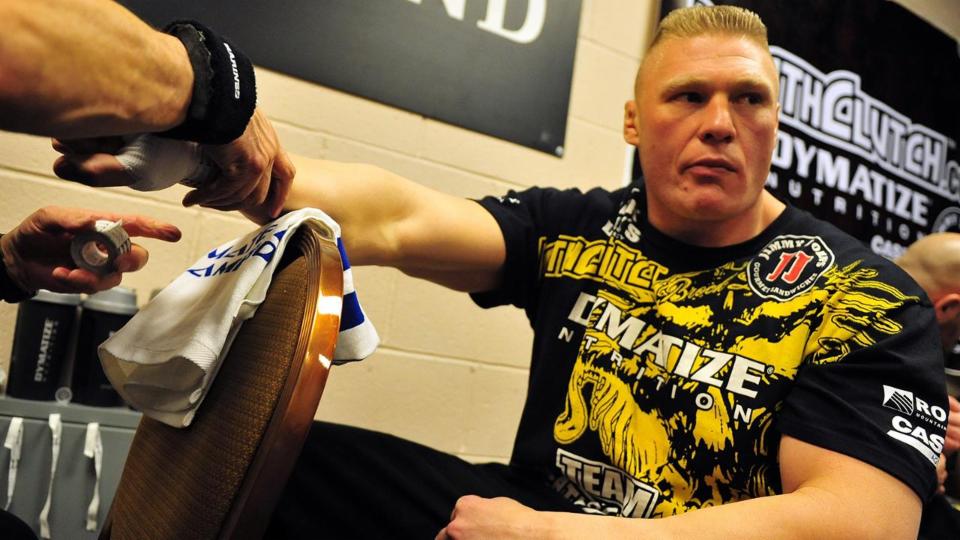 Lesnar took to SportsCenter to discuss his issues with retirement and his decision to come back to the sport. However, the biggest news point was that he is coming back to face a ranked competitor in Hunt.

"I've never turned down a fight in the UFC," Lesnar said while speaking with Hannah Storm. "This is the guy they wanted me to face. I think I match up very well. If Mark Hunt ends up on the ground, the fight is over."

Lesnar last competed in the UFC back in 2011 when he was defeated by Alistair Overeem. In the past, he's shown difficulty when dealing with effective strikers and Hunt falls into that category. The 42-year old heavyweight is enjoying resurgence of late as he's riding a two-fight win streak. Since joining the UFC back in 2010, Hunt has finished six of his seven victories by knockout.

Lesnar's return to the cage is a major story because he's one of the best PPV draws the promotion ever put in front of its audience. At UFC 100 his fight against Frank Mir generated 1.6 million PPV buys. His fights against Shane Carwin and Randy Couture also generated more than 1 million PPV buys. He's currently contracted by the WWE, where he will return after this appearance in the Octagon. However, this fight is going to greatly increase his bank account.

"There are a lot of zeroes behind it," Lesnar said while speaking of his salary. "At the end of the day, I'm a prize fighter. They are making money. I'm making money."

UFC 200 is set for July 9 and will feature Daniel Cormier defending his title against Jon Jones, Miesha Tate against Amanda Nunes and Frankie Edgar versus Jose Aldo.