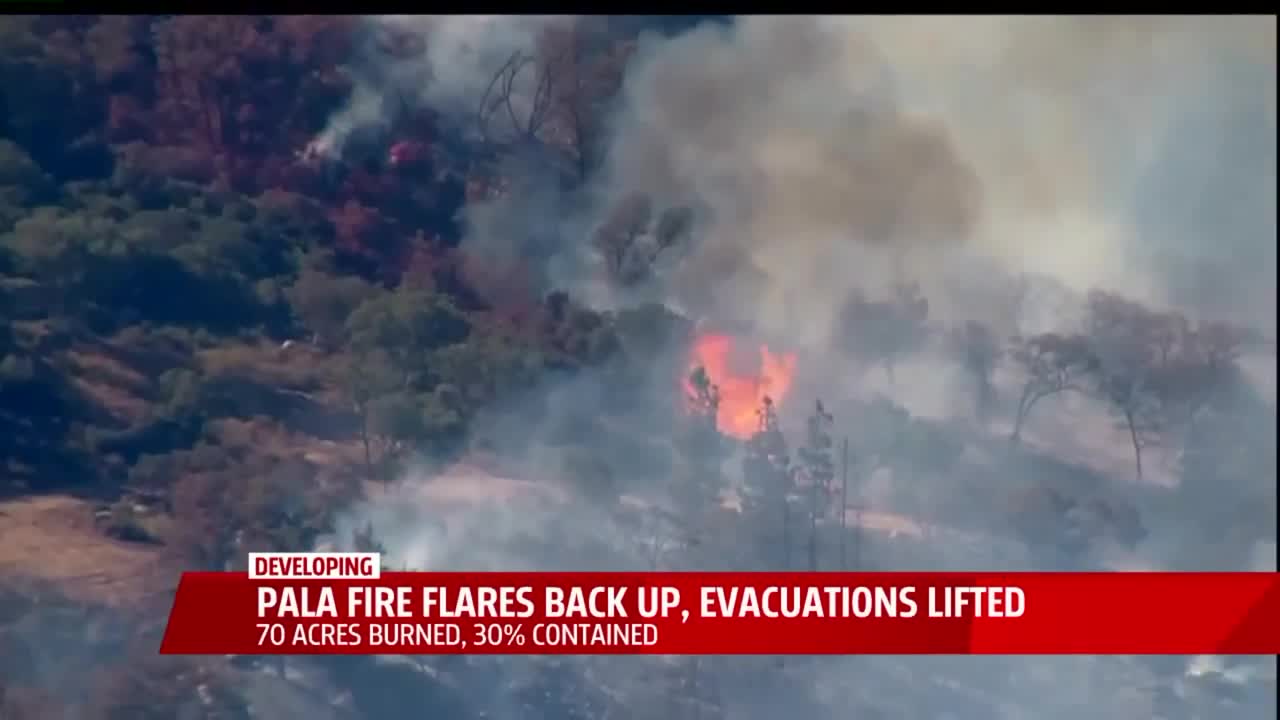 PALA, Calif. – Brisk winds and summery warmth combined Friday to re-ignite the smoldering burn area of a 45-acre wildfire in the far northern reaches of San Diego County and once again forced people to flee their homes, three days after an initial round of evacuations.

Several small new fires broke out about 3:15 p.m. along the edges of the charred swaths of hilly terrain east of Interstate 15 and about a mile south of the Riverside County line, according to Cal Fire, which dispatched ground crews firefighting aircraft to douse the flames.

Within two hours, about 25 additional acres had burned, said Kendal Bortisser, a fire captain with the state agency. Sheriff's deputies cleared people out of homes in the nearby Rancho Heights area as a precaution.

The original blaze began Tuesday afternoon as a house fire in the 38800 block of Pala Temecula Road. The flames quickly spread into adjacent trees and brush and began moving through thick foliage on surrounding rural lands.

Authorities evacuated about 100 residents in the area of Temepa Road as the fire grew. They were allowed to return to their homes early Tuesday evening, as crews gained control over the flames.

As of this morning, firefighters had the blackened footprint of the blaze 95 percent contained, Cal Fire reported.

See photos of the blaze below:

Wildfire in North County re-ignites, prompting mandatory evacuations
Up Next

More headlines:
Man told police he killed his wife for bizarre reason
Man distraught over passport that made him look like Hitler
Severe weather to strike large US area this weekend