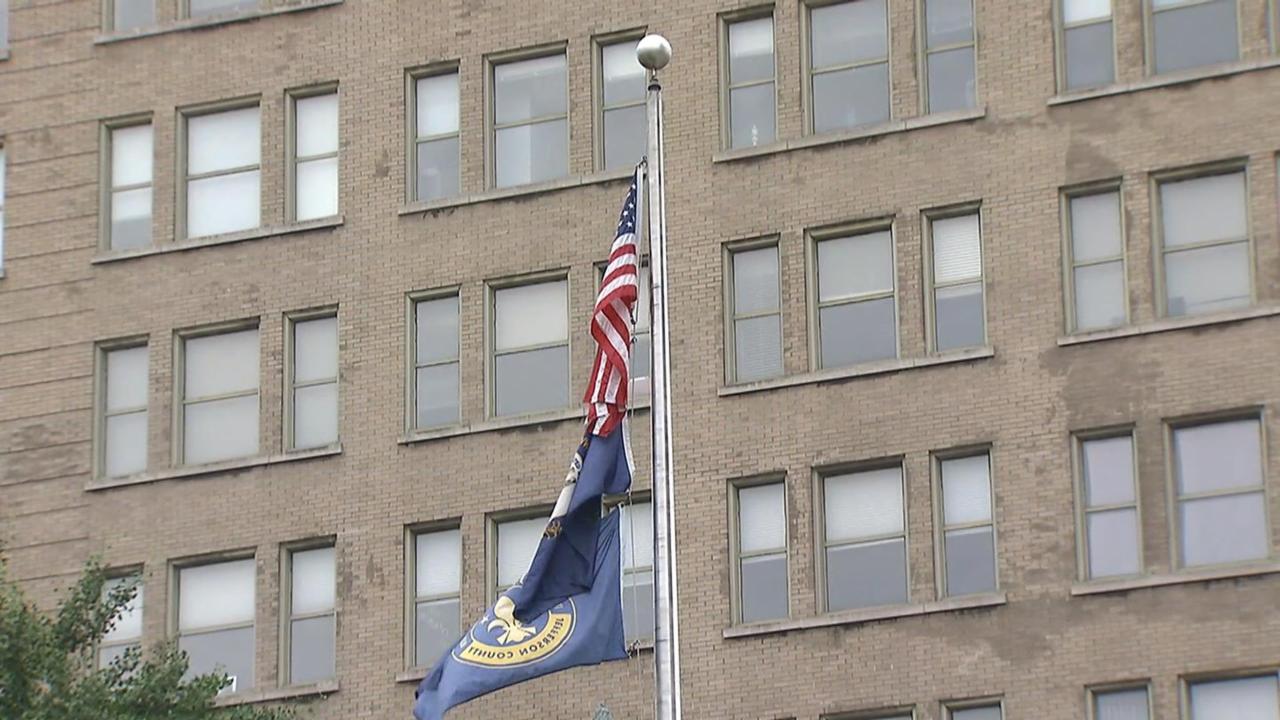 Boxing legend Muhammad Ali died of septic shock after spending five days at an Arizona hospital for what started out as respiratory problems and gradually worsened, succumbing only after his wife and children arrived at his bedside to say goodbye, family spokesman Bob Gunnell said Saturday.

SEE ALSO: Muhammad Ali, 'The Greatest of All Time', Dies at 74

"It was a solemn moment," Gunnell told reporters in Phoenix.

The details came as Ali's family revealed plans for a Friday funeral in his hometown of Louisville, Kentucky, a daylong affair that will include a procession through the streets where he grew up and learned to box. The service will include eulogies from former President Bill Clinton, journalist Bryant Gumbel and comedian Billy Crystal. He'll be buried in a local cemetery with only family watching.

Back in Louisville, the city lowered flags in mourning and prepared to welcome him home one last time.

"The Louisville Lip spoke to everyone," Fischer said, referring to the dismissive nickname the press gave the boastful Ali early on his career. "But we heard him in a way no one else could, as our brother, our uncle and our inspiration."

See photos of Muhammad Ali through the years:

Ali, who had suffered for more than three decades from Parkinson's disease, had survived several death scares in recent years, so when he was admitted Monday with breathing problems his family expected him to rebound, Gunnell said.

Then things turned serious, and it became clear that he wasn't going to improve, Gunnell said.

His family traveled to his bedside, where they remained for about a day before Ali died at 9:10 p.m. local time on Friday. The official cause of death was "septic shock due to unspecified natural causes," Gunnell said.

One of his daughters, Hana Ali, recalled his final moments with family by his side, hugging and kissing him and holding his hands as they chanted Islamic prayers.

"We all tried to stay strong and whispered in his year, 'You can go no. We will be okay,'" Hana Ali wrote on Twitter.

Even after his other organs failed, his heart kept beating for 30 minutes, she wrote.

Ali grew up on Grand Avenue in a middle-class but black section of Jim Crow-era Louisville, and was inspired to box at 12 by a police officer who heard him ranting about someone who'd stolen his bicycle. The racism he absorbed there as a child influenced the political stands he made years later. But he remained continued to return to Louisville as his legend grew, and the city embraced him.

Muhammad Ali's hometown of Louisville honors the late boxer as 'our inspiration'
Our father was a "Humble Mountain!" And now he has gone home to God. God bless you daddy. YOU ARE THE LOVE OF MY LIFE!
The Greatest Man that ever lived. Daddy my best friend & my Hero You R no longer suffering & now in a better place. https://t.co/IASO4u3Ikn
R.I.P to the World's Greatest #MuhammedAli #Legend
Goodbye my friend. You were Great in so many ways. https://t.co/4rY68GF8mB
Paul on the passing of Muhammad Ali: https://t.co/AfhcmeL4Vq https://t.co/2wuQdrAtJf
Muhammad Ali was the greatest, not only an extraordinary athlete but a man of great courage and humanity.
I wish this year would stop already it's just to much. https://t.co/QoIwdvWzvL
I met him a few times . And he was always the funniest guy in the room. So sad. https://t.co/gl6hjV7Y0W
Ali, the G-O-A-T. A giant, an inspiration, a man of peace, a warrior for the cure. Thank you. https://t.co/MCLyJhLC0X
God came for his champion. So long great one. @MuhammadAli #TheGreatest #RIP https://t.co/jhXyqOuabi
My thoughts & prayers go out to Muhammad Ali's family. My long statement is posted on https://t.co/3E8awvpT08 https://t.co/aEVzMacHg0
For the greatest man I have ever known. https://t.co/OUZHVZWBHY
Today my heart goes out to a pioneer, a true legend, and a hero by all means! Not a day went by entering the gym that I didn't think of you. Your charisma, your charm and above all, your class are all of the elements that will be greatly missed by myself and the world. You are someone that inspired me greatly throughout my boxing journey and words cannot express how great you were as a person! Thank you for everything you've done for Black America, in the the world of sports & entertainment and for the legacy you leave behind! My sincerest condolences to the Ali family!
"I'm so fast, I can turn off the light and hop in the bed before the room gets dark." RIP Muhammad Ali #GOAT
You will always be my hero ... #MuhammadAli https://t.co/Rbp7Be3JAK
I had the honor of knowing #Muhammad Ali. He was simply The greatest inspiration to the whole world. Sad sad day.
God bless the greatest forever the greatest. A true hero. A man of conviction and love
Ali, you were generous every time I met you. Thank you for all you did for so many. Your memory will live on forever #Olympicgold #GOAT
Ralph Ali, Frazier & Foreman we were 1 guy. A part of me slipped away, "The greatest piece" https://t.co/xVKOc9qtub
R.I.P Muhammad Ali...so saddening #WorldsGreatest #Legendary
The original GOAT is gone. I will never forget his vast legacy and the time he showed me a magic trick. #MuhammadAli Forever!!
#RIPMuhammadAli - one of the most powerful, courageous, passionate souls to walk this earth.
The Champion of Champions! In the most brutal of sports he was all beauty and grace. #MuhammadAli
Up Next

At the Muhammad Ali Center on Saturday, CEO Donald E. Lassere read a statement from the institution, which said Ali "will be remembered for his love for all people, his athleticism, his humanitarian deeds, social justice and perhaps mostly his courage in and out of the ring."

Lassere added, "And I'm sure Muhammad would want me to say this as well: he would want to be remembered for how pretty he was."

Fischer asked his audience outside Metro Hall to imagine what it must have been like to witness Ali, born Cassius Marcellus Clay Jr. in 1942, as an infant — his long, remarkable life still ahead of him.

"Imagine that day, that little boy, eyes wide open, looking around the the room at the old Louisville General Hospital, not knowing the life that awaited him, the life he would make, the world he would shake up, and the people he would inspire," Fischer said. "And like you, I am absolutely one of those people."

The mayor added: "Muhammad Ali belongs to the world, but he only has one hometown."

To accentuate that point, Fischer pointed out some of the many honors and titles Ali accrued in his post-boxing career: Amnesty International lifetime achievement award, Presidential Medal of Freedom, Sports Illustrated's Sportsman of the Century, and co-founder, with his wife, Lonnie, of the Muhammad Ali Center, created to "promote respect, hope and understanding in Louisville and around the world."

Earlier on Saturday, a spokesman for Ban Ki-moon, secretary general of the United Nations, which named Ali a "messenger of peace" in 1998, called him "a world champion for equality and peace."

The spokesman recalled Ali first connecting with the U.N. in the 1970s to campaign against apartheid and racial injustice. Later, Ali traveled the world for the U.N. to support children's initiatives and racial and political reconciliation.

"The United Nations is grateful to have benefited from the life and work of one of the past century's great humanitarians and advocates for understanding and peace," the statement said.

More from NBC News:
Global tributes to Muhammad Ali
Looking back at the greatest fights of Ali's career
Ali: Remembering the life of a sports legend