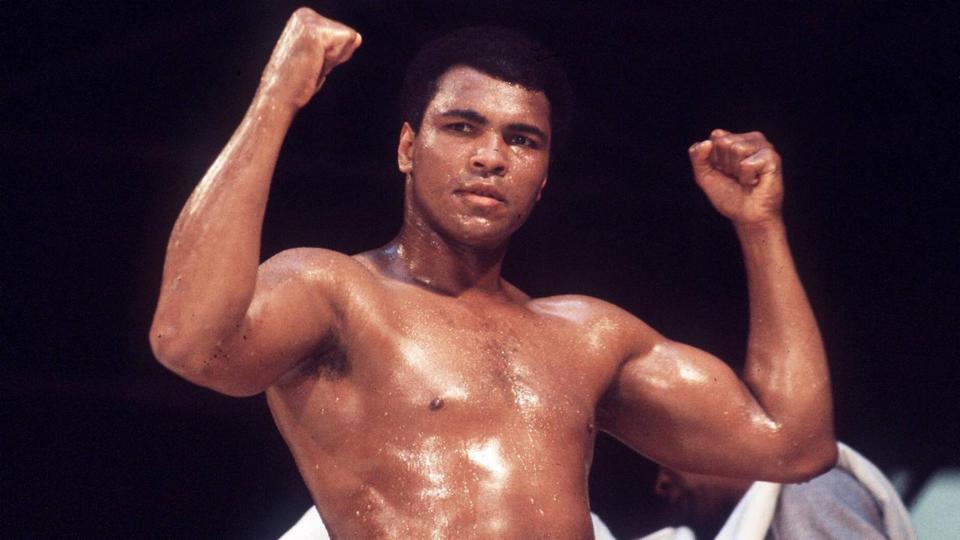 Muhammad Ali's daughter Hana has posted family photos to her Instagram account in tribute to her father, who passed away Friday at age 74.

"Our father was a 'Humble Mountain!' And now he has gone home to God. Pray for the peace of his beautiful soul and for the happiness of his further journey. God bless you daddy. YOU ARE THE LOVE OF MY LIFE!" she wrote and tweeted.

SEE ALSO: Muhammad Ali will always be an American icon

Our father was a "Humble Mountain!" And now he has gone home to God. God bless you daddy. YOU ARE THE LOVE OF MY LIFE!

The photos show the legendary boxer in moments with his family.

And a photo of Ali in action.

And there's a really great picture she posted a few weeks earlier.

Hana Ali is the author of Ali's autobiography The Soul of a Butterfly and More Than a Hero, life lessons from Ali.

Muhammad Ali was admitted to a Phoenix-area hospital Thursday with respiratory issues and he passed away Friday evening. Reports emerged Friday that Ali's condition was serious enough to draw family members to his bedside. Ali was married four times and leaves behind nine children and a large extended family.

Look back at Muhammad Ali's life in photos:

More from Mashable:
16 of the greatest Muhammad Ali quotes
Muhammad Ali will always be an American icon
Muhammad Ali: When a legend is real