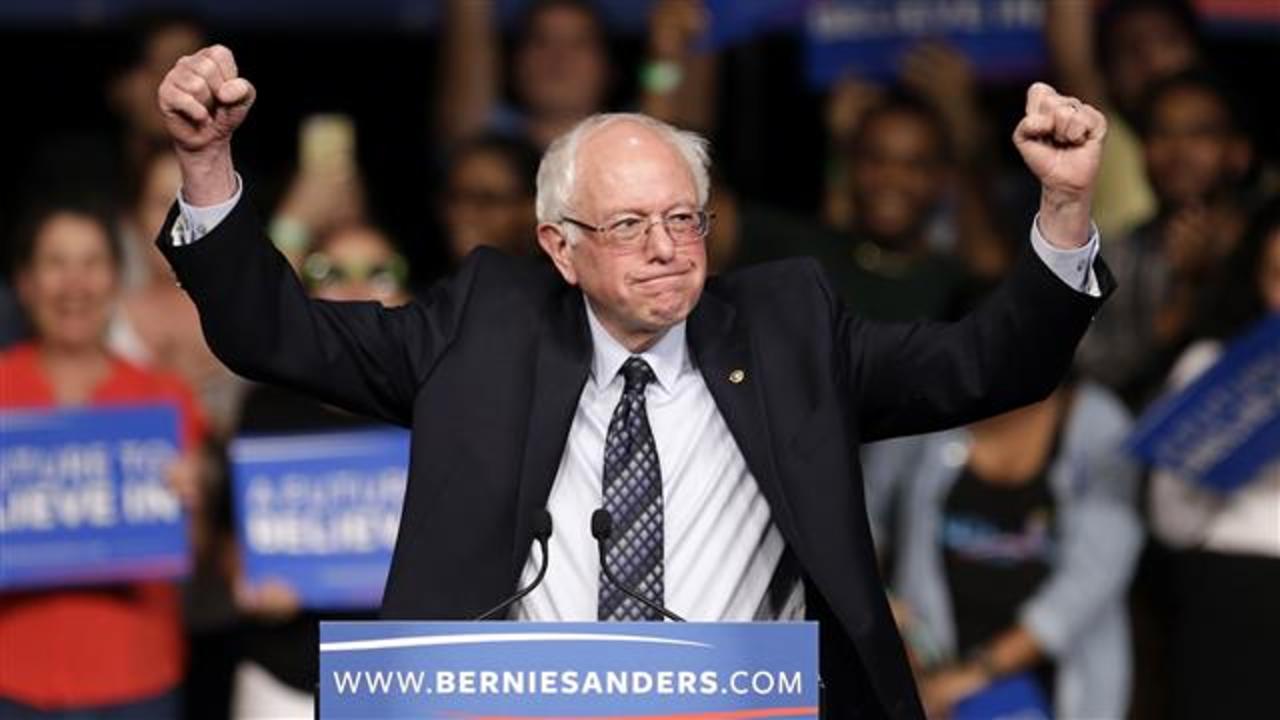 With just a handful of states left to vote in the primary, it's a near-certainty that Bernie Sanders will not be the Democratic nominee, as he trails Hillary Clinton by hundreds of delegates and millions of popular votes.

But the fact that Sanders went as far as he did in the primary is in large part attributable to his dominance among millennials, who backed his bid in staggering numbers.

In fact, Sanders might be the most popular Democratic candidate ever among young voters, according to an analysis from Princeton professor Matt Karp.

How the youth were won: Sanders' support among young people is nothing short of stunning, especially given where he started when the contest began.

More than a year ago, when the Harvard Institute of Politics conducted its first presidential poll of millennials, Sanders' support stood at 1%.

See some of Sanders' most passionate supporters:

Now, with the primary almost over, Sanders has won more than 70% of the 17 to 29-year-old age demographic, and carried the group in all but one of the 27 states where CNN conducted exit polling over the course of the primary cycle.

The one state where he lost younger voters was Mississippi, where he garnered just 37%. One other state — Alabama — had too small a turnout among 17 to 29-year-olds to register on the exit poll.

Experts say part of the reason Sanders was able to clean up with young voters is his message spoke to their generation. That included his forceful admonition of the crushing student debt many face, as well as his fiery anti-Wall Street rhetoric — a group many young voters associate with the financial struggles their parents faced during the recession in 2008.

"This group of millennials came of age with their parents struggling and a Washington that was tone-deaf to their struggles," John Della Volpe, the director of Harvard's millennial poll, said in an interview. "And that's the toxic combo that has created such negative feelings of this generation related to the institutions in Washington, D.C., with Congress, the federal government, Wall Street, the media, etc. And those are the elements in which Sanders is railing against."

Youth turnout not enough: Still, despite Sanders' dominance among younger voters, the age group did not vote in large enough numbers to propel Sanders to the Democratic nomination.

And just as much as young people "Felt the Bern," older voters aged 45 to 65 — the largest voting bloc — backed Clinton by a wide margin, propelling her toward the nomination.

Clinton won the 45 to 65 demographic with more than 65%, according to CNN's exit polls, and it's a number that grows if you include the 65 and older demographic.

Looking toward the general election, however, Clinton will need to win over the young voters who supported Sanders' bid as she seeks to to defeat presumptive Republican nominee Donald Trump, and data show Sanders' army of young voters are likely to swing her way, in time.

According to the Harvard Institute of Politics survey, 80% of Sanders younger supporters said they'd vote for Clinton over Trump.

"The early indication we have is that when you have a choice between Clinton and Trump, overwhelmingly the Sanders voter chooses Clinton," Della Volpe said.