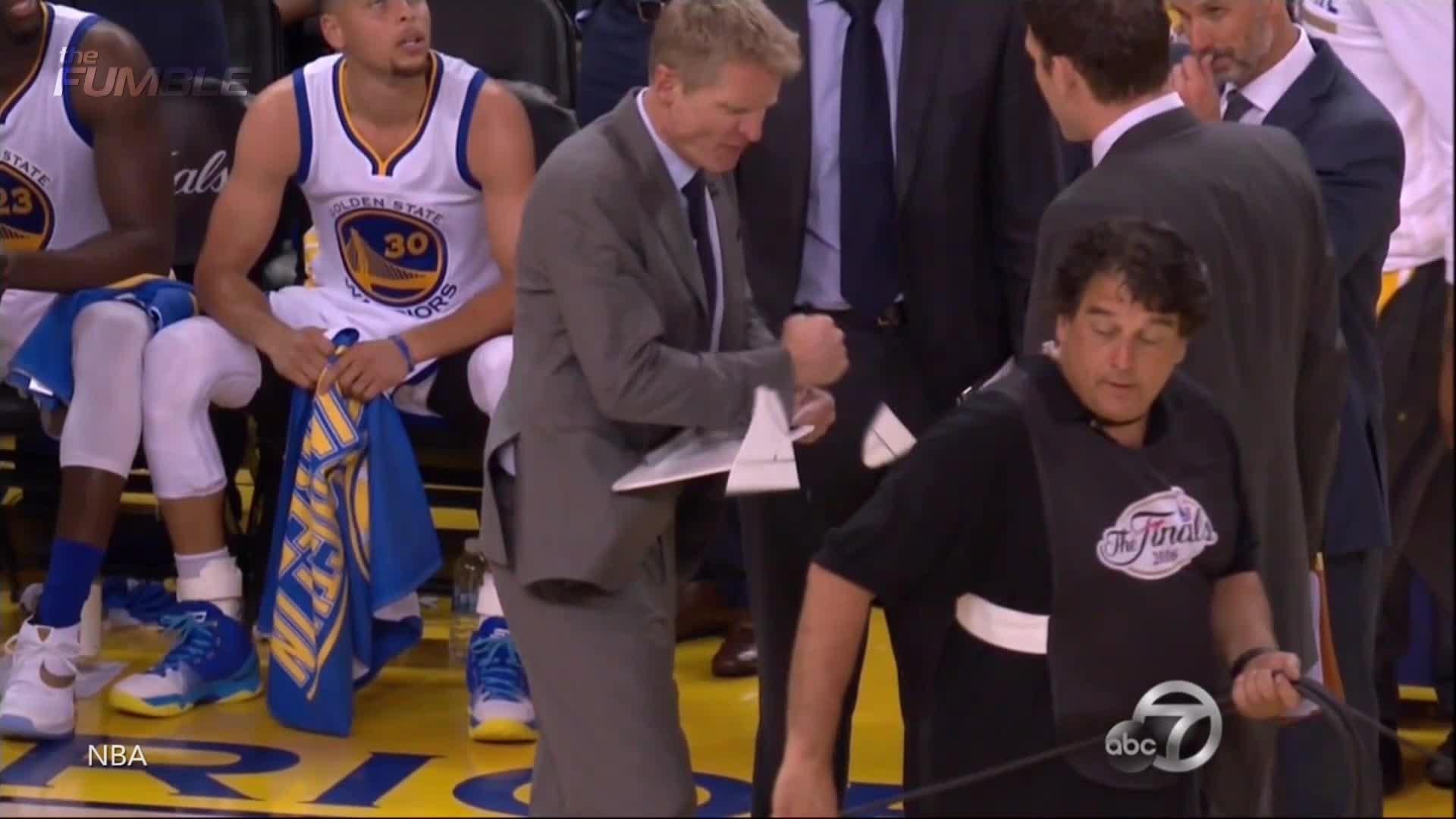 Steve Kerr was not happy when the Cleveland Cavaliers started to make a run in the second half of Game 1 of the NBA Finals, destroying a dry-erase board during a timeout.

The Warriors had outplayed the Cavaliers for most of the night, building a 14-point lead. But the Cavs cut into the lead in the third quarter, eventually taking a one-point lead.

Shortly before his team's lead completely evaporated, Kerr went off on his play-design board, destroying it with one punch. 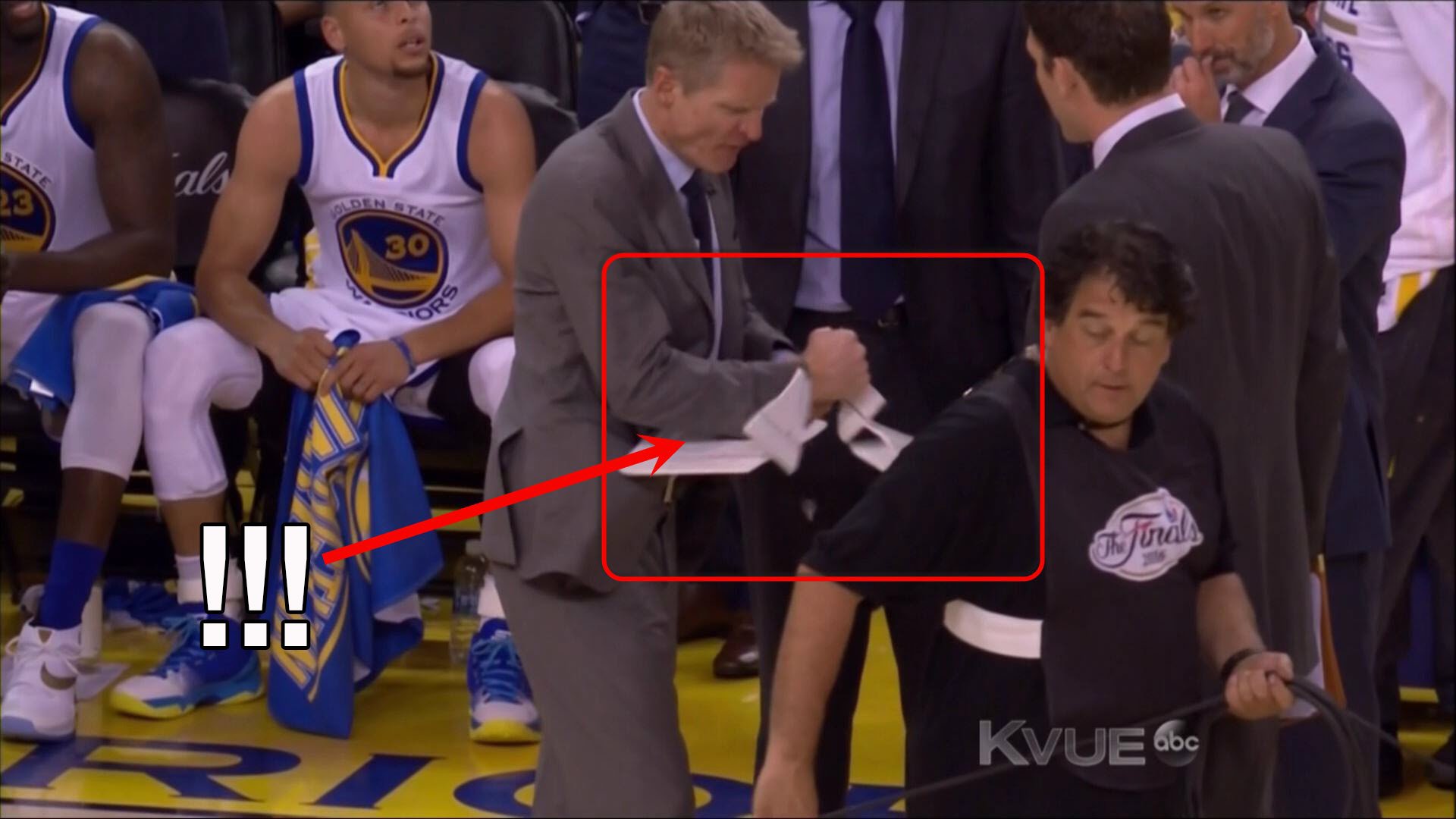 More from Business Insider:
Warriors win Game 7, pull off stunning comeback to return to NBA Finals
The 3 plays from Game 1 of the NBA Finals that everybody will be talking about today
Stephen Curry made a key adjustment to keep the Warriors' season alive that may prove his knee is better