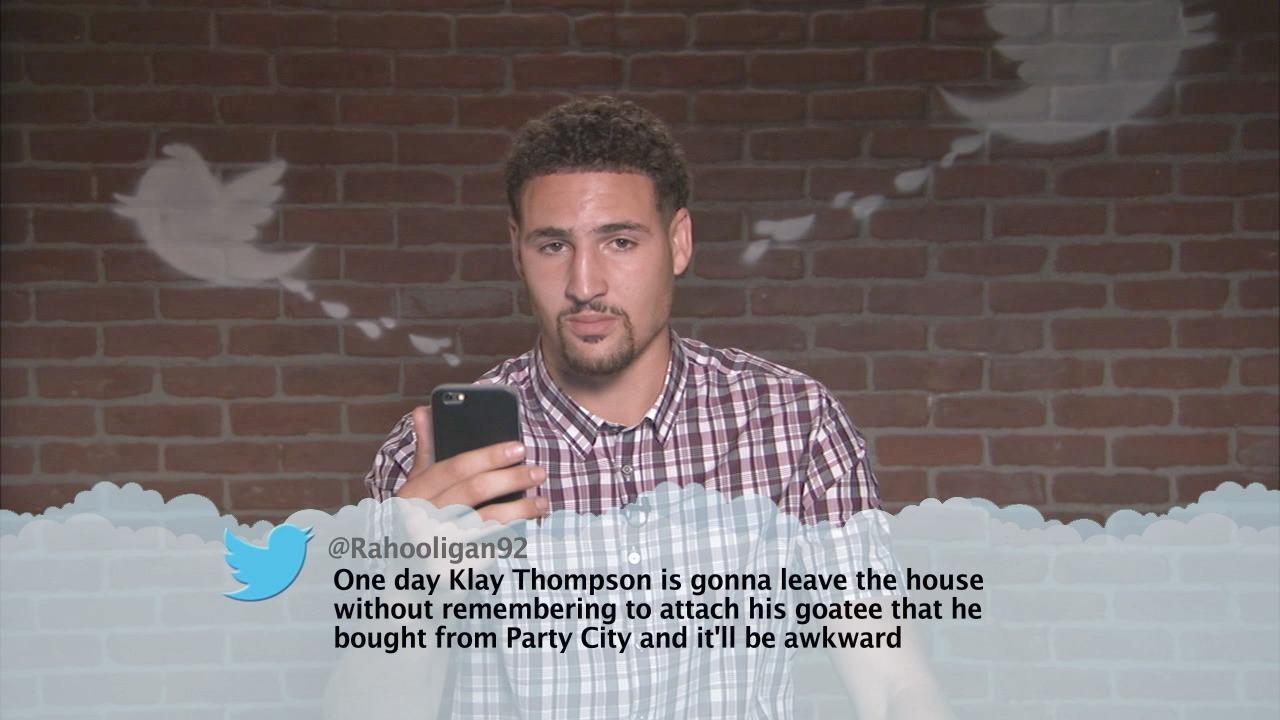 To get fans in the mood to trash-talk as the Warriors and Cavaliers go head-to-head in the NBA Finals, which kicked off Thursday night, Jimmy Kimmel released a new NBA edition of his popular "Mean Tweets."

Griffin of the LA Clippers read a tweet that said, "Does anyone know what Blake Griffin is? Did Morgan Freeman and Carrot Top impregnate an amazon or what happened..."

And the Oklahoma City Thunder's Westbrook showed how little he knows about "Star Wars" when he didn't get the following tweet about his looks: "Russell Westbrook look like Jar Jar Binks."

That's just the beginning. There are some definite three-pointer insults in this new segment.