Jake Tapper scorches State Department on edited video: 'We have a right to know who lied' 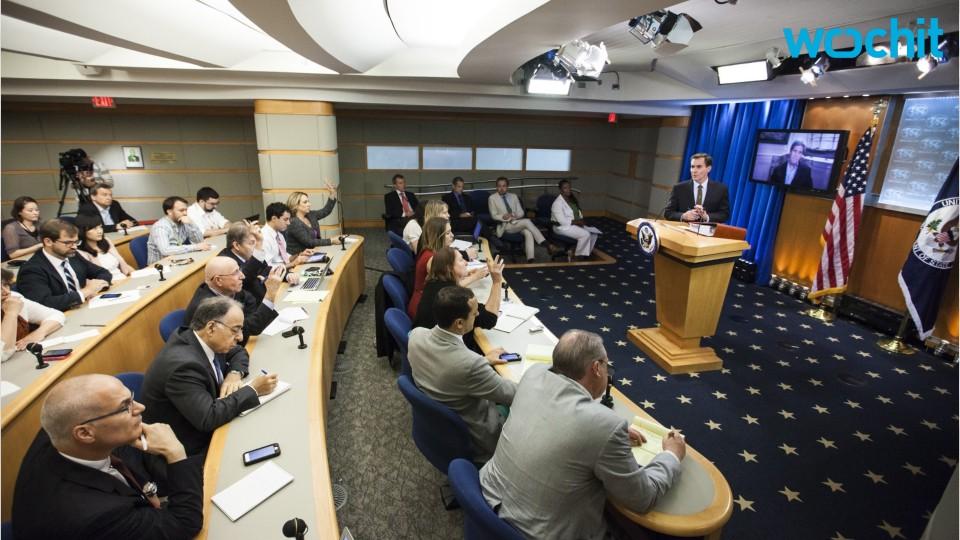 CNN's Jake Tapper slammed the State Department on Thursday over reports that someone within it intentionally deleted footage from a 2013 press conference about the Iran nuclear deal.

"It's literally someone at the State Department trying to bury something, hiding it from you ... a scrubbing of the public record," Tapper said. "It should outrage every American."

When first questioned in early May about the deleted footage — which showed Fox News reporter James Rosen asking Psaki whether secret talks had occurred between the US and Iran before 2013 — press-office director Elizabeth Trudeau said that it was "a glitch" and that no one had intentionally edited the video.

"It wasn't a glitch," Kirby admitted on Wednesday.

The deleted back and forth between Rosen and Psaki was potentially embarrassing for the State Department.

Psaki had essentially admitted to Rosen that nuclear talks had taken place as early as 2011, even though part of the administration's public-relations push for the deal was convincing skeptics that Obama did not begin to negotiate the deal until after Iranian President Hassan Rouhani — pushed by the White House as a "moderate" — took office in 2013.

"There are times where diplomacy needs privacy in order to progress," Psaki told Rosen. "This is a good example of that."

Tapper slammed Psaki's comments, too, saying that "the implication there from Psaki is that sometimes the government needs to deceive the public and the press to achieve goals."

The CNN anchor went on to recap the "lies" told by Obama administration as it went about "doctoring the record."

"There were no secret talks between the Obama administration and Iran — we'll call that 'lie No. 1,'" Tapper said. The scrubbing of the video, Tapper said, was "lie No. 2," and Trudeau's claim that it was "a glitch" was "lie No. 3."

In a statement, Kirby said "this happened three years ago" and that "the recipient of the call doesn't remember anything other than the caller, the individual who called this technician, was passing on a request from someone else within the public affairs bureau."

Psaki has also denied any involvement, insisting that "I had no knowledge of nor would I have approved of any form of editing or cutting my briefing transcript on any subject while at the State Department. I believe deeply in providing the press as much information on important issues as possible."

Kirby noted that while there "were no rules governing this sort of action in the past, so I find no reason to press forward with a deeper investigation." But he said he will "make sure we have the right rules in place" to prevent it from happening again in the future.

"The Obama administration needs to understand that it is not acceptable just to leave this where it is," he said. "Just as the public has a right to know the truth, we have a right to know who lied to us."

More from Business Insider:
This could be the answer to China's massive traffic problem
These are 7 of the most expensive degrees in the world
STOCKS RISE AHEAD OF THE JOBS REPORT: Here's what you need to know