Daily Debate: Is the Stanley Cup worth watching now? 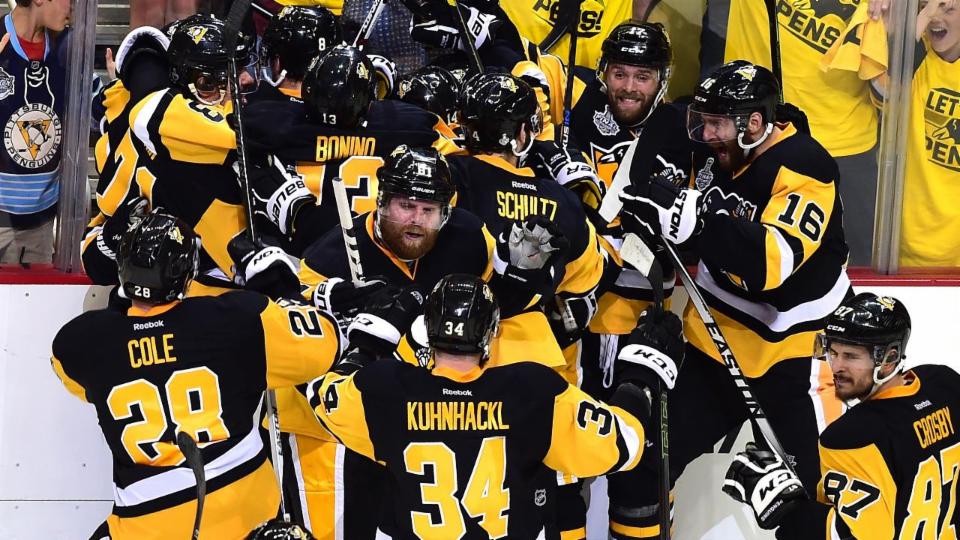 The San Jose Sharks will try to get their first Stanley Cup Finals win in franchise history on Saturday night, when the Pittsburgh Penguins visit 'The Tank.' But has the series already lost its luster?

With the Sharks facing a 2-0 series deficit after suffering through consecutive games of sheer deflation, some fans are wondering if this is already a sealed deal.

Following a gritty -- but not good enough -- effort in Game 1, San Jose was dominated throughout the first two periods of Game 2, and fought back to tie it up, only to lose in overtime after Conor Sheary beat Martin Jones.

The Sharks can't be faulted for lack of effort here. Keep in mind, they had lots of clean looks at goal, but hit the post an inordinate amount of times. The main storyline has been the Penguins' defense.

"They've been great," Pittsburgh goalie Matt Murray told NHL.com. "That's a huge thing in being successful, I think, in the postseason is blocking shots, especially against this team, where they try to throw pucks from the point. ... So, (Nick Bonino) was great once again. He's always blocking a lot."

That's a big reason the Sharks are averaging 24 shots on goal through two games, after averaging 28 in the playoffs before starting the Cup Final, according to NHL.com. At one point in the second period Wednesday, San Jose went 11 minutes, six seconds without a shot.

The playoffs are all about digging deep and finding a way to win ugly games, and the Sharks should be given lots of credit for fighting when it looked like they were down and out. Having gone 7-2 at home against the Los Angeles Kings, Nashville Predators and St. Louis Blues in the first three rounds of the playoffs, let's give San Jose the benefit of the doubt here.

VERDICT: Let's see what Game 3 brings and then make the call. For now, this series isn't over.