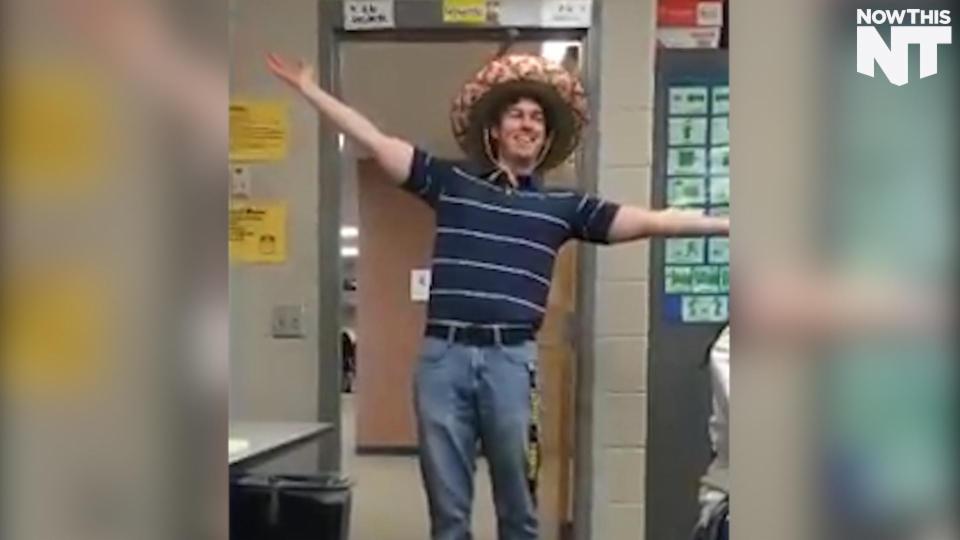 Teacher Brittni Darras knew she had to take drastic measures after having a parent/teacher conference two months ago.

A mom of a student met with her to explain why her daughter had been absent for an extended period of time.

According to Darras' Facebook post, the mother said that her daughter planned to commit suicide. She deleted her social media accounts and left goodbye letters behind. She was in the act of doing so when the police intervened.

After getting permission from her mother, Darras penned a letter to her student. According to the Facebook post, the student said "How could somebody say such nice things about me? I didn't think anybody would miss me if I was gone."

Darras realized she had to do whatever it takes to prevent this from happening again. She spent the next two months writing personalized letters to more than 100 students in which she described what is special about them.

"If I was to just type a note that's not showing them how special and how unique they are, so I hand wrote them instead. It's just different depending on the kid. Some of them are stories. Some of them are just compliments," she told Fox 21.

Darras said she decided to write to every single one of her students because sometimes warning signs are hard to spot. She told Fox 21 it's important for teachers to reach out to all of their students, because they don't always know which one is struggling.

See photos of another inspirational teacher: