Joe Thornton has been a staple in the National Hockey League since he was drafted first overall by the Boston Bruins in 1997 -- but if you somehow haven't been keeping up with him since then, you probably wouldn't recognize him now.

Thornton came into the league fresh-faced and starry-eyed after two years in the Ontario Hockey League. He played with the Bruins until 2005, becoming the team's captain and a fan-favorite but never winning the Stanley Cup.

See Joe Thornton throughout his career:

The San Jose Sharks became Thornton's team when he was traded in 2005, and he has been a part of their roster ever since. Nowadays, Thornton -- featuring a playoff beard for the ages -- is playing in his first ever Stanley Cup Finals as the Sharks take on the Pittsburgh Penguins. Pittsburgh currently leads the series 2-0.

Related: Hear what Joe Thornton has to say about his notorious beard: 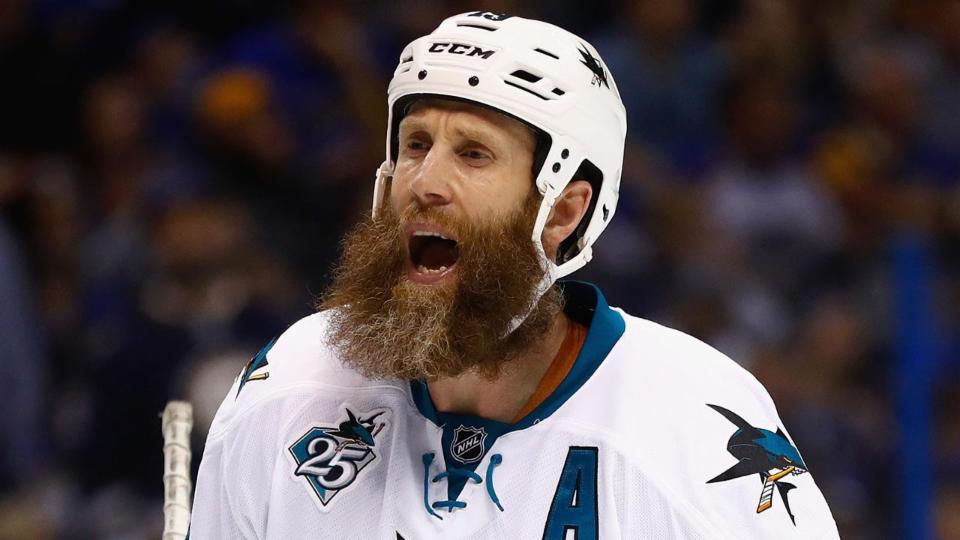