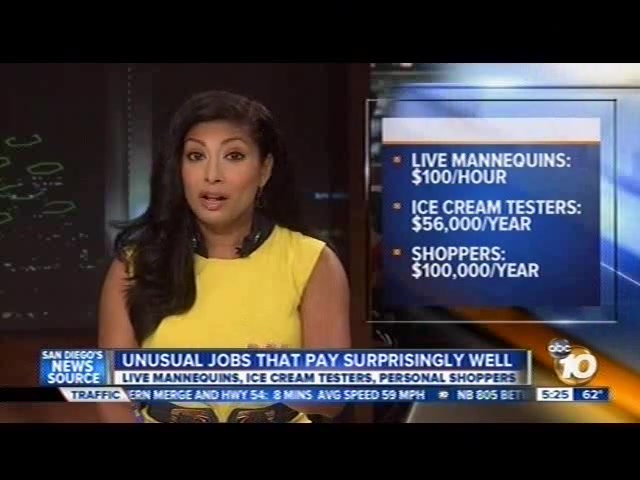 In New York City, sometimes you do not have to be a banker or a lawyer or a doctor to make a six-figure salary.

Sometimes, very few times, you can be a waiter.

"Most of ours are more like $75,000, though there are certainly restaurants that have $100,000" said John Meadow, founder and President of LDV Hospitality. The company owns restaurants across the country including popular New York City spots Scarpetta and American Cut.

"If you're a waiter at Scarpetta, American Cut or American Cut Midtown, you're making that money." John Meadow

And if you're a waiter at Marea, the Central Park South restaurant known for serving lunch and dinner to the global elite, then you certainly have a shot at that $100,000 salary. A few things have to come together, though.

Rocky Cirino, Managing Director at Altamarea Group, which counts Marea among its properties, broke it down for us like this. The restaurant has to have a:

Naturally, if the restaurant has a super high volume, the check average can be lower and vice versa.

So that means the checks have to be larger still. It also helps if the staff is as lean as possible, especially if the waitstaff shares tips in what the industry calls "a pooled house."

There are benefits to the pooled system, though.

"Typically making a $100,000 means that the house sells a lot of booze, ideally wine," Cirino explained. "Though as salesmen, servers and sommeliers can influence guest behavior, the guest is going to buy a bottle that they want. If that means it's $80 or $2,000, it's typically where they [the customer] want to end up. By pooling all tips and sharing equally, all benefit from these occurrences rather than one or two lucky people each night."

And then there's the intangible

Not all of this is simply being at the right house at the right time. Some of it is about the culture of waiting tables at a specific restaurant, and in this specific cultural moment.

"How do we hire you? Why do we hire you? we have a very eclectic labor force. We don't' hire a look. We don't hire a skill set. We hire a personality type, I would say," Meadow told Business Insider.

"Genuine, outgoing, own your persona — that's our whole approach at the table. I don't care your race, your sexuality, your gender... I don't care, whatever it is do you 1,000."

What Meadow means is that the classic style of French restaurant service is very impersonal. For example, if you're given a cup of coffee and add milk without sugar and start sip, if you follow the classic school your waiter should silently, and immediately, take the sugar off your table. They should be invisible.

"That whole approach where the service is in the background and not engaged or part of the process — that's not what I want as a consumer and it's not what we want in our restaurants.... Today in 2016, I definitely believe that's what the core customer base wants," Meadow explained.

"The definition is luxury is changing... they [customers] want to have an experience. The luxury that is convenience is falling out of fashion."

Now everyone has to sing for supper, especially if you want to make $100,000 doing it.

NOW WATCH: Don't walk into an interview at Goldman Sachs without doing this first

See Also:
We went inside the mysterious NYC hotspot with a secret room for the rich and famous
How to get to the secret spot that just opened in Central Park for the first time since the 1930s
This wildly popular french fry restaurant just reopened one year after a deadly gas explosion leveled it — here's what it's like now

RELATED: Click through for the net worths of the 'Seinfeld' stars: