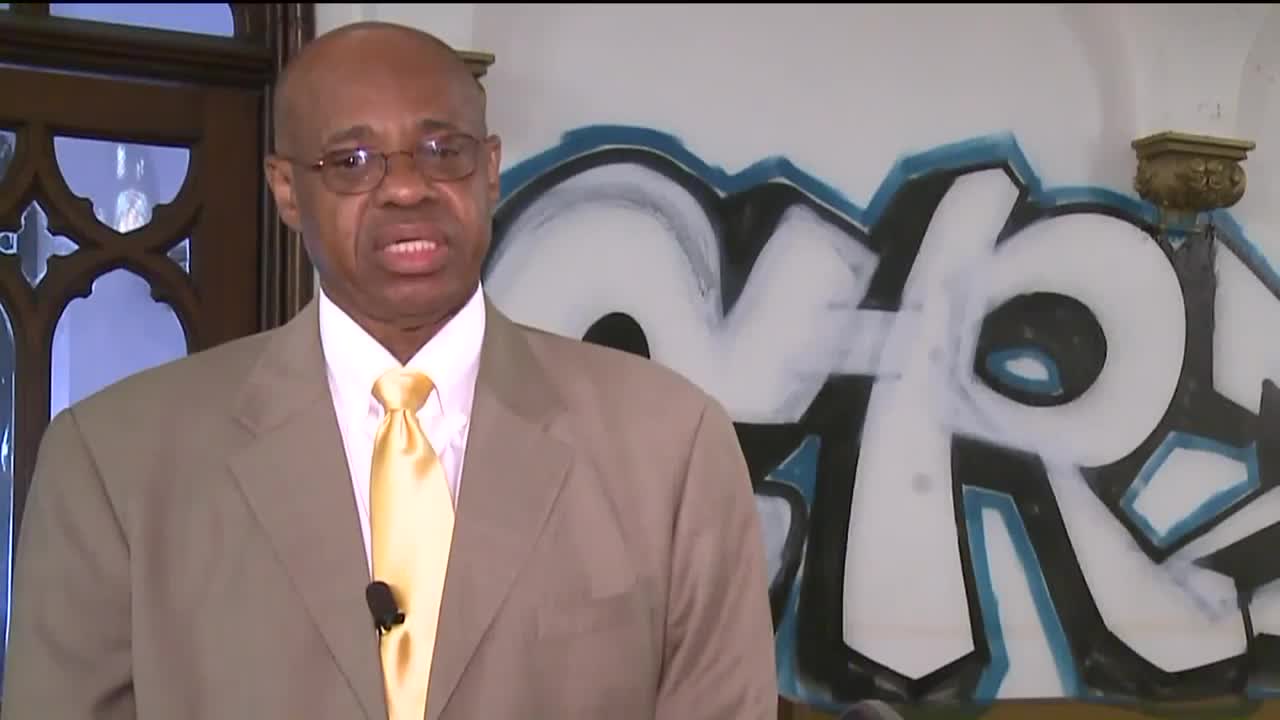 The Eastern Star Missionary Baptist Church in the 3100 block of St. Louis Avenue is a congregation struggling with a lot of problems. Last year they were forced to move to another location after part of the roof of this 104 year old building fell in. What really hurts their hearts is graffiti done by vandals who have been breaking in recently. They left some very disturbing drawings.

SEE ALSO: Ohio students told not to sing the Lord's Prayer at graduation had this bold response

A man who lives next to the church says he has seen young people coming and going through a boarded up window in the church basement on three different occasions since the middle of April. In each instance he says the vandals were carrying bags and cameras. On one of those occasions, about two weeks ago, that neighbor took pictures he says show police detaining some of the vandals and eventually letting them go.

See the damage to the church:

"The police told us they were juveniles, 16 or 17-years-old.d I said that don`t make it right. He said we`ve got to let them go. I thought to myself, 'I`ve done heard it all now.'" said witness Joe Willis.

"I thought it was horrible. How could somebody come inside the temple of God and do something like that." said Rev. Ted Foster - Pastor of the Eastern Star Missionary Baptist church.

The neighbor says police told him the people they detained were all from west St. Louis county. We contacted police to get an explanation of why the young people they were holding were released, but we have not received a response.

In the meantime, the pastor is hoping to get their names from police so he can press charges.