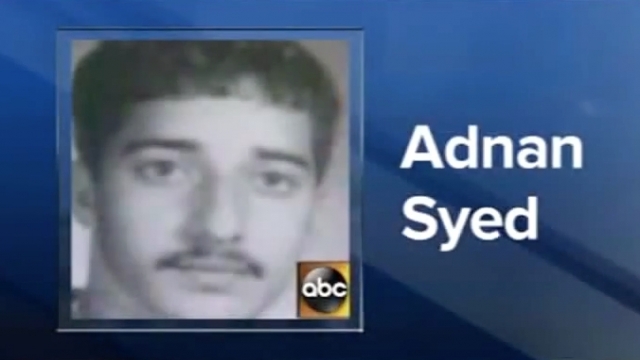 Didn't like "Serial" Season 2? Well, Investigation Discovery's got your fix for all the latest on the landmark first season of "Serial," which introduced tens of millions of podcast listeners to the murky Adnan Syed murder case.

ID's "Adnan Syed: Innocent or Guilty?" will examine new evidence that has been submitted to Maryland courts. Some of the new stuff has already been reported on via interstitials in "Serial" Season 2, while others were covered elsewhere in the national mania that followed the freshman run.

Syed was convicted for the 1999 murder of his former high school girlfriend, Hae Min Lee. He's maintained his innocence, and through "Serial" has convinced many listeners that perhaps an actual "reasonable doubt" exists.

"As Investigation Discovery did earlier this year with a special on the controversial Steven Avery case as featured in the hit Netflix series 'Making A Murderer,' we are excited to share the latest in this unfolding saga with viewers," said Henry Schleiff, Group president, Investigation Discovery, American Heroes Channel and Destination America. "The serialized podcast in 2014 has more than 130 million downloads to date, proving unequivocally that this is one of the great true crime stories of our time. With a judge expecting to make a decision at any time, we want to give our viewers not only the crucial information surrounding Adnan Syed's case, but also the personal, first-hand accounts of what to expect from key players."

Also Read:'Making a Murderer': This Man Quit His Job to Solve Killings

Syed's current defense attorney Justin Brown will give his first-ever one-on-one interview for the June 14 special, which features ABC News correspondent Ryan Smith. His team's plan is mostly to focus on the two below pieces of evidence, which are currently being reexamined by the Baltimore City circuit court:

Potential alibi witness, Asia McClain. McClain says she was in the library with Syed after school on Jan. 13, 1999 at the exact same time prosecutors say Hae Min Lee was murdered. On the heels of the June release of a memoir recounting her experience, "Confessions of a Serial Alibi," the special features interview excerpts from McClain's exclusive interview on "Good Morning America" earlier this year. New information about cellphone tower evidence ultimately used to convict Syed in 2000. A fledgling technology at the time, AT&T had sent an explicit warning to the Baltimore police that the information was not considered, but was used in the 2000 trial anyway.

Also interviewed in the special is Dr. William Manion, a medical examiner with nearly 30 years of experience who reviewed the autopsy report, and provides insight into critical information about that report that could also play a key role in a new trial, ID said.