How to vacation in Paris on a $1,000 budget (including the flight. Yes, really.) 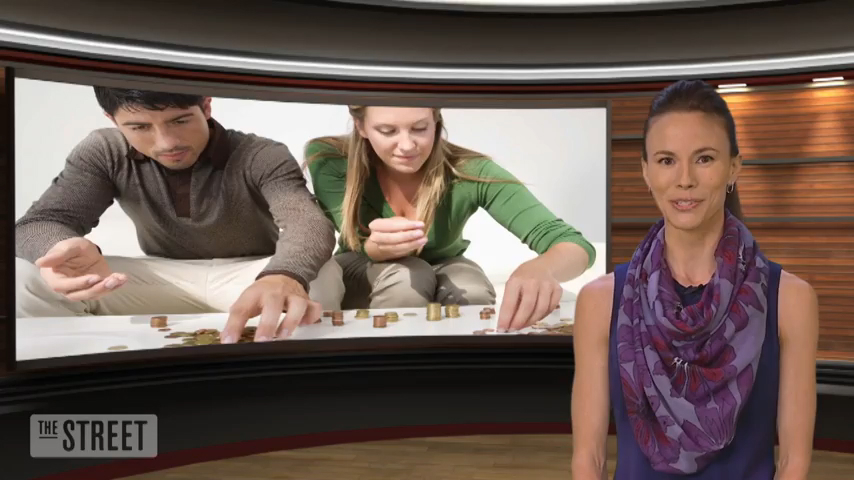 What's your dream vacation? Glamour asked 1,000 women that question—and then had 13 top travel bloggers plan your most-wanted trips, all for under $1,000! This week, we present everything you need to know about planning your best getaway ever. The final stop: Paris, France

Paris is the city you most want to visit—and we don't blame you. As the saying goes, it's always a good idea.

HOW TO GET THERE: "You can get fares from major American cities for as little as $350 on Norwegian Air Shuttle or Wow Air," says Kate McCulley. Skyscanner searches 1,200 sites for rock-bottom rates, no matter where you're heading.

WHERE TO SLEEP: "Stay in the Marais district; it's central and has the best boutique shopping around," says Edna Zhou. "There are lots of studio apartments on Airbnb for under $100 a night."

WHAT TO DO: "The city is small, so skip the metro and walk it, even on not-so-nice days," says Zhou. When the weather's cooperating, Paris takes street music to a whole new level: "Full bands are playing in parks and squares," says Monica Stott of thetravel​hack.com, who uses the Paris Map and Walks app to find the prettiest route between, say, the Eiffel Tower and Notre-Dame Cathedral. Ashley Fleckenstein recommends taking the same approach to shopping: "Every neighborhood has its own flea or farmers' market. My favorite is the Marché d'Aligre—I bought a vintage Le Creuset Dutch oven there for four bucks!" As for the sites, "it would be a crime not to visit the Louvre," says McCulley. "You can get in free on the first Sunday of the month between October and March." Zhou loves the Centre Pompidou, but not just for the largest modern art collection in Europe. "I go for its rooftop views over Paris—you can see from the Eiffel Tower to Sacré-Coeur. And there's no need to pay the entrance fee if you tell the guards you're just popping up to the café."

WHERE TO EAT AND DRINK: "Load up on free samples of local fare—chocolates, pâtés, truffles—on the Rue Mouffetard, a narrow street in the Latin Quarter that Ernest Hemingway famously described in A Moveable Feast because of all the gourmet shops and market stalls," says Stott. "This is a serious foodie paradise." Vino more your thing? Grab a bottle of wine and drink along the banks of the Seine near Notre-Dame. "Starting at 10 P.M. in summer, it's like one big party," says Fleckenstein. "And when you tire of gorging on cheese and wine," says Pérez (is this possible?), "try Tien Hiang, a lively vegan Asian spot. I'm always shocked when I get the bill—less than $20 for a ton of food." For late-night dancing, says Fleckenstein, "go to the Oberkampf district. It's my absolute favorite, and at most bars and clubs there's no cover."

HOT TIP: "A taxi is anywhere from five to 30 times the cost of public transportation, so if walking isn't an option, take the Metro," says Zhou. "A carnet—that's a 10-pack of passes—costs just $16."

Check out these must-see Paris landmarks:

How to vacation in Paris on a $1,000 budget (including the flight. Yes, really.)
Just take a 20-minute walk in Paris and you’re likely to glimpse a handful of major landmarks. The Eiffel Tower shoots up from one end. The gilded cap of the Les Invalides gleams just a few blocks away. The Louvre stretches across its waterfront plot, just across the Seine. But in between the staple Paris attractions—or in some cases, a short RER ride away—you’re in close quarters with dozens more significant sites, like the recently renovated Picasso Museum, situated in a 17th-century mansion in the Marais, or Oscar Niemeyer’s slick, undulating design for the Communist Party headquarters, out in the 19th arrondissement. If you can’t keep track, AD has compiled 25 things to do in Paris, both on and off the beaten path.

Located on the Île de la Cité, a thin island in the Seine, Notre Dame de Paris is perhaps the most famous cathedral in the world. Characterized by its classic French Gothic architecture, the structure was one of the first to use a flying buttress.

In 1806 Napoléon ordered the construction of the Arc de Triomphe to honor those who fought in the Napoleonic wars. The massive archway, which wasn’t completed until 1836, anchors the Place Charles de Gaulle at the western end of the Champs-Élysées. Architect Jean-François-Thérèse Chalgrin modeled the monument after the ancient Roman Arch of Constantine, which he doubled in size.
The Centre Pompidou—designed in the 1970s by Renzo Piano, Richard Rogers, and Gianfranco Franchini—garnered much attention upon completion for its high-tech style. Its color-coded, tubular façade (green pipes are plumbing, blue ducts are climate control, electrical wires are yellow), with an elevator that climbs in diagonals up the front, looks straight out of Super Mario Land.
The Sacré-Cœur Basilica, designed by Paul Abadie between 1875 and 1914, crowns the summit of Montmartre, the highest point in the city.
Devised by Gustave Eiffel in 1889 as the entrance to the World’s Fair, the iron lattice Eiffel Tower that was originally viewed as an eyesore has become an emblem of the City of Light. At the top of the tower visitors can now glimpse the petite apartment—complete with paisley wallpaper and oil paintings—that Eiffel kept for himself and his most prominent friends.
A dramatic contrast to Paris’ majestic palaces and cathedrals, Oscar Niemeyer’s command center for the Communist Party in Paris—completed in 1972 when it was still a major political force—makes quite a statement with its undulating glazed facade. Niemeyer, a staunch Communist himself, built the structure free of charge.
A central landmark in Paris, the Louvre is a must for anyone visiting France. Originally built to house the royal family in the late 12th century (it officially opened as a museum in 1793), the palace has undergone countless renovations and extensions since, including the installation of I. M. Pei’s iconic glass pyramids—which topped the museum’s new entrance—in 1989.
Located in Paris’s business district, La Défense, La Grande Arche—the 20th-century counterpart to the Arc de Triomphe—was conceived by Danish architect Johann Otto von Spreckelsen and completed by French architect Paul Andreu. Shaped like a cube with its middle cut out, the structure is made from a concrete frame encased in glass and Carrara marble.
With its gleaming, gilded dome, Les Invalides is easy to spot from anywhere in the city. Established by Louis XIV in 1670 for old or unwell soldiers, the complex of buildings now houses several museums, a church, and—staying true to its origins—a hospital and home for retired soldiers.
Frank Gehry’s striking Fondation Louis Vuitton, an art museum located on the outer rim of Paris in the 16th arrondissement, resembles a futuristic ship with its overlapping glass sails. Be sure to explore its verdant grounds, adjacent to the Jardin d’Acclimatation in the Bois de Boulogne.
For Paris’s Panthéon, modeled after the original in Rome, architect Jacques-Germain Soufflot embellished a classical structure with Gothic detailing. Though it originally served as a church, the building now acts as a burial place for notable French citizens.
After a five-year renovation and expansion that was completed in 2014, the Picasso Museum looks better than ever. Devised by architect Jean-François Bodin, the enhanced space includes more square footage, inserting contemporary white-wall galleries into the Hôtel Salé, a Baroque 17th-century mansion. Keep an eye out for mesmerizing plaster-white lighting and furniture by Diego Giacometti.
The Cinémathèque Française—the original location of which was the site of mass leftist student protest in 1968—moved into a postmodernist, Frank Gehry–designed building in 1993. The museum and cinema holds one of the largest collections of film documents and paraphernalia in the world.
The opulent Opéra Garnier was built in the late 19th century by Charles Garnier and famously served as the setting of Gaston Leroux’s 1910 novel The Phantom of the Opera.
The Grand Palais, resembling a giant greenhouse, has hosted a military hospital (during WWI), the World Fencing Championship, and Paris Fashion Week. Most days, though, the Beaux Arts building serves as the venue for one of the city’s many fine-art museums.
Paris’s City Hall—the Hôtel de Ville—has served as a grand home to the Mayor of Paris since its purchase in the year 1357. These days, the building also moonlights as a magnificent party venue.
Jean Nouvel merges interior and exterior so seamlessly in his Fondation Cartier, designed in 1994, that, when museumgoers stand inside the contemporary glass-and-steel structure, they remain surrounded by the lush gardens outside.
Built in 1861, the Jeu de Paume first housed tennis courts, then Nazi plunder in the 1940s. It’s now hung with modern and postmodern photography. The building, located on the north corner of the Tuileries Gardens, was revised by Antoine Stinco in 1989 to create a light-filled exhibition space.
The Jardin des Plantes, one of the Museum of Natural History’s seven departments, comprises the Galerie de l’Évolution (shown), the Mineralogy Museum, the Paleontology Museum, and the Entomology Museum, in addition to the gardens. The establishment started in 1626 as a medicinal herb garden for Louis XIII.
Located near Notre Dame on the Île de la Cité, the the Palais de Justice is part of a complex that contains some of the oldest buildings from the former royal palace, such as the Sainte-Chapelle, built in 1240, and the Conciergerie, a prison where Marie Antoinette was held before her execution.
The Palais de Tokyo was revitalized in 2002 by architecture firm Lacaton & Vassal, which stripped away the building’s monumental interior to reveal a raw backdrop to the modern and contemporary art on display.
The Philharmonie de Paris, designed by Jean Nouvel and completed just last year, is constructed from cast aluminum and reflective steel, with a shimmering façade made up of 340,000 tiles that depict abstracted birds.
The Musée d’Orsay, located on Paris’s Left Bank, originated as the Gare d’Orsay, a Beaux Arts railway station built between 1898 and 1900. Now the popular museum houses works of art from the period 1848 through 1914.
Originally built in the 17th century for Marie de Médicis, the mother of Louis XIII, the Palais du Luxembourg was transformed after the French Revolution into a legislative building, which has served, since 1958, as the seat of the French Senate.
Up Next

More from Glamour:
The 6 Most Romantic Beaches In the World
The Best Rose Wines to Drink Right Now, All Under $30
Your Dream Vacation for $1,000 or Less: A Pacific Coast Highway Road Trip