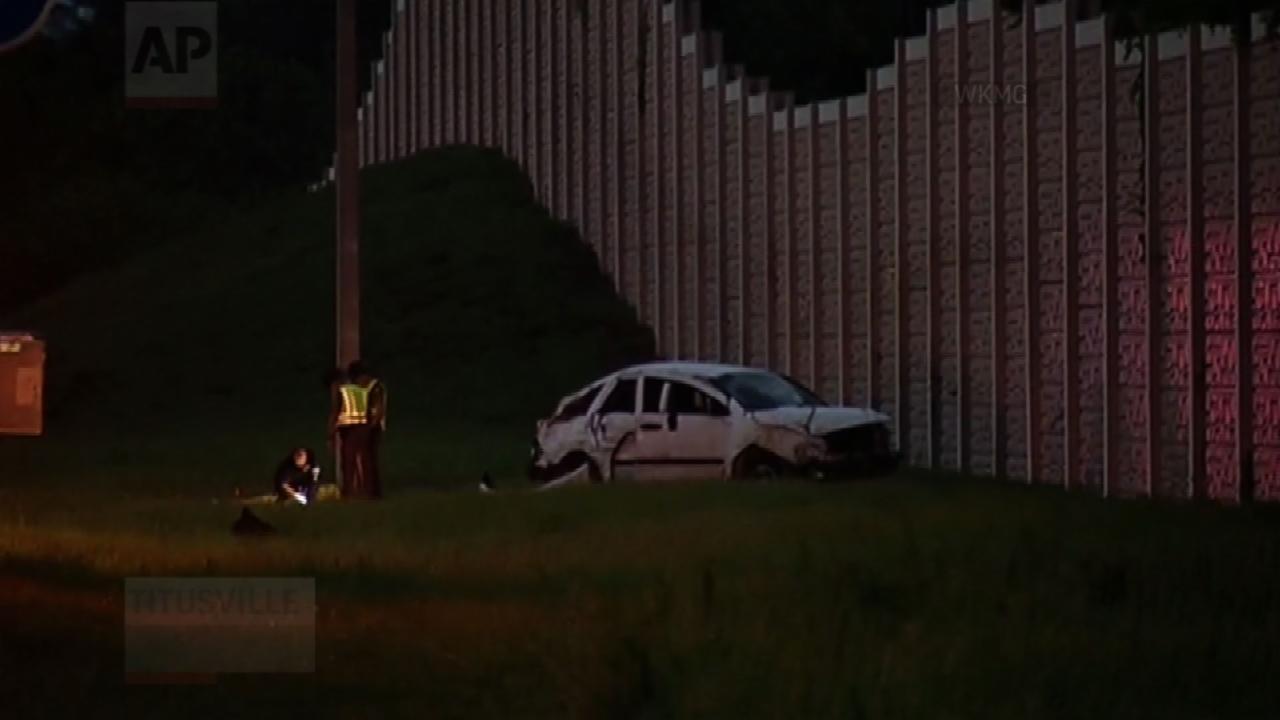 A fatal car accident claimed the lives of three young girls Monday night on I-95 near Titusville, Florida. All three girls were thrown from the vehicle and were under the age of 18.

According to WESH, a white Dodge Durango that was traveling in the northbound lanes was carrying 11 people when a tire problem forced the SUV to skid off the road and flip multiple times. That particular vehicle is only meant to carry a maximum of 8 people.

SEE ALSO: Stephen Hawking weighs in on one 2016 candidate

A male toddler, who was in a carseat at the time of the crash, was ejected from the vehicle and thrown over a 30-foot highway barrier wall. First responders were alerted when they heard the young boy crying from the other side of the wall. He is said to be in stable condition, reports WESH.

Authorities have yet to release the names of the victims.

More from AOL.com:
Adorable boy has a dog with the same condition as him
What your old toys are worth now
Little girl has gnarly wipeout on spinning hoverboard