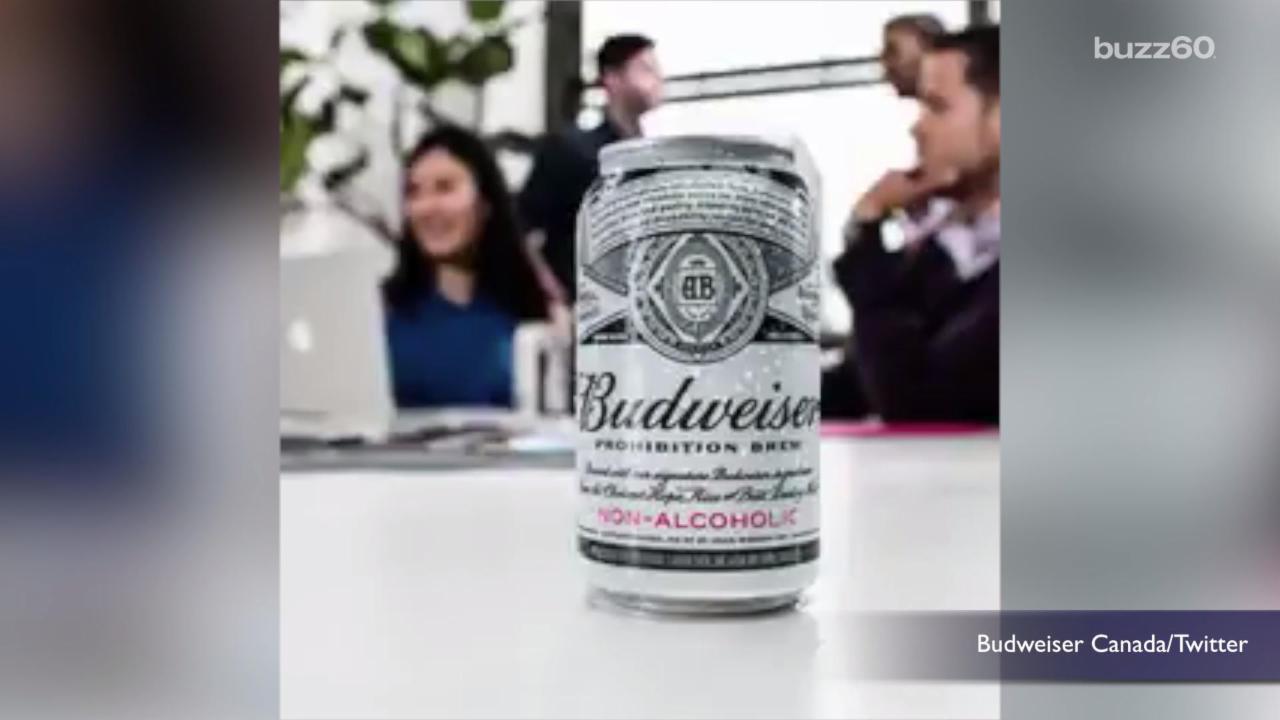 Budweiser's new beer has one major difference from the brand's famous brew — it's 100%-alcohol free.

Budweiser Prohibition Brew recently debuted in Canada. The beer is intended to taste precisely like Budweiser, but without the alcohol, clocking in at 0.0% alcoholic content.

According to the company, Budweiser used "the lastest de-alcoholization technology" to create the brew.

"Our goals are to empower consumers with choice and change social norms, and this beer will achieve both," Kyle Norrington, the vice president of marketing at AB InBev-owned Canadian brewing company Labatt, said in a statement.

The beer is part of a wider mission at Budweiser to offer an increased variety of beverages with less alcohol. In 2015, AB InBev committed to ensuring that no- and lower-alcohol beers would represent at least 20% of its global beer volume by 2025.

RELATED: Most popular beers in America

Internationally, lower-alcohol beers are catching on, with non-alcoholic beers growing at double the rate of the total beer market in terms of volume in the last five years. Low-alcohol beers' growth was triple that of the wider beer market.

Lower-alcohol beers have thrived in Western Europe, with the success of radlers (beer mixed with soda or juice), as well as countries, such as Indonesia, with significant Muslim populations who may choose to abstain from alcohol.

However, don't expect beer minus the booze to catch on in the US any time soon. The growth of low- and no-alcoholic options in the US has been minimal — especially compared to other countries.

So, Budweiser Prohibition Brew is probably going to stay north of the boarder — at least for now. Budweiser told AdAge that the brand is "excited by the prospect that it could eventually be offered in the US," but that the beer is currently only available in Canada.

NOW WATCH: 8 ways to open a beer without a bottle opener

SEE ALSO: People around the world are drinking less for the first time in ten years