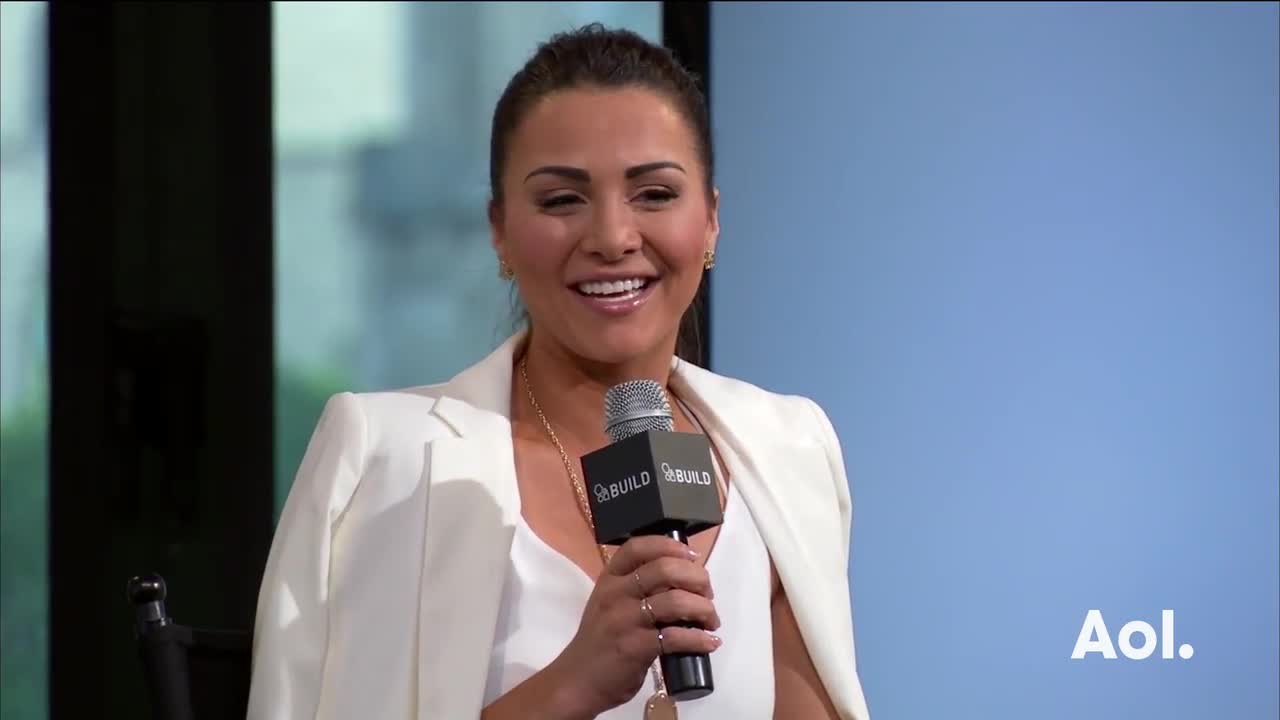 By: Chelsea Huang and Gibson Johns

When former "Bachelorette" Andi Dorfman released her tell-all book, "It's Not Okay," earlier this month, headlines ran rampant about revelations she divulged about season winner and former fiancé Josh Murray.

So it came as no surprise when Murray publicly denounced the work as a "fictional novel." Dorfman, a former assistant district attorney in her home state of Georgia, had a swift and pointed response to her ex.

"It's kind of funny because every novel is fictional, am I right? I just wanted to make sure I was right in that a novel is always fictional. Got it. Okay, cool. My response is that there's no such thing as a non-fictional novel," she said in an exclusive interview with AOL.

See photos of Andi through her career:

Despite Murray's public reaction to the book, Dorfman said she hasn't heard from him directly -- or her controversial ex, Nick Viall, for that matter.

"We're all exes, we all totally live separate lives. Everyone's kind of doing their own thing. No one needs to ask permission. It's all good," she said.

Dorfman definitely practices what she preaches. Shortly after she broke it off with Murray in January 2015, he sent her a text. In her book, she revealed that her friend Kelly read it for her -- but to this day, Dorfman doesn't want to know what the message said.

"She never told me. I don't want to know. Isn't that what everyone can relate to? The situations where you see the name on your phone and your stomach just sinks."

Those moments of relatability are exactly why Dorfman decided to write about her experience on the "Bachelor," "Bachelorette" and aftermath -- to bring "authenticity" to the heightened world of dating.

One thing that's definitely unique to the show, however, is its complete disregard for "girl code" or "guy code." When asked if she was mad at Kaitlyn for bringing Nick Viall onto her season, Dorfman laughed off the idea. After all, all's fair in love and war ... especially when it comes to reality television.

"I wasn't offended by any means by it. He had every right to go back and pursue Kaitlyn. It's kind of like -- there is no girl code or guy code when it comes to 'Bachelor' or 'Bachelorette.' We start off breaking off the girl or guy code! You're dating the same person. It's so incestual that you can't claim girl code," she said.

There are no hard feelings, though. Dorfman said she values what she learned about humility and respect from interacting with so many people on the show.

Dorfman, whose parents consciously raised her to be as independent as possible, may have gotten through the experience with ease and relatively unscathed -- but her parents, Hy and Patti, had a tougher time watching their daughter (and themselves) on screen.

"I was very naive because I had never seen the show and we really didn't know what to expect ... Personally, I wish I was better prepared knowing the show or the formula, and I probably would have enjoyed the experience more," Patti added.

But knowing their daughter and how they raised her, Hy and Patty admitted that they have 0 percent say in what she does -- and it all turned out just fine.

So would Dorfman be open to a "redemption" or "all stars" season of sorts?

"No. I wouldn't," she said. "Not out of any type of bitterness because it didn't work out for me. I loved doing the show. At the end of the day, I did fall in love. I learned plenty of lessons. I don't think I want to sour that experience."

Now that she's single in NYC, (which she says is a more sophisticated and more "aggressive" dating world than Atlanta), she's letting the past be the past and not allowing herself to be "damaged."

She also offered a piece of advice to this season's bachelorette, JoJo Fletcher.

"I would say like have fun. It's so simple, but it's so easy to get wrapped into everything, especially as the lead. Going on so many dates. You're kind of responsible for all of these guys and the logistics of everything and you forget to just have fun."

More on AOL.com
Molly Sims explains why she's all about 'owning it'
Karrueche Tran dishes on her Emmy win, burgeoning acting career, and more!
Ashlee Simpson reveals she's recording an album with her husband, Evan Ross