America's Got Talent premiere: Grade Simon Cowell's debut — plus: who got the first golden buzzer of Season 11? 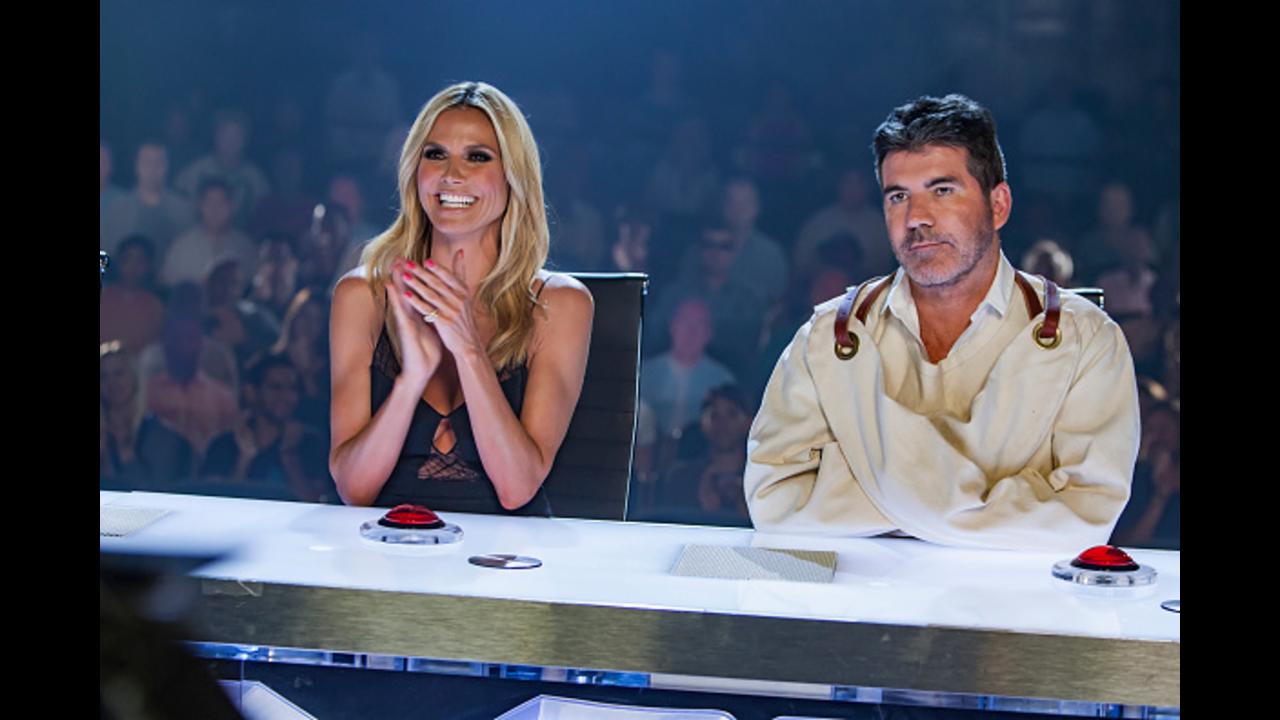 Watching Simon Cowell on Tuesday's America's Got Talent premiere was a lot like watching the Grinch — after his heart grew three sizes.

SEE ALSO: Trump weighs in amid uproar over gorilla's death

Once revered as the meanest man on television, Cowell still resembles the American Idol judge we loved to hate — he remains hopelessly devoted to black T-shirts and exposed chest hair — but there's a certain softness to him now. The man who once told an Idol contestant that she sounded like "Dolly Parton on helium" told a man that man that his act, which mostly revolved around lip-syncing pot holders, was "brilliant."

See images of Cowell through the years:

And, frankly, I wouldn't have had it any other way. Even in its most absurd moments, AGT has always felt like a safe space, making this softer Cowell the perfect replacement for Howard Stern. Had I been present for Cowell's meager backstage welcome party — I get that Dunkin Donuts is the show's sponsor, but who drinks orange juice out of a coffee cup?! — I would have gladly raised a (styrofoam) glass.

Now that we've gotten the pleasantries out of the way, let's relive some of the season premiere's most discuss-able auditions:

* Nathan Bockstahler, a 6-year-old comedian who already knows what he would do with the prize money: "Instead of 1 million dollars, I would like 1 million LEGOs." He's probably not going to win — guys, he's six — but he made for an entertaining first act. (Also, I doubt he gave the producers permission to use Justin Bieber's "Baby" as his entrance music. Rude!)

* Jose Fuentes, 58, danced with his dog Carrie; as he explained, his late wife never wanted to dance with him, so he got the next best thing. It was cute, but not quite Nathan-level cute, which explains why Fuentes earned the first "no" of the night from Heidi Klum. (To be fair, though, it took Klum a minute before she even realized: "Oh, that's why the dog is wearing a dress!")

* The Clairvoyants, a team of psych-ish lovers who were able to tell the shade of Klum's lipstick, the expiration date on Howie Mandel's eyedrops and the provider of an audience member's cell phone without looking at any of them. Cowell accused them of being witches, while Mel. B called the duo's powers "alien-like." (Personally, I'm not ready to rule them out as real-life X-Men.)

* Linkin' Bridge, a Kentucky-based musical quartet provided the Susan Boyle moment of the night, eliciting stunned expressions from all four judges with their harmonious performance of "Somewhere Over the Rainbow." It's a good thing Cowell liked the song, because the group's tears of joy were heart-wrenching enough; I don't even want to think about what would have happened if they got a "no."

* The Spice Gurlz, an all-drag Spice Girls lip sync cover band, received the first rejection of the season. Though Cowell and Mel B gave the group a "yes," their efforts weren't enough to combat Klum and Mandel's "no"s. (Nor should they have been. Even RuPaul would have told those boys to "sashay away.")

* Hara, a visual artist/magician from a small village in Japan, put on a pretty impressive performance. It was a lot like what Beyoncé did at the 2011 Billboard Music Awards... with magic! So, really, what's not to love?

* Tape Man, a personal favorite of mine for reasons I'll work out in therapy, did a lot of weird stuff — including a duet of "Endless Love, " sung by potholders — and I loved every damn minute of it. "It was simple, but clever," Cowell remarked. "Unique, funny, brilliant." (Could Tape Man be Season 11's dark horse?)

* Laura Bretan, a 13-year-old opera singer, is gunning to be the next Jackie Evancho. And with those pipes, she stands a pretty good shot! Is it any wonder Mel B gave her the first Golden Buzzer of the season?

Time to weigh in: Which season premiere act was your favorite? Did the right person get Mel B's Golden Buzzer? And do you agree that Cowell is a perfect fit? Grade his debut below, then drop a comment with all of your thoughts below.