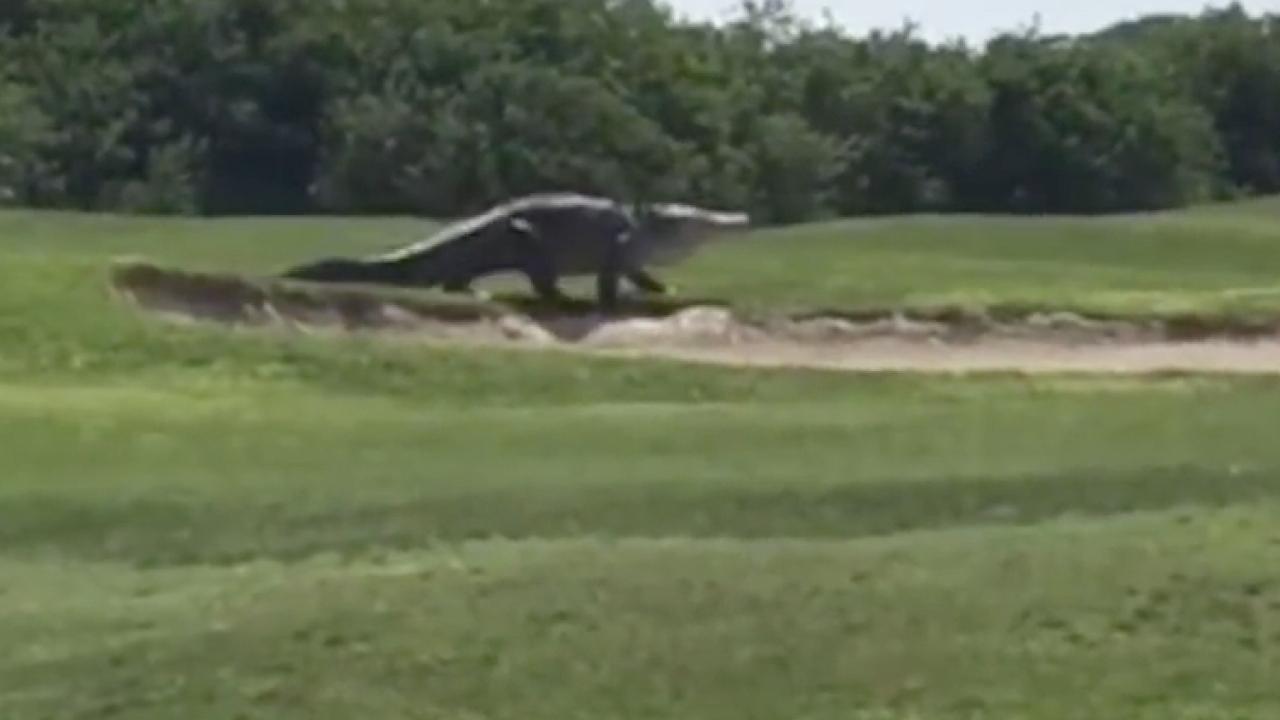 It's never too pleasant when another party creeps too close to you on the golf course, but it's especially terrifying when that party is a 15-foot alligator.

All Charles Helms was trying to do was enjoy a round of golf at Buffalo Creek Golf Course in Palmetto, Fla. when the massive creature was spotted taking a stroll across the course. Naturally, that's when he and other golfers pulled out their phones to film the mammoth gator in action.

"I was stunned and silent," he said to ABC Action News. "I didn't know if we were being punked or something. It was just laying down, resting, when it got up and started moving towards the big lake."

The gigantic reptile is apparently a regular at the course.

"He doesn't bother anybody and they don't bother him, he's like a mascot for the course," course employee Wendy Schofield explained to 3 News.

As long as everyone stays out of his way, this is nothing more than some fun, amazing footage.

32 golf courses to see at least once in your lifetime

More from AOL.com:
Rebecca Louise reveals the secret to staying in shape
Microsoft to cut nearly 1,800 jobs in mobile
Sara Hopkins is dominating the internet, one Vine at a time