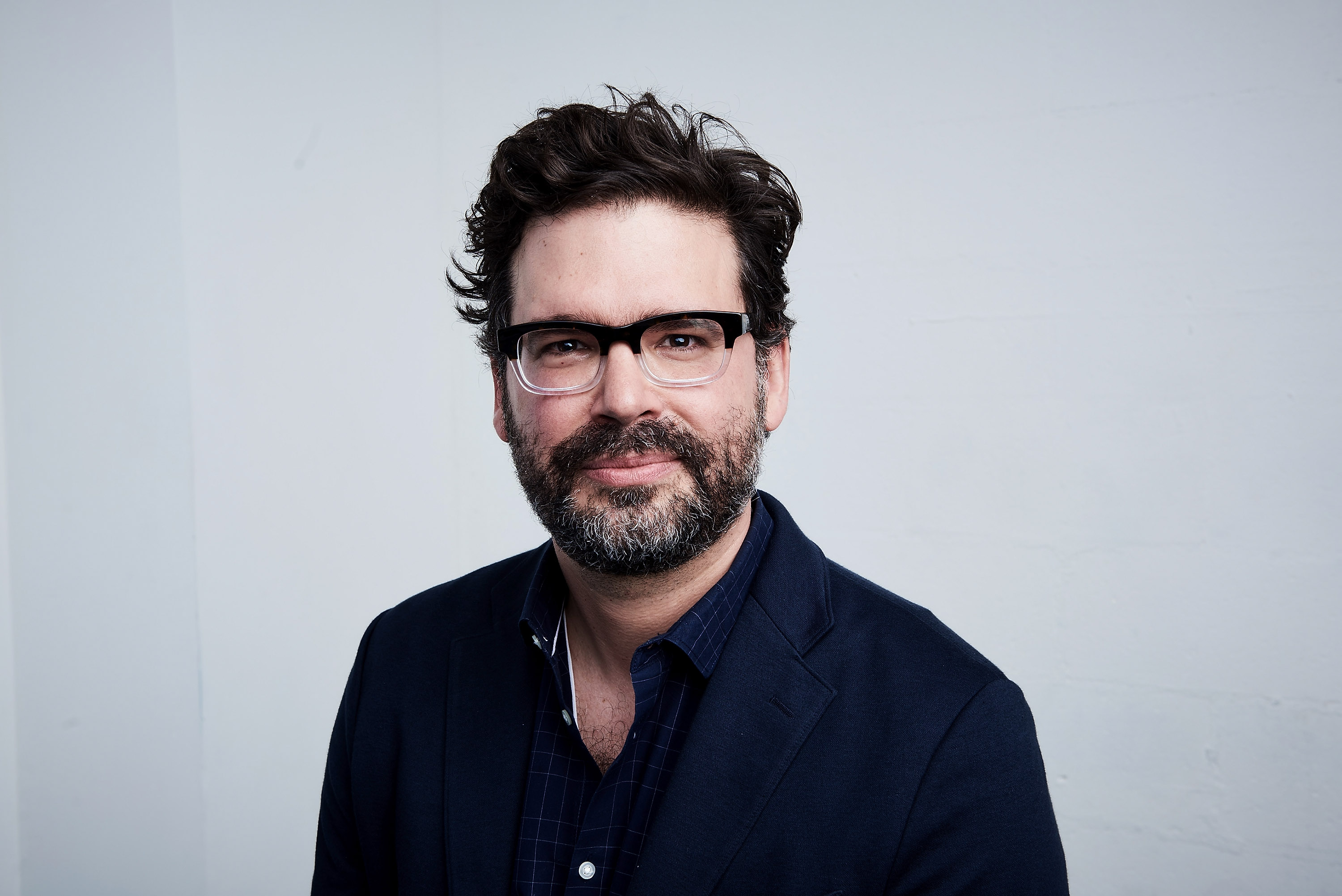 Emmy-winning documentarian Judd Ehrlich has mastered the craft of exposing compelling and honest stories not just centered around high school athletics, but around whole communities who find themselves misunderstood. His ability to pick apart the intricacies of race, socio-economic status, and spirituality within the confines of sports is unparalleled. It's why his 2014 film "We Could Be King," which followed two Philadelphia rival football teams who were forced to merge as one after a drastic budget crisis, won him an Emmy for Outstanding Sports Documentary.

Ehrlich's same directorial finesse can be seen in "KEEPERS OF THE GAME," his TriBeCa film that highlighted the intense gender and spiritual divide that the girls of the Akwesane lacrosse team face. Lacrosse was born in Akwesasne Mohawk Territory as a sacred game, traditionally reserved for men. But just off the reservation at Salmon River High in Fort Covington, NY an all-Native girls lacrosse hopes to bring home a Section Championship while at the same time dealing with the increasing tension in their own community. With more than just the championship on the line, the girls fight to blaze a new path for the next generation of Native women, while still honoring their people's tradition in a changing world.

The film debuted at this year's Tribeca Film Festival to an overwhelming positive response. As Ehrlich notes, "It's the most important moment, to see how the people in the film respond to their portrayal, and we got overwhelmingly positive feedback that night from both the team and the audience. The girls got an extended standing ovation, which was incredibly moving to witness."

"KEEPERS OF THE GAME" is proving to be one of the most important films to watch this season -- sports fanatic or not. Ahead of the film's premiere on ESPN2 on May 30th at 11 p.m. EST, we spoke with director Judd Ehrlich about what he learned from the project, how he immersed himself into the girls' culture, and more!

When did you realize in your life that you loved film?
Growing up in New York City in the 1970s and being exposed to the city reflected in the gritty and brilliant films that came out of that decade had a huge impact on me. After college, I moved around the corner from an arthouse theater called Film Forum on Houston Street and that became my film school. I worked as a caseworker in the city for several years but knew I wanted to make films and I began filming a client of mine with developmental disabilities, which became my first documentary.

What led you to develop "Keepers of the Game"?
I made a film called "We Could Be King" about two rival high schools in Philly forced to merge because of budget cuts. It was produced in collaboration with Tribeca Digital Studios and the Dick's Sporting Goods Foundation. People responded to the honesty of the film, and I was thrilled when Tribeca and Dick's wanted to produce a follow-up focusing on a girls team. There aren't enough sports films out there about girls, and when we happened upon the story of the team at Salmon River, I quickly realized how important their story was to tell. So few people realize that the game of lacrosse has Native American roots. Even fewer are aware that the Mohawk and Haudenosaunee people have such a rich and vibrant community in upstate New York, despite the centuries of hardship they've faced. And on top of all that, these girls were going against the grain of their own culture's tradition by playing a game that started as a sacred game for men. Many of my films center on adolescents and outsiders facing adversity, and the stories of these girls were so personal and relatable, yet opened onto such broad and complex issues. I strongly believed that their stories would speak to a wider audience.

How has your own past experience shaped or influenced this project?
It may seem like a stretch, and I don't mean to conflate two very unique traditions and histories, but I sometimes felt connections to being Jewish. There is a similar effort, both historical and present, to reclaim traditions, language and culture. Lacrosse is the game of their fathers and grandfathers. It's their heritage and part of their creation story. Since it's traditionally not played by women, the relationship the girls have to lacrosse is complex. Ultimately, cultures must grow and change to survive. 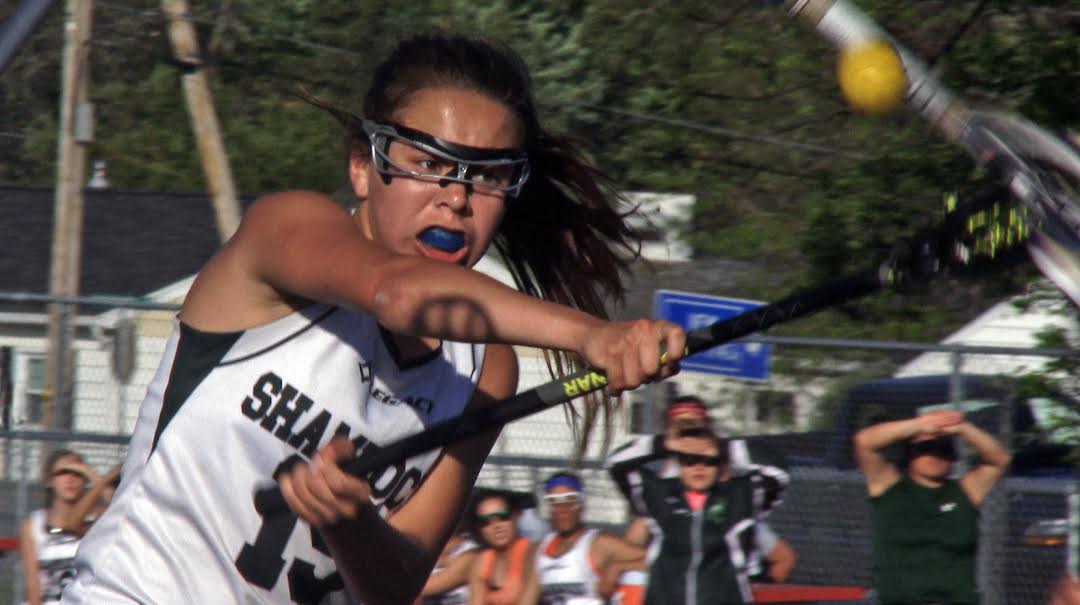 Jacelyn Lazore shoots in the documentary "KEEPERS OF THE GAME." Photo by Peter Eliot Buntaine

In that same vein, "We Could Be King" also focused on the complicated nature of high school athletics. How did filming that project change or influence your creative process going into "Keepers of the Game"?
I don't think there are any shortcuts to making these types of documentaries. You have to immerse yourself in the community and get to know your subjects. In both films, I was coming into communities as an outsider and I knew I had to put in the time. I moved to Philly for "King" and moved to Akwesasne Mohawk Territory for "Keepers" with my crew. We spent months getting to know our subjects and earning their trust. There were added layers with "Keepers." This is a film populated by woman and girls. It's also a community where it's difficult for outsiders to film aspects of traditional life. We were fortunate to earn the trust of the Clan Mother Louise Herne, who was also the mother of a player on the team who became one of our subjects, Tsieboo. Taking her lead, we were able to get access to the Longhouse and Sweat Lodge. We would film in the Longhouse, but we would also participate in the greeting in Mohawk and dancing. We were truly welcomed into the community. It brings home what a responsibility it is to represent a community accurately. On the other hand, this is also a story of coming of age, which is something it shares with "King" and many of my films. The experience of being a teenager is something we all can relate to, and I learn something new in every film about telling that universal story.

"The experience of being a teenager is something we all can relate to, and I learn something new in every film about telling that universal story." Judd Ehrlich

What's the biggest thing you learned while filming "Keepers of the Game"?
I learned so much. No amount of research could prepare me for the experience of living on the Akwesasne Territory for about six months. This is a community that is coming back from centuries of persecution and marginalization. There is work to be done but there are so many people in this community who care about the next generation and I ultimately left filled with so much hope for the future of Akwesasne. It's a place of great strength.

What do you hope people take away from the film?
What people take away from a film is deeply personal but I hope that people connect to the subjects of the film and leave somehow changed from having watched. There are many films that have changed the way I think and I hope that my films can have that kind of impact on others. I do think that "Keepers" is a very unique representation of a Native American community that is as informative as it is entertaining and uplifting. For a broad audience, I hope it opens a window onto a culture they may know little about, and that they may gain a new respect and appreciation for a way of life very different than their own.

What advice would you give to young directors hoping to make a name for themselves?
Don't think about making a name for yourself. Focus on telling stories you're passionate about and let your subjects be your guide.

"Don't think about making a name for yourself. Focus on telling stories you're passionate about and let your subjects be your guide." Judd Ehrlich

For more on this year's TriBeCa Film Festival, watch the video below: 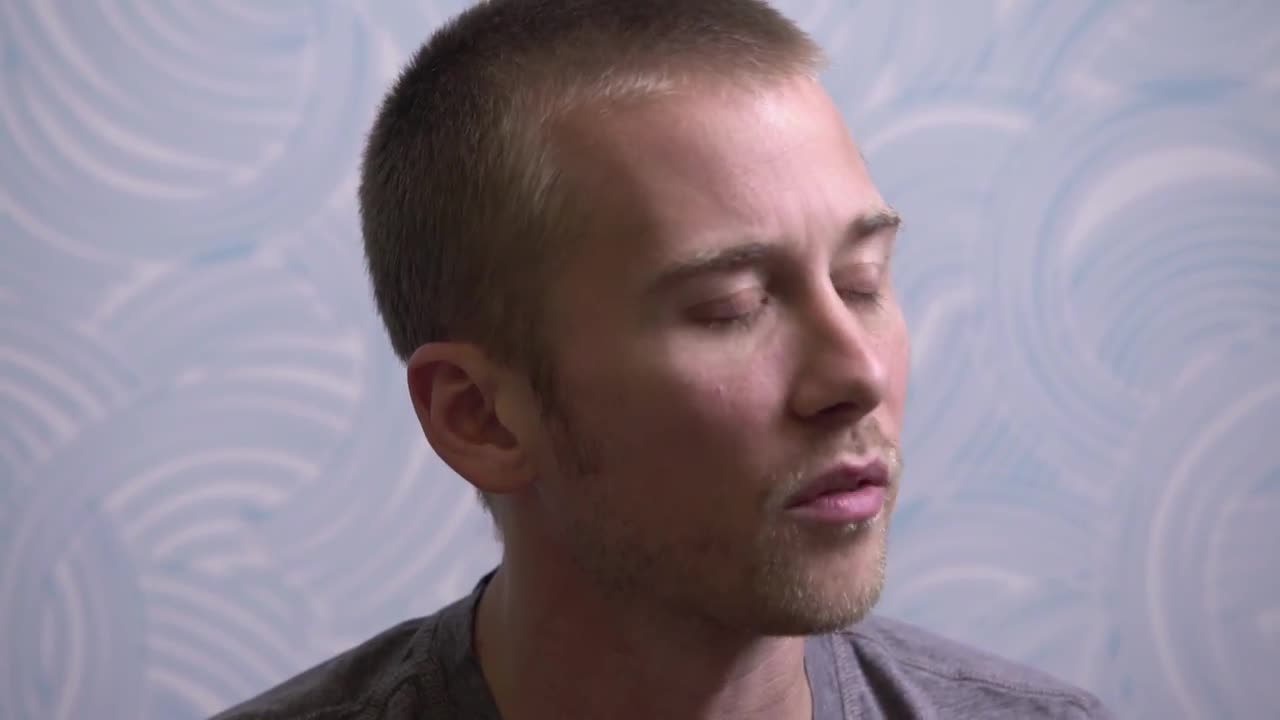