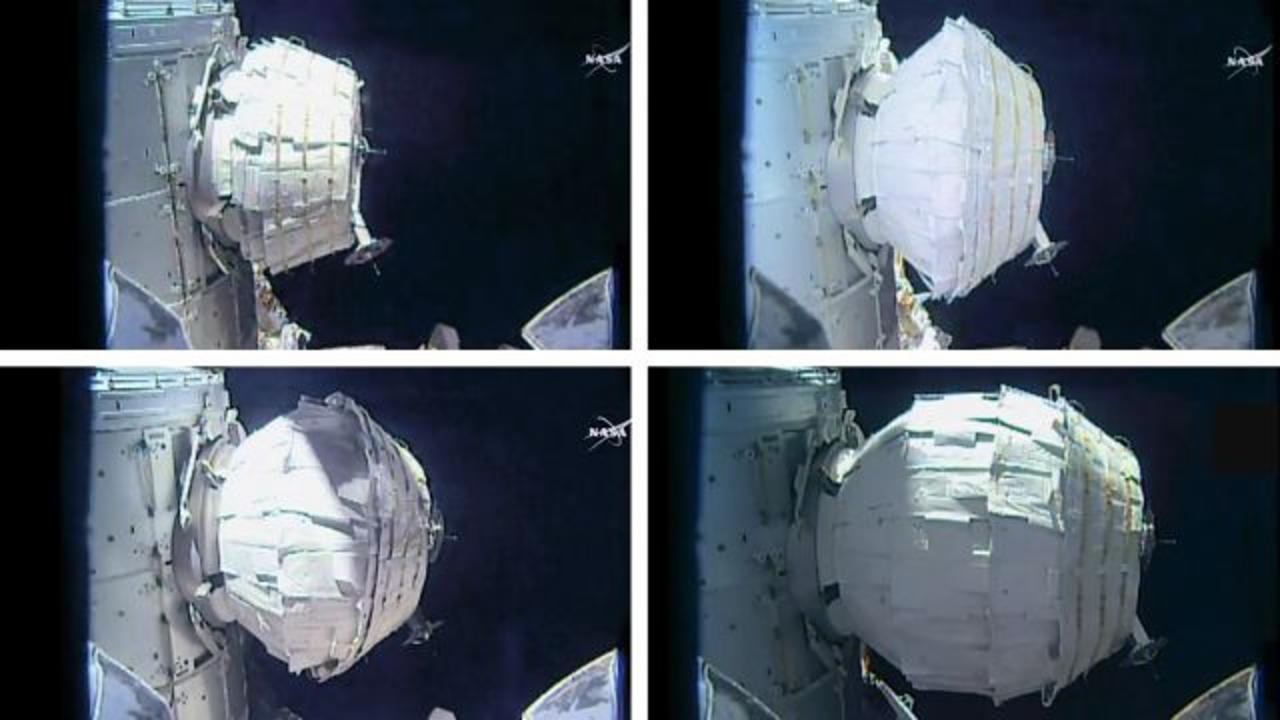 Astronauts aboard the International Space Station on Saturday inflated an experimental fabric module that may provide a less expensive and safer option for housing crews during long stays in space, a NASA TV broadcast showed.

Designed and built by privately owned Bigelow Aerospace, the Bigelow Expandable Activity Module, or BEAM, is the first inflatable habitat to be tested with astronauts in space.

NASA is looking at future inflatable modules to be used by crews on three-year missions to the planet Mars.

See photos of the new habitat:

Working from inside the space station, astronaut Jeff Williams began inflating BEAM shortly after 9 a.m. by opening a valve to release air into the module.

"That is good news," astronaut Jessica Meir radioed to Williams from Mission Control in Houston.

Over the next seven hours, Williams continued to feed bursts of air into BEAM until it gradually unfurled. Eight tanks of air inside the module then opened to fully inflate BEAM to the size of a small bedroom, a 10-fold increase in volume.

Williams and his crewmates will wait about a week before entering the module to install radiation, temperature and other sensors, NASA said.

An initial attempt to inflate BEAM on Thursday failed, most likely because of friction within the module's layers of fabric, foam and reinforced outer covering, NASA said.

"It's a learning process," Huot said. Everything will influence the design and operation of expandable habitats in the future."

NASA plans to keep BEAM attached to the station, a $100 billion research laboratory that flies about 250 miles (400 km) above Earth, for two years to see how it fares in the harsh environment of space.

Bigelow Aerospace aims to fly inflatable space modules 20 times larger than BEAM that can be leased out to companies and research organizations.

More from AOL.com:
NASA image of Earth reignites North Pole is hollow conspiracy
Why Mark Cuban (and every other shark) wanted a piece of this lantern company
How to get rich: 8 steps to make your first million dollars