What an illegal immigrant did to get nearly $30,000 in benefits will make your blood boil 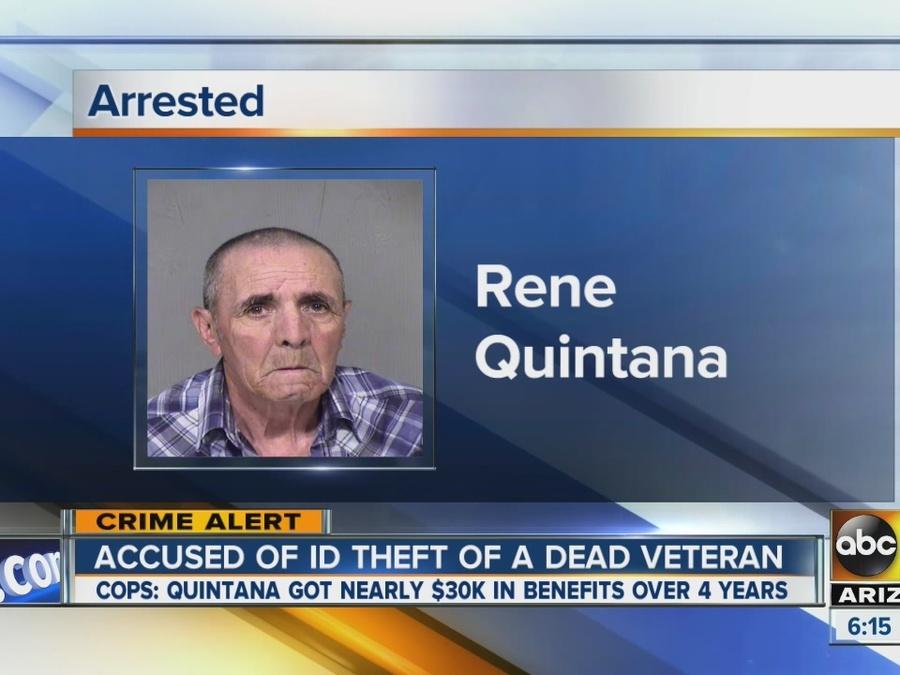 A 69-year-old illegal immigrant living in Phoenix, Ariz. has been busted for assuming the identity of a deceased veteran to get heath and social security benefits over the last four years.

RELATED: An illegal immigrant's alleged sex crime against a 12-year-old girl is sick, but here's the worst part

According to ABC 15, Rene Ortiz Quintana assumed the identity of Ruben Gallardo, who has been dead since 1994.

RELATED: Deporting all illegal immigrants would cost eight times as much as the feds spend on law enforcement

As a result, Quintana faces charges of fraudulent scheming, theft and seven counts of identity theft and six counts of forgery.